Green Float is a new conceptual model for environmentally friendly cities. The idea is to construct artificial islands in the Equatorial ocean, with the aim of achieving self-sufficient, carbon-negative cities with zero waste. Green Float is a concept for a series of floating islands with eco skyscraper cities, where people live, work and can easily get to gardens, open space, the beach and even “forests”. Islands are connected together to form modules and a number of modules grouped together form a “country” of roughly 1 million people. In Green Float, each cell of a radius 1 km - an easily walkable distance - is defined as a single district. A module consisting of cells is defined as a city, and a unit consisting of cities is defined as a country. So, as the population increases, the cities could grow like water lilies. Out of consideration for the marine environment, to ensure that light can reach the ocean depths, Green Float isn't fixed in place; instead, it floats slowly on the ocean current. Green Float will be built by "marine smart engineering," utilizing the buoyancy force of seawater. This will enable it to be built safely and efficiently.

Descriptive of Author : An artificial island on the Equatorial Ocean 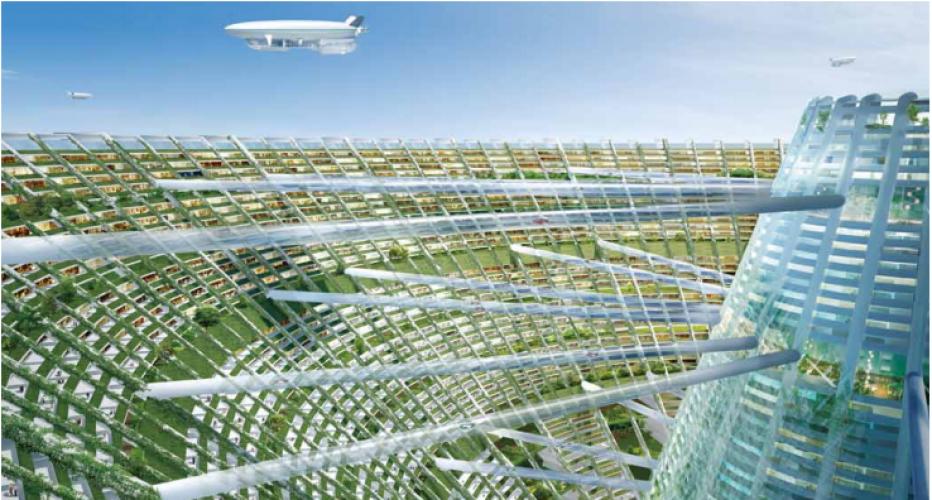 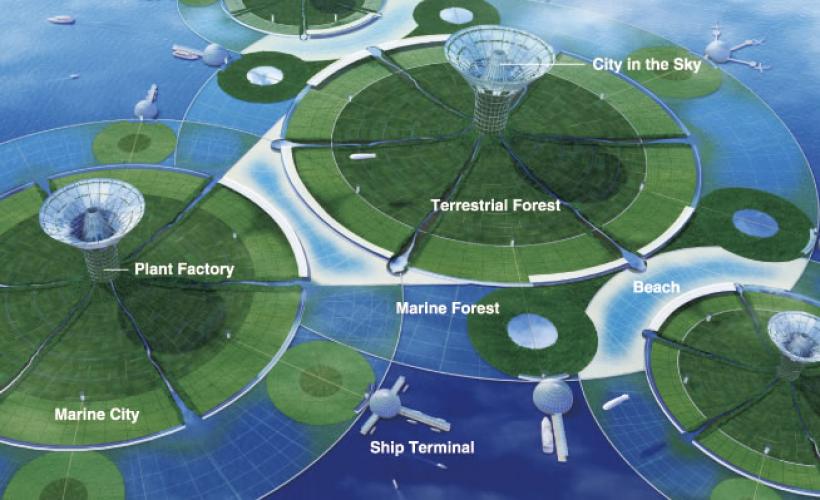 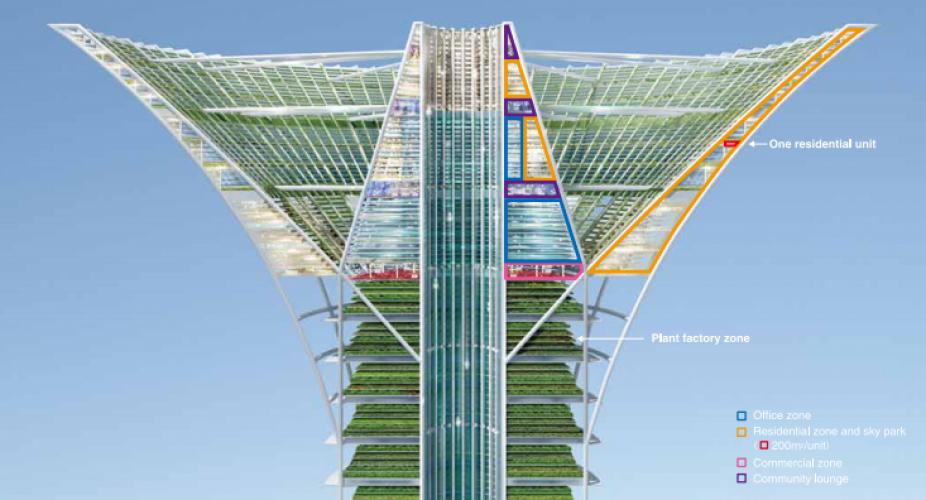 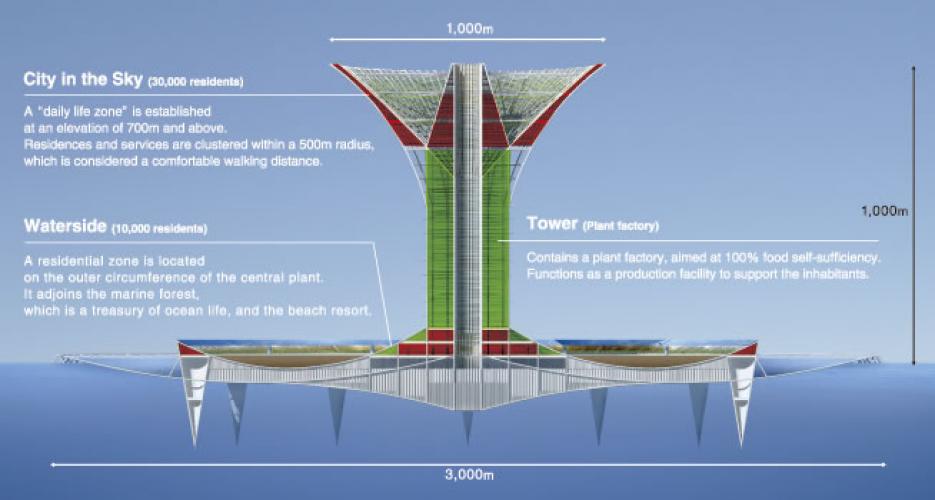 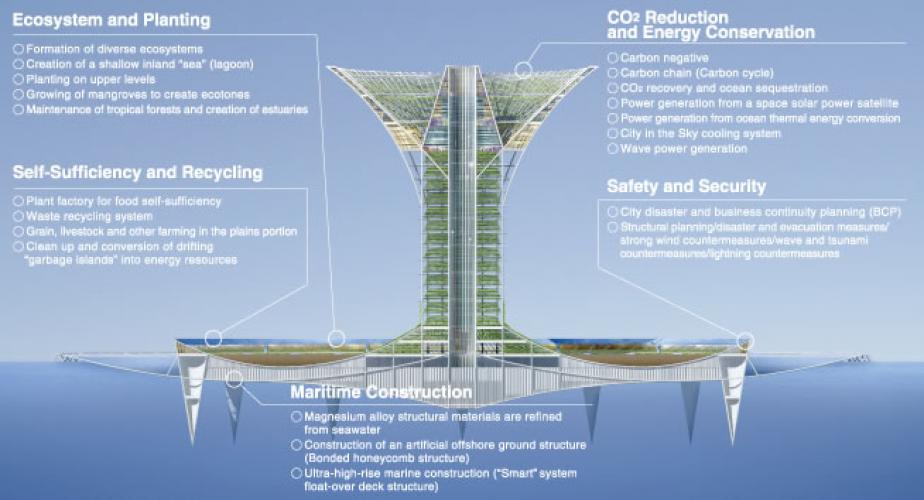