The project proposes to recycle a oil platform into acility for desalination. Located at sea, it absorbs the water through pipes that stores it and using a reverse osmosis system, purified and redistribute drinking water to local populations. Most countries marked by drought are surrounded by non-potable water. Exploiting older platforms located near the coast and in reconverting the factory seawater desalination we can provide a lasting solution to the population. Being able to make self-sustaining populations in fresh water and electricity will be the basis of this project. The supporting structure is made of wire mesh remains of the old oil platform. A tinted transparent skin which protects the interior of the building to the vagaries of time and weather conditions. Once the water is brought to the station, it is filtered, purified by a membrane system reverse osmosis to make it potable. The extracted water is produced and stored in large glass tubes. The energy production system is provided by a field of turbines at the foot of the platform. The latter through the ocean current, active propellers producing the energy needed him desalination system providing electrical autonomy. The energy produced by the turbines is redistributed to operate tubes reverse osmosis, purifying seawater Put the swell energy service stations désalinisations is to use all available resources.

Descriptive of Author : Rehabilitation of an oil station ina self-sufficient facility for desalination. 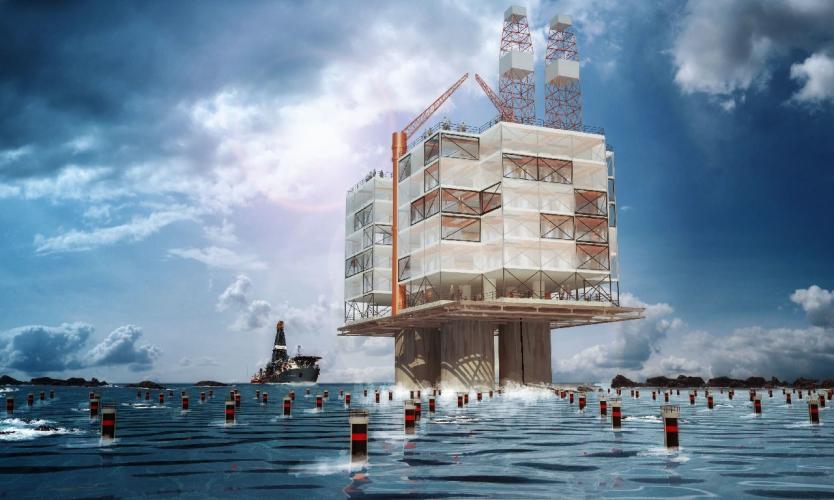 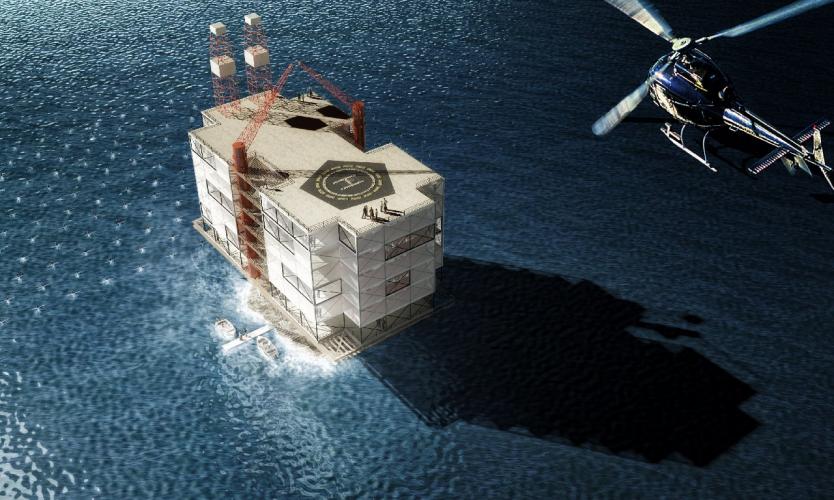 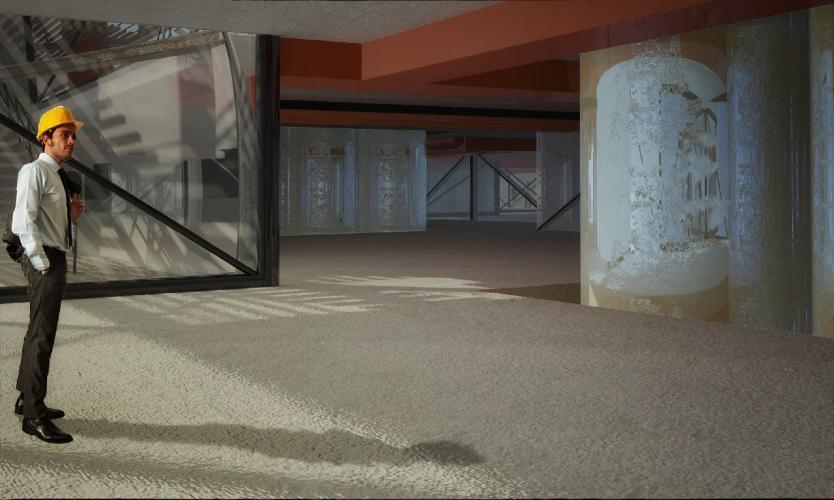 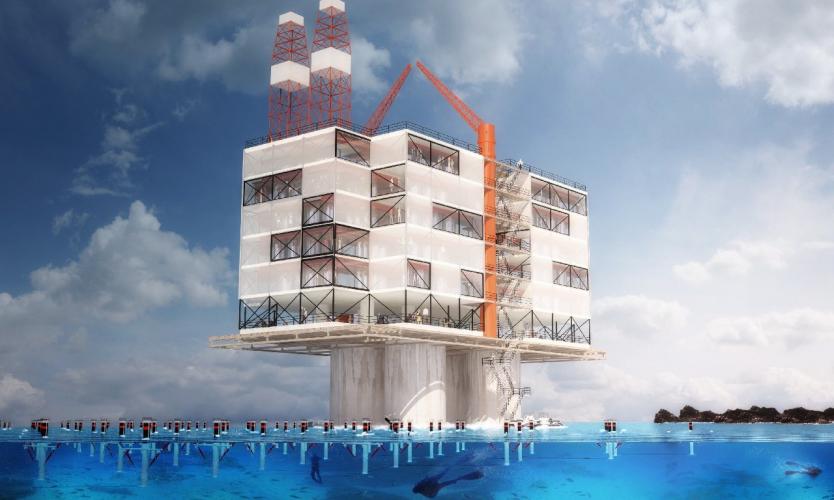 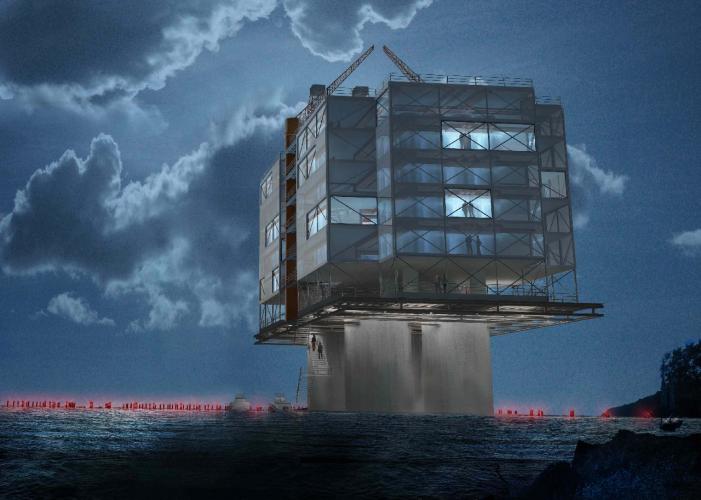