Title : Ross Island: A case of perishing paradis
Author : Adhish Parkar
Nationality : Indian
Year : 2019
Location : Andaman and Nicobar Islands, India
Biography : I graduated as an architect from KRVIA, Mumbai University. I have participated in exchange workshops held in China and Taiwan and an urban design summer course at ETSAM Madrid. I have worked with various firms, such as PYHT and Studio Unbuild, Mumbai, Alleya & Associates, Kolkata, junya.ishigami + associates, Tokyo and as a teaching assistant at KRVIA. My graduation thesis project has been recognised on various platforms and has won the award of Best Thesis project worldwide organised by Unfuse
Type : Nominee
Scale : M : Groups of buildings
Size : 5000
Capacity : 500

Ross Island in South Andaman presents an unique condition in terms of being a ghost island due to its rapidly sinking landform. The island served as a satellite city to the city of Port Blair before it was abandoned. At present, with the settlements concentrated in Port Blair, Ross Island serves as a tourist centre to the mainland and is an active naval base. Historically, it has proven its geographical significance to fight wars and to mitigate disasters such as tsunamis and cyclones. The island today, is a repository of historical ruins, belonging to various eras and shelters a rich biodiversity. The design proposal looks at the relationship of the past memories of the island with its present state and prepares to celebrate its subsequent death. It accepts the reality that eventually, the island will sink, thus explores the possibilities of embracing the rising sea levels. The design attempts to address the rich historical background of the island through a series of pavilions dedicated to the three major time periods of its past; Tribal, British and Japanese. These pavilions act as glimpses into the island’s history and future, reminding its inhabitants as to what the island was and would be. The pavilions allow continuous unhindered access to the nature trails that connect different regions of the island and blend seamlessly into the surroundings. These pavilions serve as permanent markers, scattered across the island as they continue to withstand the climatic changes. The design also consists of an observatory, with instruments dedicated to the scientific study that monitor climate change. These instruments, strewn about the nature trails form part of a research and awareness centre.The core structural system innovates in a way so as to continue to function in spite of the rising waters. The island becomes a space to experiment, to archive, to observe and to explore ways of combating climate change. The pavilions serve as tools to initiate these explorations

Descriptive of Author : An experimental journey towards the island’s eventual death, depicts by markers of its explorations. 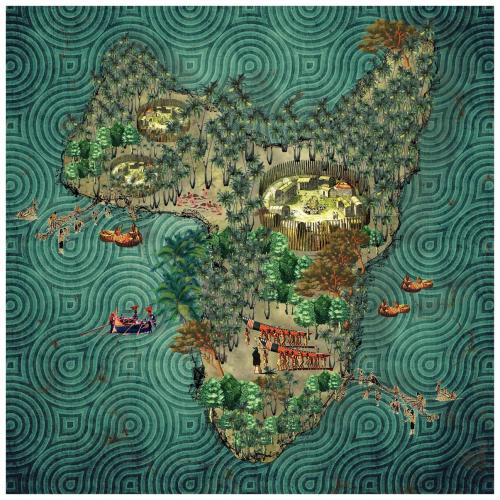 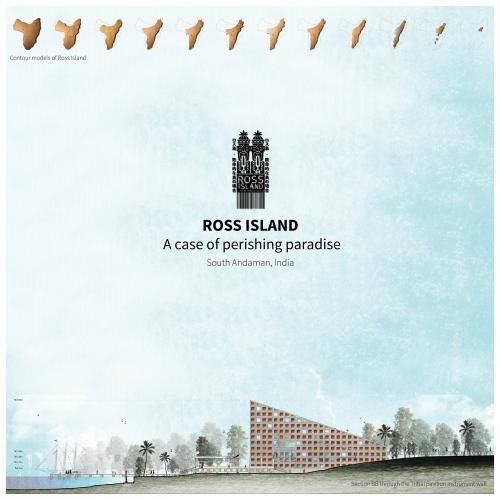 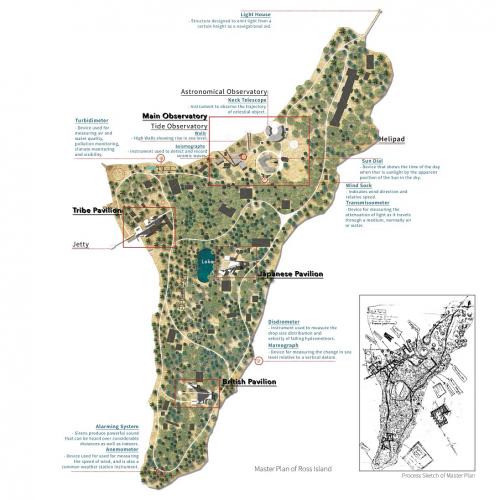 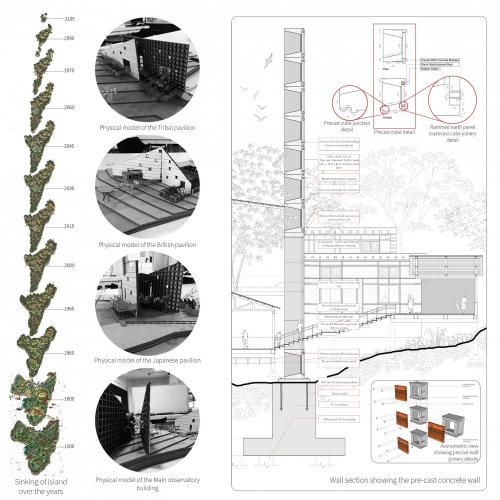 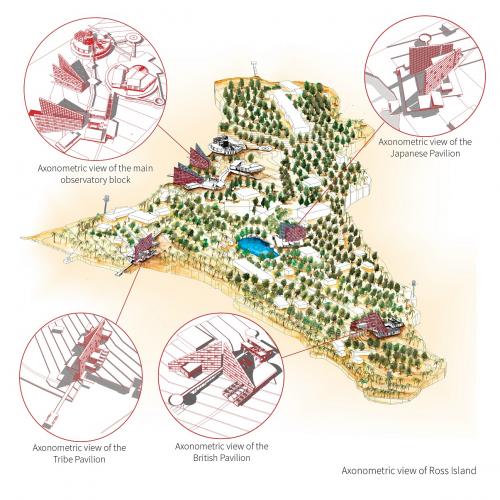