The very existence of atoll nations such as Tuvalu is threatened by rising seas. In response to risks associated with climate change and desires to seek opportunity in the ‘Land of Milk and Honey’, already 1/3 of the Tuvaluan population has migrated to Aotearoa (New Zealand), with the majority settled in the western area of Auckland (the largest Polynesian city in the world). While the factors driving migration may be modern, Tuvaluans also have a historic connection to Aotearoa; they are close cousins to the indigenous Maori population, with many similarities across culture and language. The New Zealand government has recognized the important role its islands can play as a site for those displaced by climate change, and is in the process of creating a new visa category for ‘climate refugees.’ In response to these factors, this project proposes a utopian vision for a translated Tuvaluan archipelago in Auckland, New Zealand. Instead of replacing the atolls—whose futures, while threatened, remain uncertain—this alternative archipelago envisions an additional semi-autonomous network for Tuvaluan cultures and livelihoods to fl ourish. The atolls and their particular communities (or fenua) provide an organizing device for a system of housing, cultural space, and productive activities. A circular economy, driven by fi sh harvested in Tuvaluan waters and powered by a community-owned wind turbine, links the fenua communities and provides a degree of self-determination while also facilitating connections to the local Maori iwi (tribes), other Pasifi ka (Pacifi c Islander) people, as well as the larger Auckland community. Architecturally, this is achieved through a combination of suburban retrofi ts in sprawling West Auckland, as well as new hybrid architectural typologies which accommodate extended family living and translated cultural practices, drawing on indigenous traditions and contemporary technology.

Descriptive of Author : A Tuvaluan Archipelago in Aotearoa / New Zealand 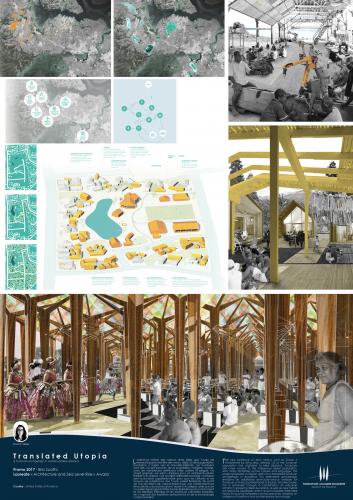 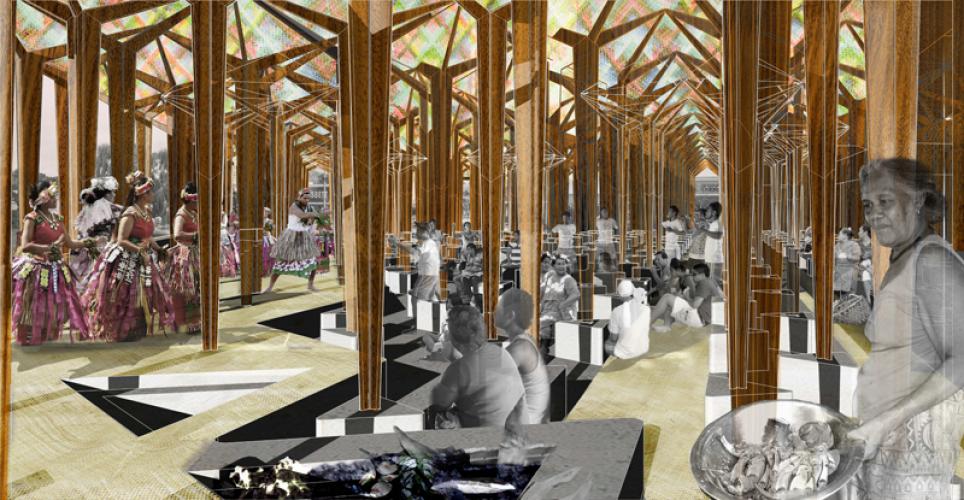 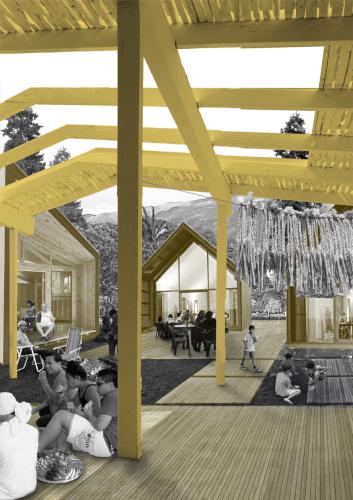 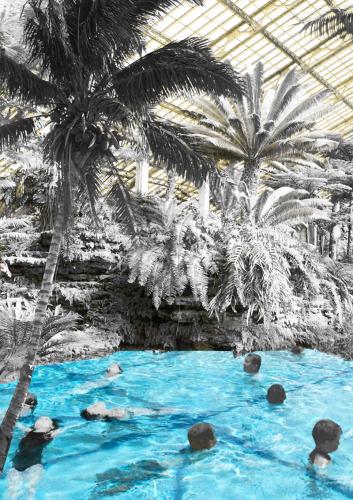