Our earth is facing two major problems in the future. One of them is global warming, causing a sea level rise that is putting about 40% of the worlds population living in low coastal areas at risk. In the meantime already dry regions are proned to become deserts. The other one is the persistent growth of population, presumably hitting 9.7 billion humans by 2050. Being one of the most densely populated countries in Europe and the only one who would be affected by a sea level rise of one meter amounting to 47% of its state territory, the Netherlands are highly endangered. « Adapting infrastructures » is to be seen as a floating urban extension to an existing city such as Amsterdam. A custom-designed tube structure reinvents the infrastructural system as known so far. At least two thirds are underwater, containing the necessary power grid (with electricity produced by solar panels), a heat supply structure as well as several water treatment plants. Big parts are used for vertical farming, food production and a new form of food distribution. Crops are harvested and food is produced when previously ordered. Robots deliver the products to each apartment using pipelines right below the streets. The street level is used for faster transportation. Trams are solely riding on the main tubes, able, while cyclists can move freely on all streets. At this level, the buildings accommodate business, retail and cultural facilities, making this platform the urban center of the city. Using ramps, the inhabitants can switch to another level situated above. This pedestrian area generates a calm environment for the housing districts/residential spaces. Each block has an inner green courtyard, interconnected to the other courtyards as well as larger city parks. Therefore it is possible to move through the city by walking on a man-made landscape. 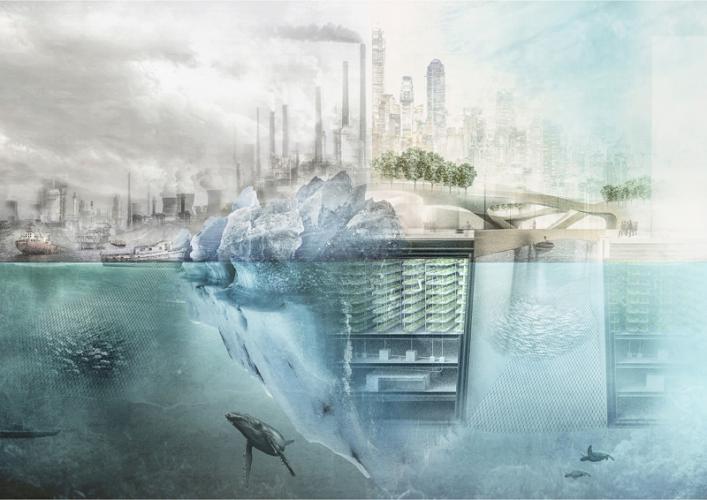 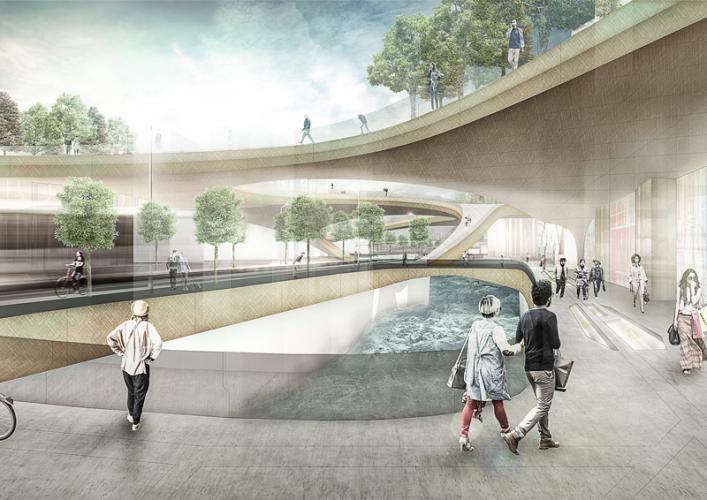 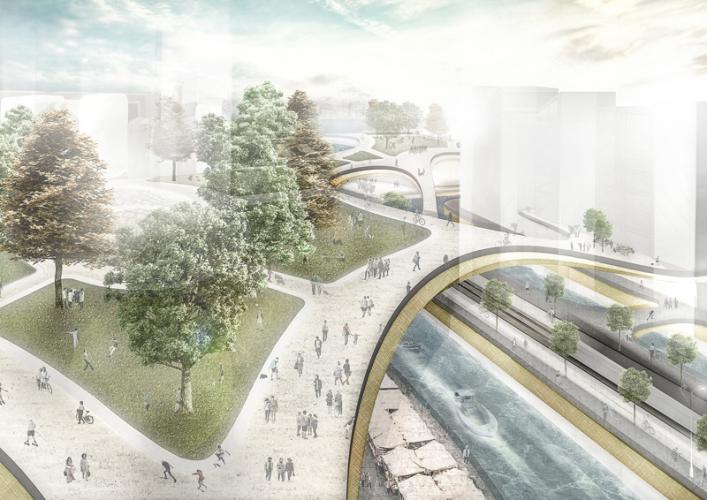 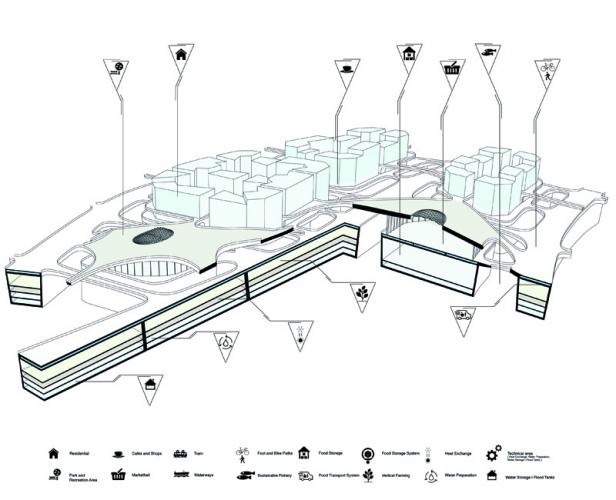 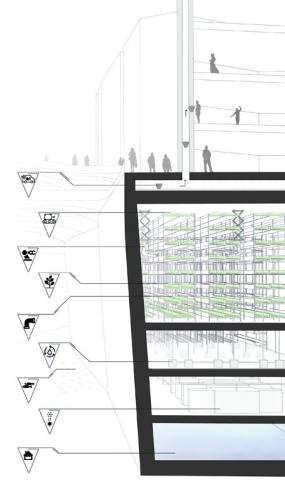 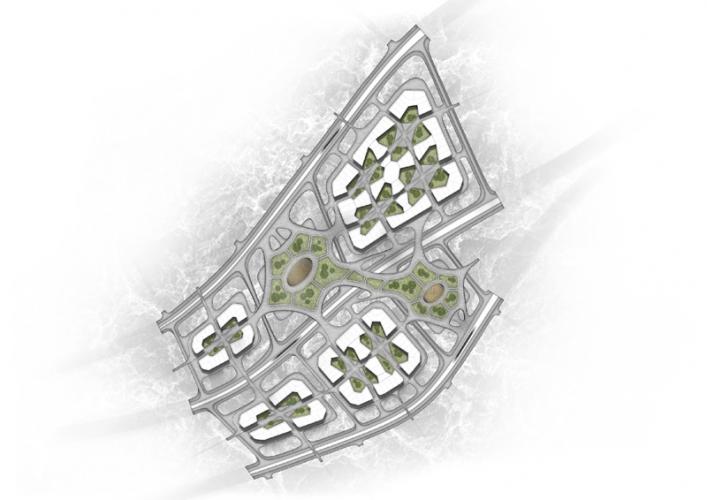 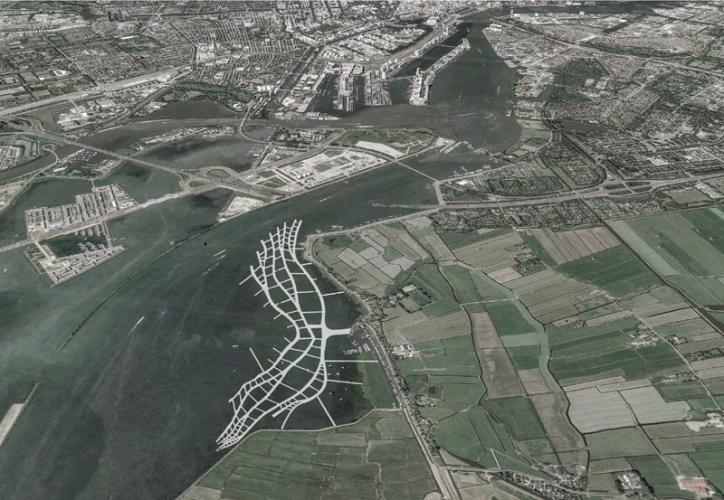