In the small village of Doel, close to the Port of Antwerp, lays one of Belgium’s two nuclear power plants. In recent years, augmented sea-level-rise-awareness and concrete plans to shut down the plant have caused this specific region to become a point of interest for future development. In 2005, the Dutch and Belgian government agreed to take precautionary protective measures along the northern coastline and proposed a new tidal area of 4500 hectares (Sigma plan). Till today however, political and financial traction to construct such landscape fall short and the plant remains operative. In our approach, we accept the future at hand; it combines the much-desired expansion of the tidal area and the closing of the nuclear plant, whilst generating a meaningful identity as tidal park adjacent to the city center of Antwerp. What might seem a utopic design at first is in fact a realistic point of view, introducing a reality shift of human intervention: by allowing water to take over the land, the two cooling towers – the only interesting architectural residues of the plant - rise majestically above a lonely, meditative landscape. These monumental towers are easily re-interpreted as commemorative artifacts with 126 years of deceased beloved ones inside its concrete skins. 431.340 Resting urns that embrace the now ethereal Doel as the Necropolis of Antwerp. This is low-tech futurism. 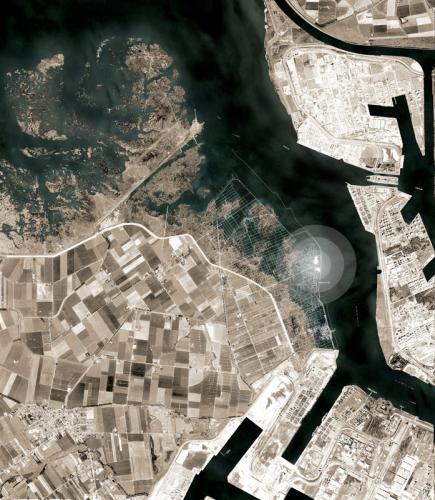 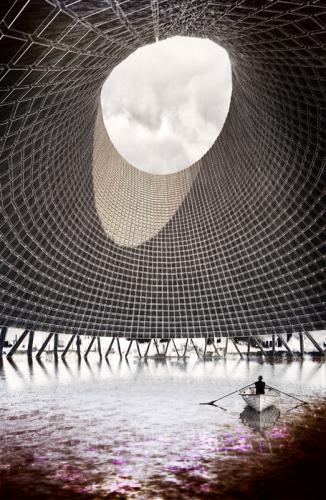 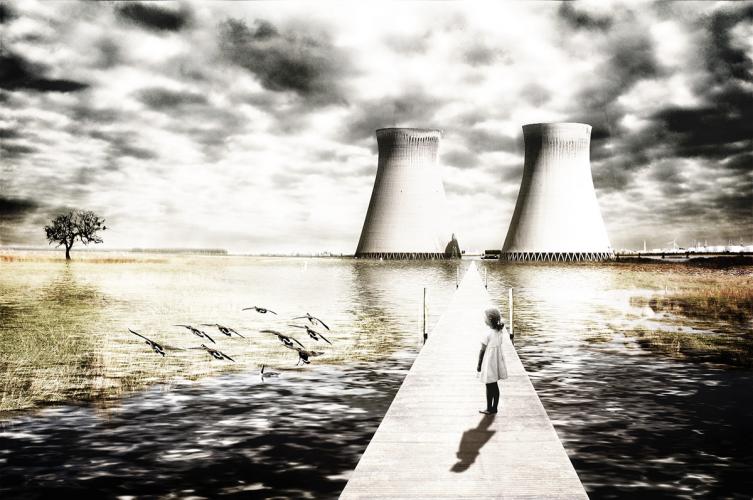 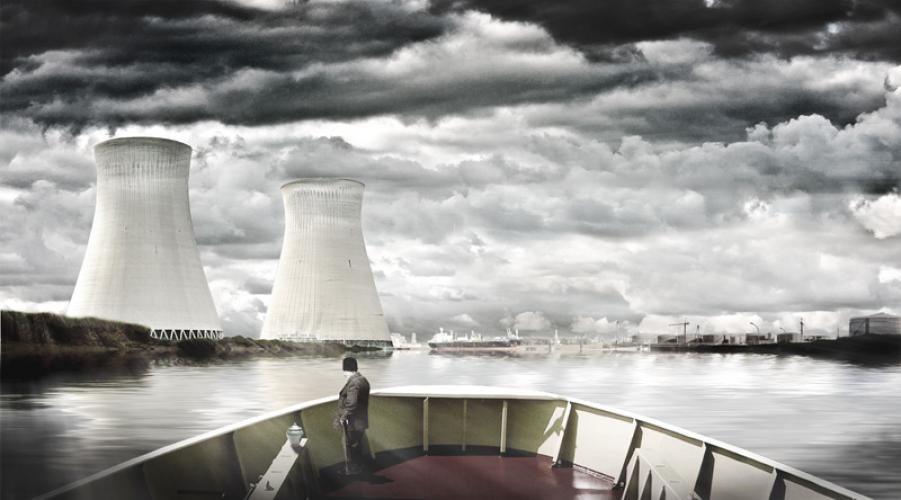