How many of you have ever dream about living in Mars? If you pay attention to the proposals of Martian settlements, all of them offer a low-capacity, scientific-lifestyle, earth-reliant and standardised modules. Mars Million Colony shows the way to develop the urban colonization of Mars, at least to reach a million population colony; a city built and managed directly from Mars. As a Martian citizen you will have access to (apart from an infrastructure that covers all your biological needs) your own private property, a democratic self-government and new forms of leisure and business opportunities. The way to build all this system has to be the less earth-reliant, due to the great expense of the space travel; thus, in Mars Million Colony the only premade units brought from Earth are a tunnelling-extruder machine and some 3D printer robotic arms. The colony starts in a crater with a first tunnel ring that holds the isolated pedestrian walkways, a vacuum tubular public transport system and the railway for the robotic arms that prints every building. It grows through concentric rings and radial tunnels that can connect to new cities. You can order your house from Earth and they will be finished before owners’ arrival. It can be built as a regular house but has to suit a Mars equipment and constructive standards, such as isolation modules, atmosphere control devices or a gym to keep you fit in Mars low gravity. Raw materials employed are those extracted directly from Mars, as dirt, minerals, ice, gases… Therefore walls are made of a Martian concrete that provides cosmic ray protection and thermal insulation, and likewise are the ice windows. Mars Million Colony will become a self-sufficient country with its own culture, society and way of life. A future city designed for people of today. 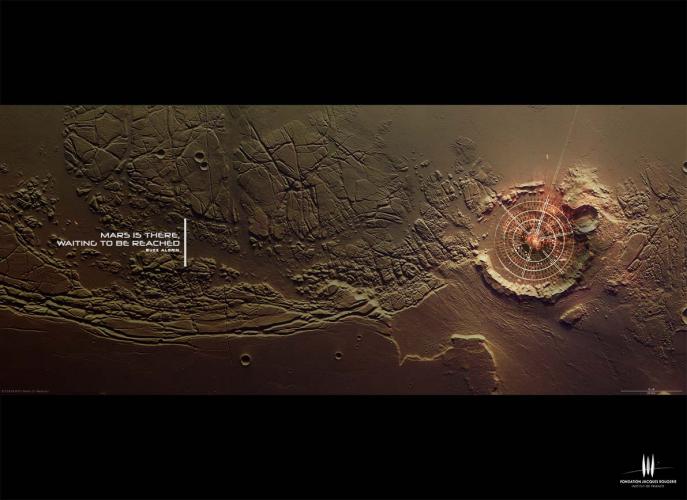 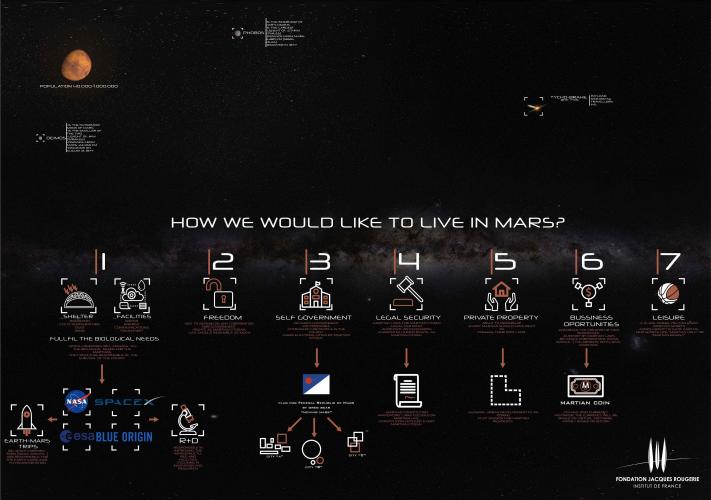 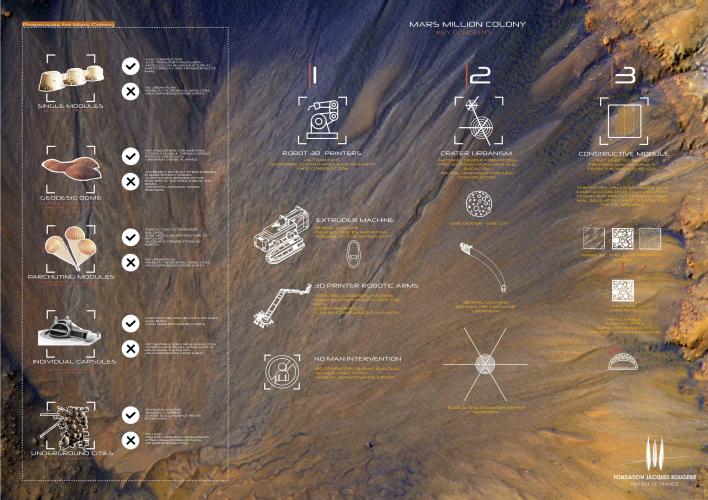 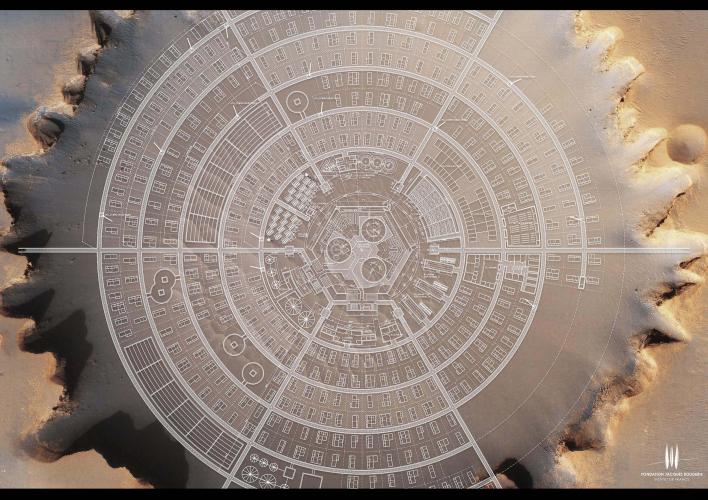 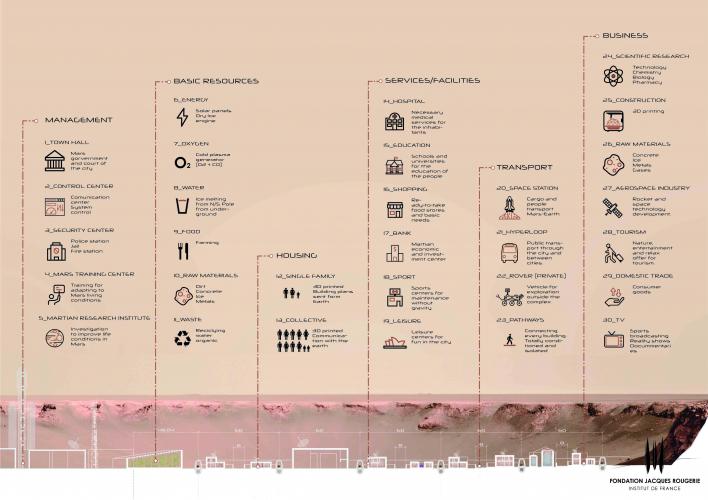 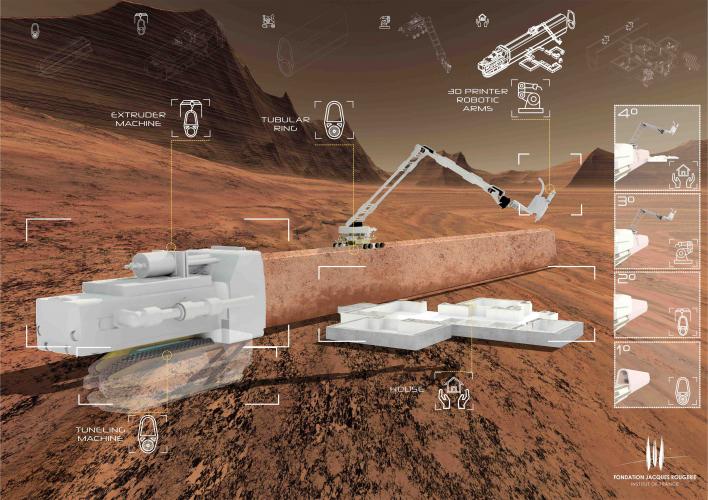 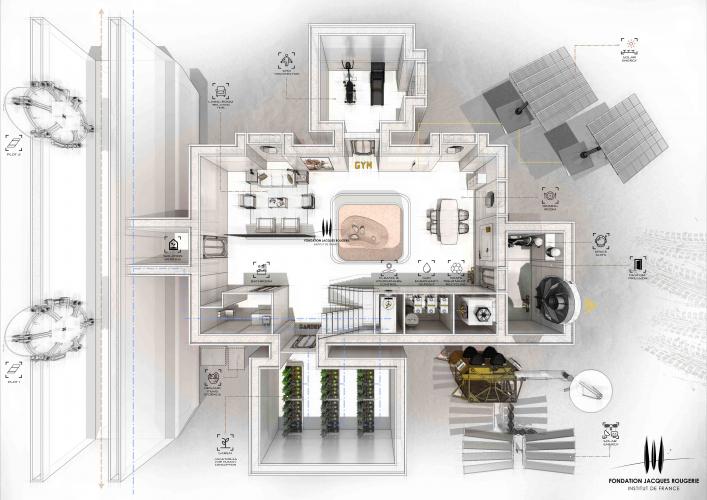 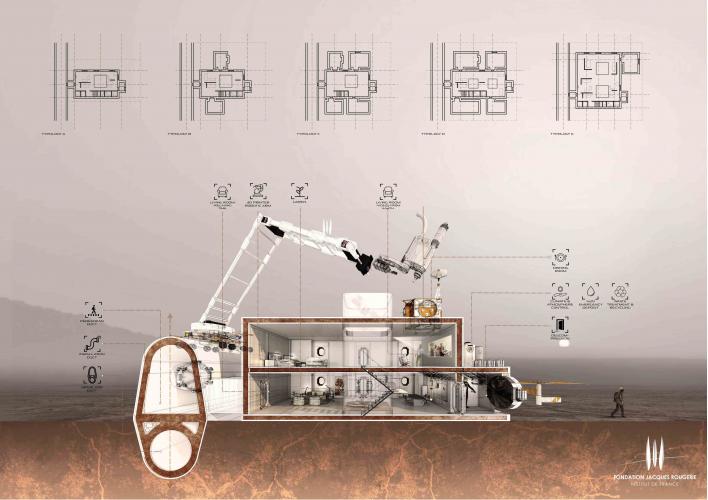 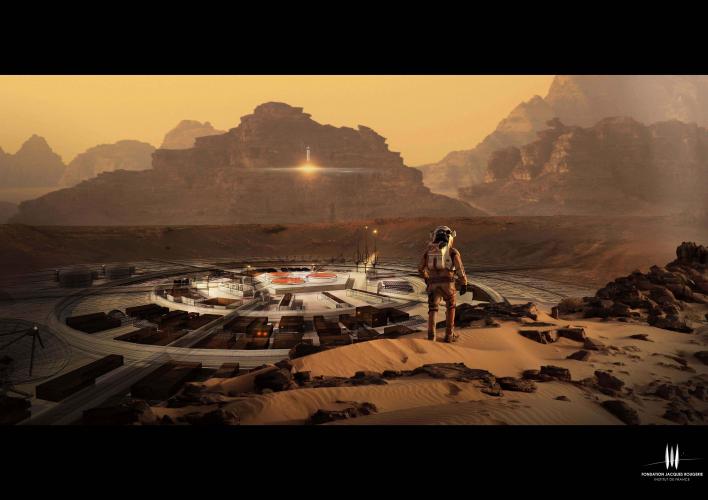