Inspired by our earth legacy from ancient civilizations and in order to extend our legacy outside earth for future generations. “Key of life solar satellite “is a wireless energy transmission or electromagnetic power transfer that mainly falls into a far field or radiative technique also called power beaming, power is transferred by beams of electromagnetic radiation, like microwaves or laser beams. These techniques can transport energy longer distances, and this kind of transformation is created by an antenna; in which it is an array of conductors (elements), electrically connected to the receiver or transmitter. Moreover, it plays a significant role by being used effectively as a shelter to provide immediate safety to create quick staying paths through space. In order for Key of life solar satellite to work normally its divided into different: WINGS: Made up of an array of flexible solar panels or photovoltaic system in which defined as solar wings for two purposes: it generates and supplies solar energy directly from the sun, also creates a technique called piezo-electric effect originated from its movement as a solar sail. Solar sail is a method of propulsion commonly propelled by the photons and "solar wind". the absorbed momentum would move the wings generating electricity by the piezo electric effect. Once optimal velocity had been reached, it would allow the wings to move generating more electricity. EYE: Is the interstellar positioning system (IPS). It is an interstellar navigation satellite system that provides galactic-location and time. An IPS receiver monitors multiple satellites in addition to connecting all satellites in a bigger network. TAIL: Is an antenna beaming charges to passing traveling space shuttles. RING : The ring is the part dedicated as storage of batteries and a temporary residence created to be used as a shelter for different users . 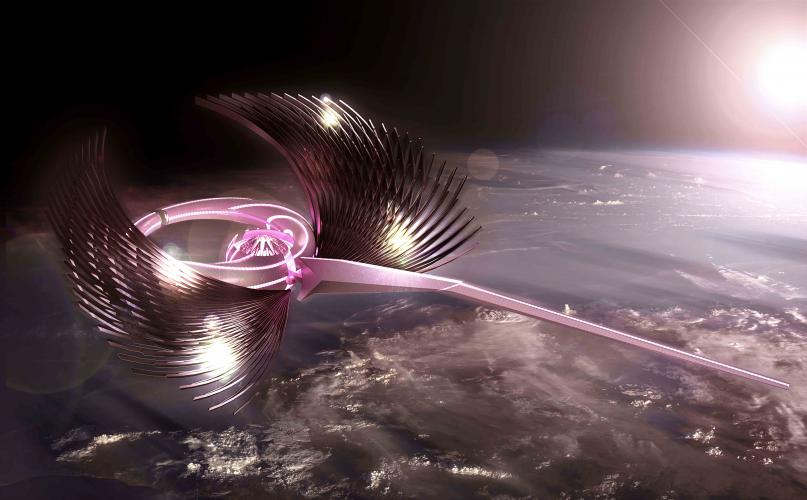 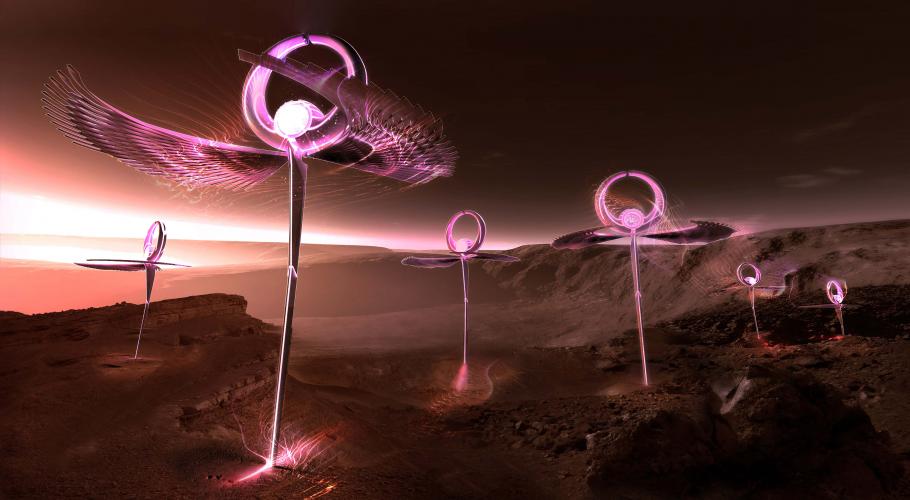 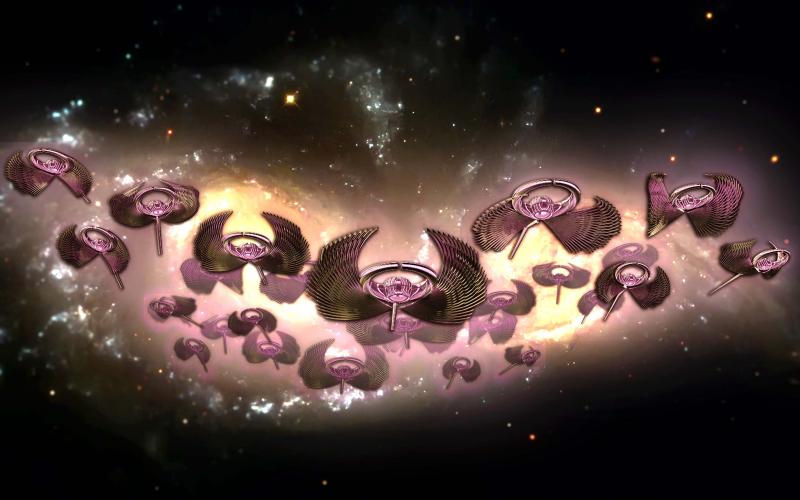 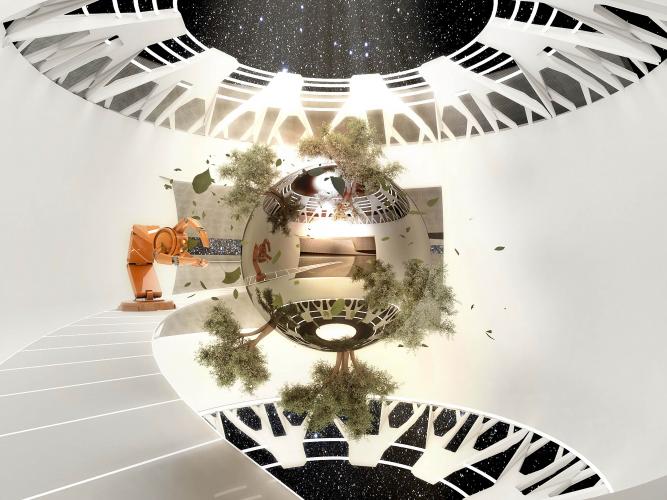 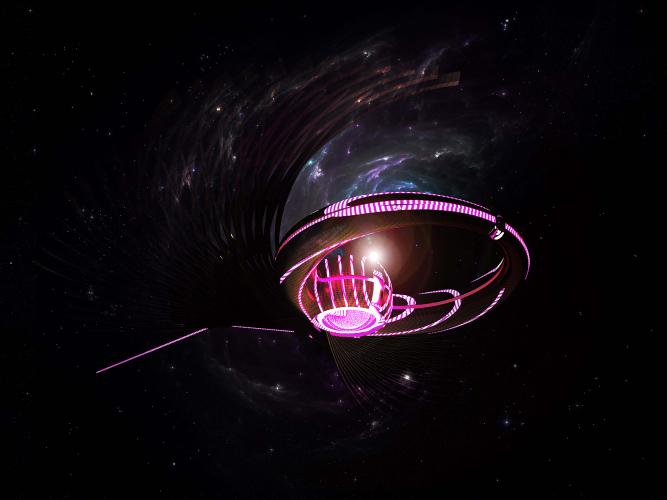 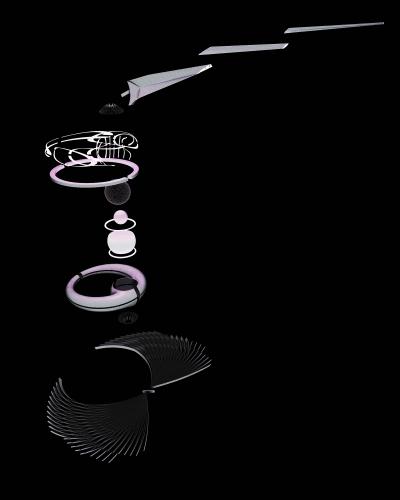