Existing problem Unfavorableness and ambiguous value of manned space flight results, uncomfortable conditions at the station. The proposed solution Creation of a OS, based on inflatable curing membranes. The construction is located on an orbit with an inclination corresponding to the breadth of Kourou spaceport. Technical features The load radiation level on Equatorial orbit is significally less than the existing one on an International Space station, and has a certain protection from solar flares. Also, a greater distance from the radiation belts provides an opportunity to raise the orbit of the OS and reduce fuel costs to the orbit maintainance. Technical solutions -thin mass radiation’s protection, -use of curable inflatable structures -housing space increase -opportunity to choose an arbitrary mode and cross-sectional structures area - use of cargo "Ferry" type ships to deliver supplies to the OS, use of these good is impossible on the ISS - Large linear velocity at the latitude of the Kuru increases the payload rocket, which is started to the OS; The OS supply can be made from Kourou, which is already deployed pads "Soyuz" and "Ariane", existing and future ships RSA and ESA: "Soyuz", "Progress" and ATV. Tasks - Space tourism. - Removal of spacecraft into geostationary orbit. -Carrying out the experiments on the station -Creation of an artificial gravity - Stand-alone modules work, ensuring traffic into high orbit - Provision expeditions to the Moon and into deep space Economy Bigelow Aerospace declared cost of creating their DOS. The price would be about 500 million USD. This project, taking into account the costs of adaptation Kourou, will cost a similar, perhaps slightly lower because of the technical simplicity and the participation of the Russian Federation.

Descriptive of Author : The concept of a Next-Generation Orbital space station 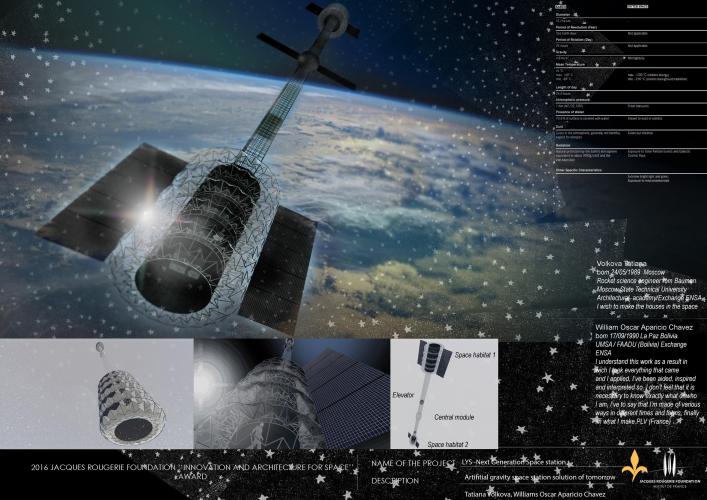 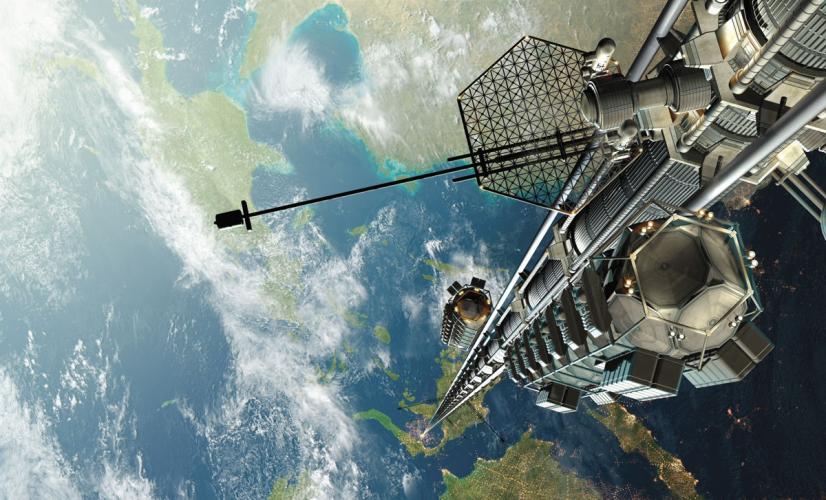 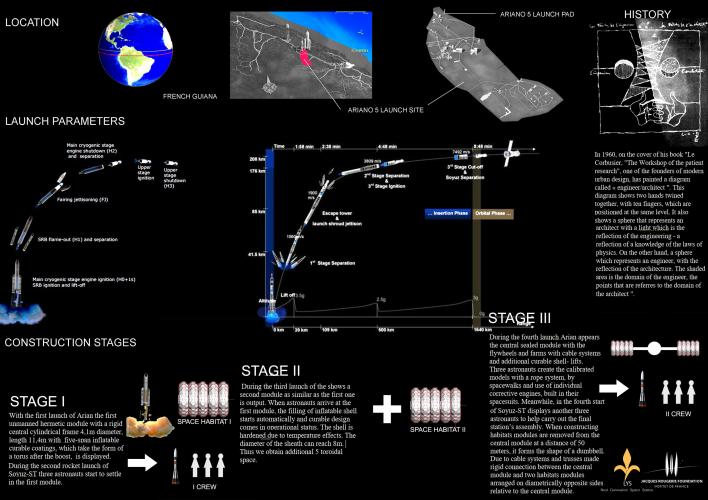 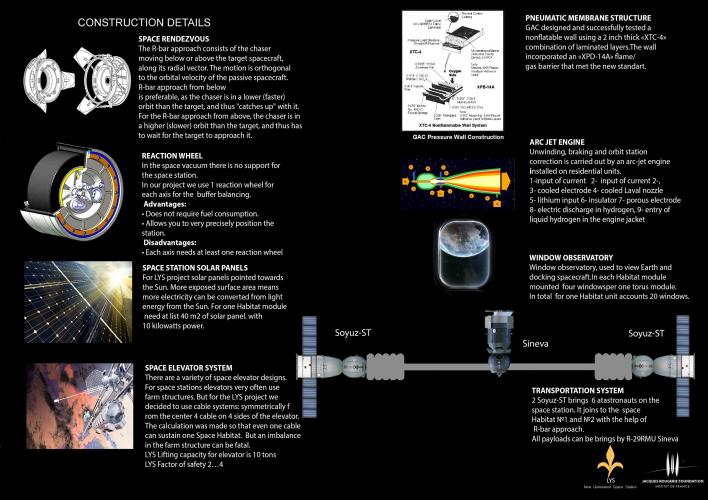 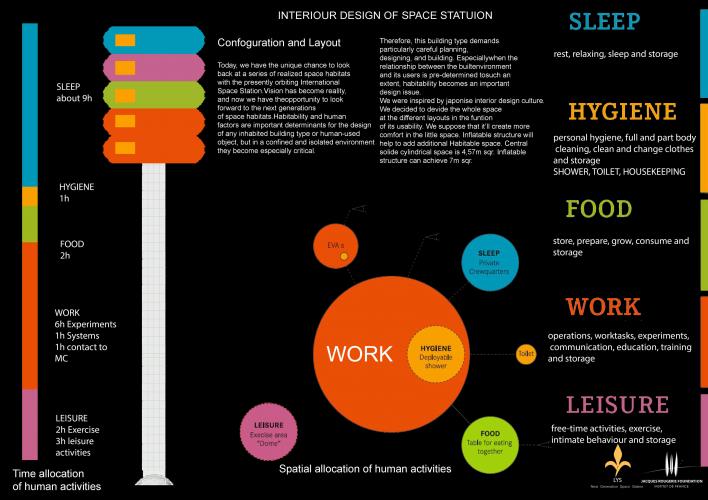