Ezekiel is a kinetic four-dimensional (space+time) visualization of a livable mechanism inspired by Ezechiel’s vision in the Sacred Scriptures. The design is focused on the concepts concerning how to create the energy necessary to explore space; how to collect, generate and transform the energy that will make possible a human habitat in space. The mechanism consists in a four pair of wings, each one connected to the other at the tips. They move inward and outward from their central axis and their sides maintain static. The wings are solar energy collectors, which through the wing movement will transfer the energy collected to the central spherical generator. This propulsion is also used to glide the mechanism through space. In this sphere, a spark is generated and rays of electricity travel through a shaft, up to each wheel. There are 4 sets of wheels as well; each one consists of two outer rings which move around a third livable static ring in the middle. The two outer rings generate a centripetal force, creating a local false gravity force, which makes possible to mimic the Earth’s gravitational pull, and also inhabit the third inner wheel, the Habitat. The shaft that connects the wheels to the wing mechanism is multifunctional. It functions as an elevator towards the wheels from the top of the wings, and as the electricity rays towards the rings from the mechanism’s spherical generator core. Further study for the entire mechanism can be made with a kinetic robot that moves self-reliantly, and could be tested in a zero gravity environment. For the wheels local simulated gravity force, a centripetal robotic mechanism can be used to test the interaction of this type of force inside and outside of the wheels. 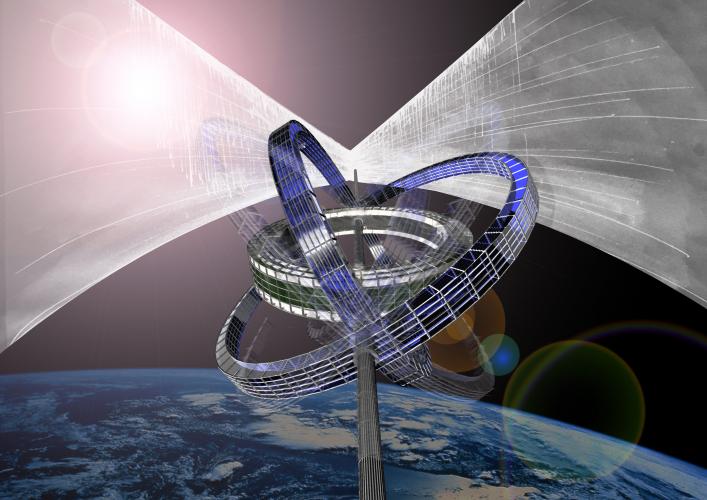 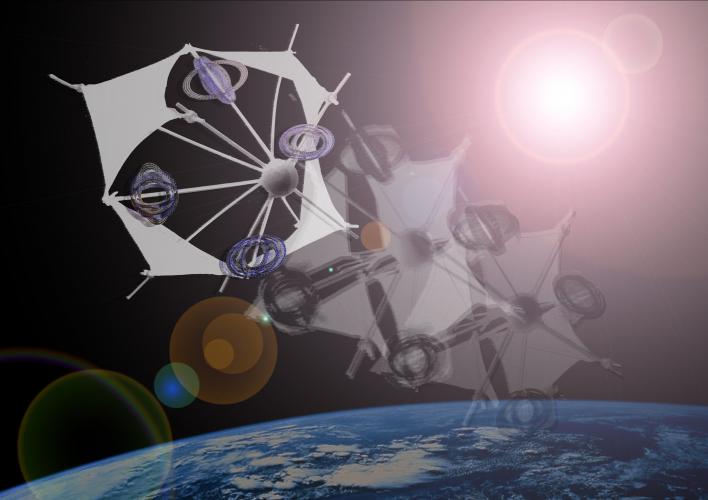 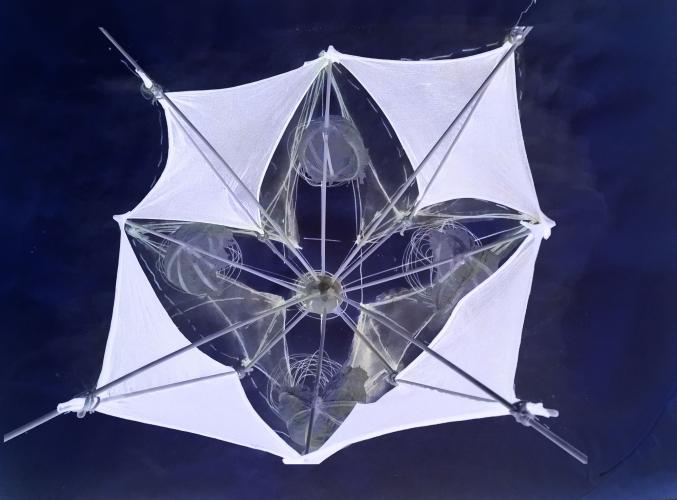