In the greek tale Icarus flights high product of the excitement , high enought for the sun to melt the wax of the manmade wings, so then the feathers fall as well as him. An analogy of this happends with space travel, it is quite tempting but at the same time dangerous if is not well understud and controlled. (if so can be posible to reach farther horizonts) Human endevour to reach for the stars has already began, nevertheless before deep space exploration there are some challenges that humanity has first to solve, one of this challenges is how to deal with the lack of gravity during long distance traveling. The problem rises due to the lack of g-forge which has tremendous effects on the human health , some of them are the reduction of Muscle and bone mass. In order to tackle the concept of using centripetal force for creating artificial gravity is one of the most feasible, it deals with a type of habitat which spins on an access creating force enough to mimic the gravitational conditions on earth. By determinating and specific radius and angular velocity the force of g 1 can be achieve offering enough human comfort to live long periods in outer space, but on the other hand exist the need of research on 0 g environments. This means that both types of environments must function together. This Project focuses on the shift between environments with g1 and g0 with the used of a transitioner network of pipes. The idea behind is to create a sort of spiral pipe which can serve as a transitioner rail, in one extreme (g=0) it would collect the capsules with people inside and with acceleration it would reach enough speed to catch on the rotational environment (g=1) , the inversion would allow to change from a rotational environment (g=1) to a static one with deceleration (g=0). According to rough calculations the rotational ring would have a velocity of 2.1 rpm reaching angular velocities of 150 km/hr. This speed will required a precise synchronization worked out by Supercomputers so that the capsules change from Environments without disturbing the pressurization and keeping safe the travelers. Thes size of the whole estructure reaches 400 meter of diameter, such a construction would demand international cooperation and the most advance science when it comes to materials and construction techniques, the biggest reward nevertheless would be getting one step closer to deep space exploration.

Descriptive of Author : Gravity in space for human colonization 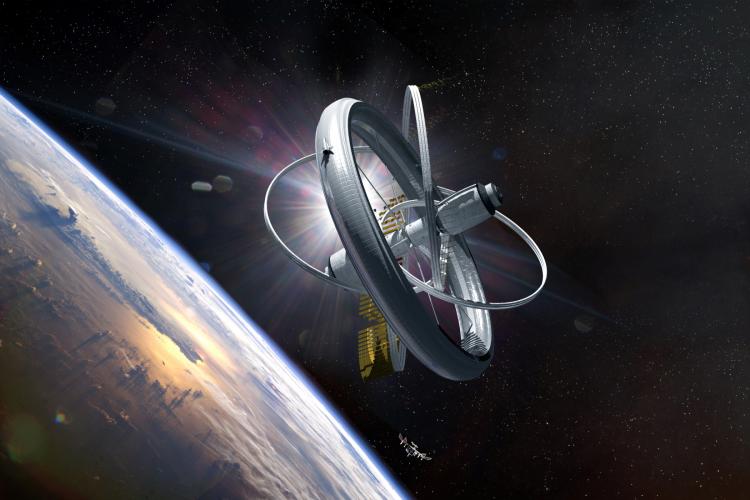 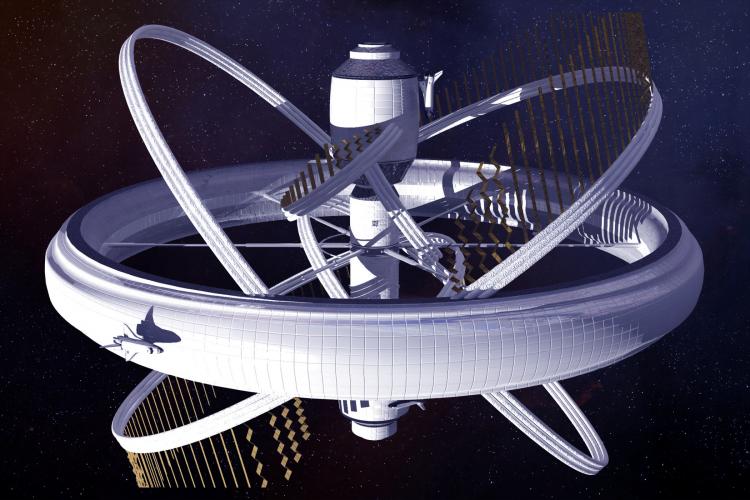 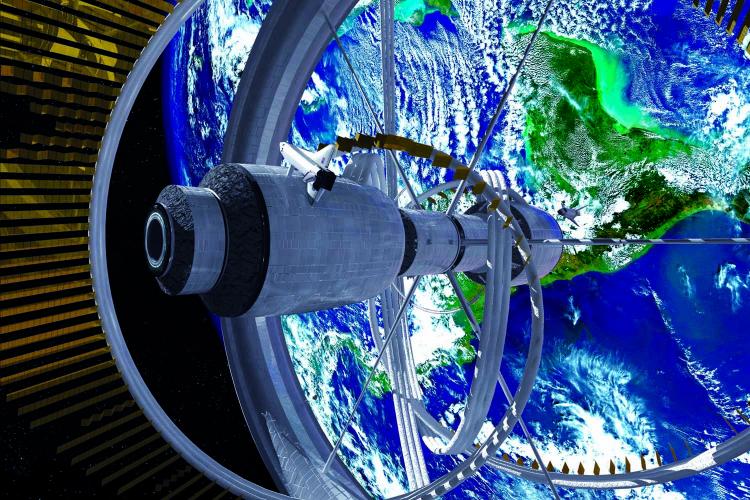