THE FRAME AND THE BELT

More than 750,000 planetoids orbit our sun. This belt of small rocky worlds contains information about the origin of our solar system and of life itself. A Belt of knowledge. Composed of valuable elements such as organics, fuel, and metals make these micro planets potential fueling stations or possible new worlds. A Belt of civilizations. By sectionally analyzing these minor planets, we can begin breaking down our solar system at different times during its formation. The Frame is a tool to analyze this environment. Traditionally, stations are built as linear elements; a typology with two ends and no connection. A three dimensional frame is built around instead to create a lens that organizes the Belt rather than split through it or orbit around it. Various programs shift the frame to accommodate the dynamic nature of the continuous loop. This loop is created through a series of unobstructed and overlapping research facilities surrounding a void. The void, both an exterior and interior space, is demarcated by an aperture that allows for the Belt to move through the Frame. The Frame investigates. As matter is harvested throughout the day, the Frame breaks down the planetoid into smaller frames to have a better understanding of its composition. The materials are then sifted to either be used as energy or a building block. The result – civilization & knowledge. Building blocks are loaded and lifted off to Mars, Earth, and smaller micro cities. Energy is used to fuel the Frame and the worlds passing through it. The Frame performs. The spatial composition of the frame allows for a transparency between inside and outside. They are an interdependent environment.

Descriptive of Author : A network of energy and knowledge 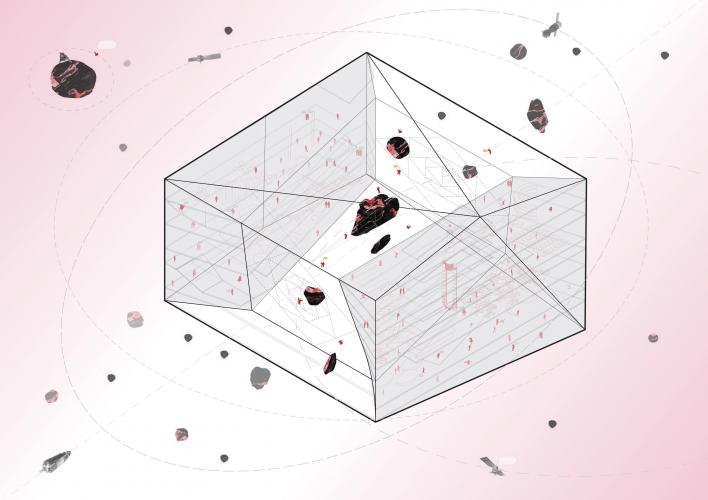 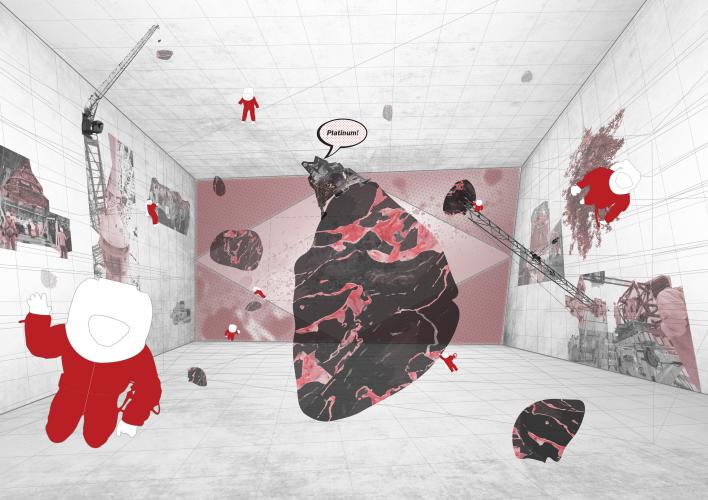 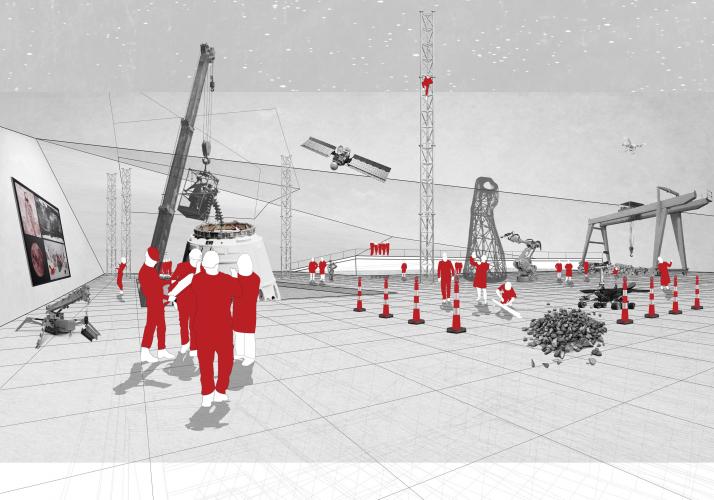 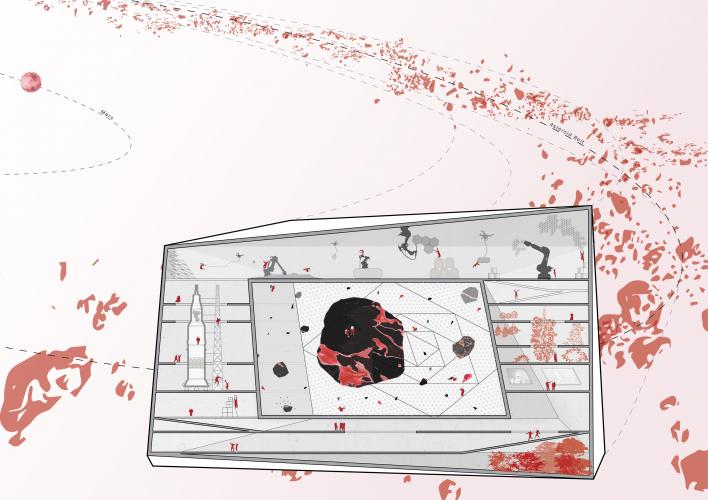