Despite the constant efforts to improve and preserve the well-being of life on Earth, issues like population growth, consumption of natural resources, industrial developments, wars and human errors, and the destruction and damage to the plant and animal life continually undermine such efforts. Because of this fact, there is always a growing concern from scientists and the greater population that if the day comes that Earth is no longer suitable to support life and human settlements, how will humanity survive? Is it possible that alternate environments in space could be created to preserve the human race and reestablish life? "Life Return" is a multi-faceted project to collect, preserve and maintain genetic and biological resources of the planet's living organisms. The project aims to establish a suitable environment for the reproduction of the human species, organisms and plants in the case of loss and extinction to any of them. The design of the environment is divided into several sections which include command and control support and labs for reproduction and research in regards to humans, animals, plants and microorganisms. The lab and research spaces consist of support areas for cell banks, DNA banks and tissue culture laboratories and production. These distinct spaces are intended to perform within a larger integrated system. The primary goal of the project will be to establish an environment which allows for the ability to reproduce biological elements after the destruction of life on Earth in an effort to both preserver and reestablish the life of organisms and humans alike. Due to the successful sequencing of DNA tests conducted by NASA, platforms for space research and testing in the medical field is already taking shape and has been used to inform the development and design of the “Life Return” project.

Descriptive of Author : Life after the earth 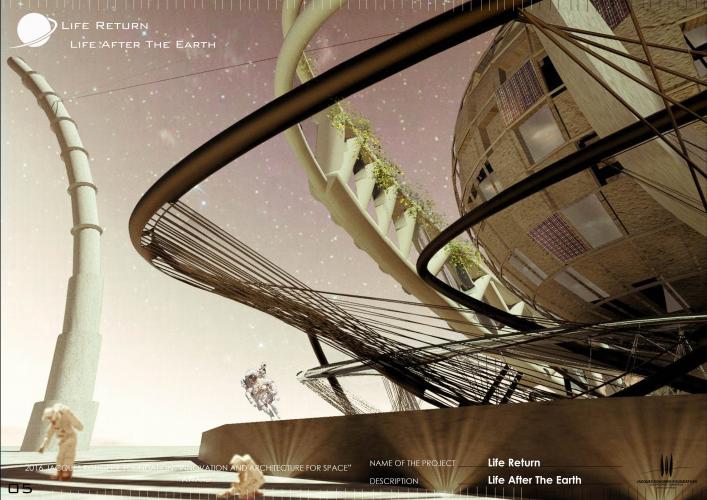 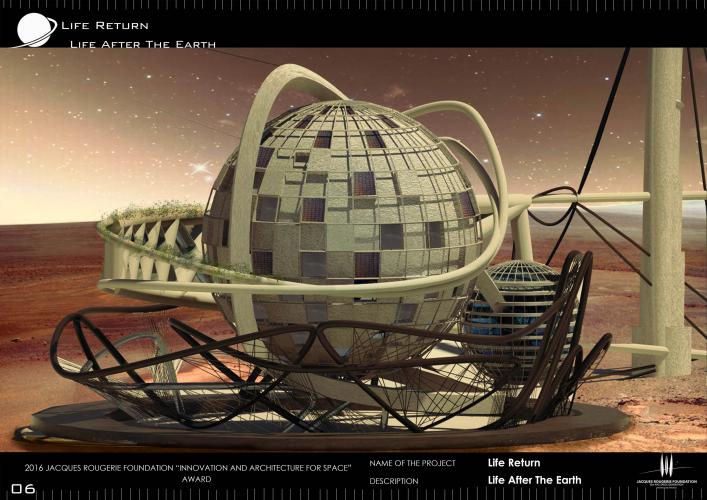 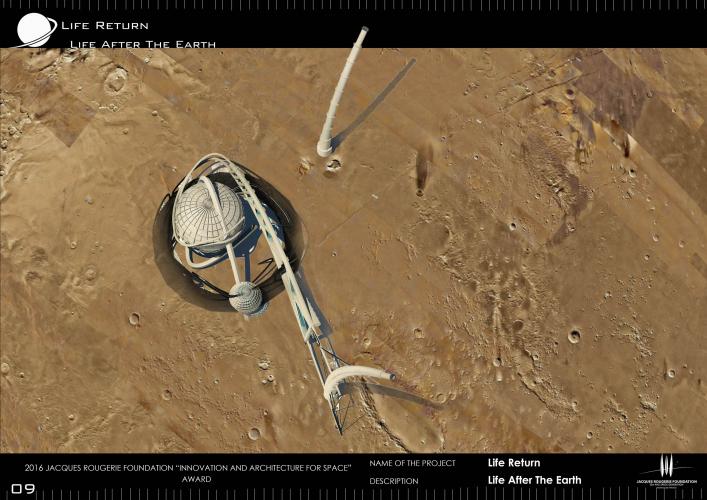