BETWEEN SEA AND LAND

Noirmoutier is a french island which is located 2/3 under the level of the highest sea. Since thousands of years, the island lives with the risk of floods and defend herself against the violence of the sea. However, the inhabitants are now confronted to a new problem : with the global warming, the storms are going to be more frequent and intense and the sea level is supposed to rise. Even if it’s difficult to know by how much the sea level will rise, this change could radically change the Island. How can we adapt the territory to the risk ? Two actions are proposed : the existing dyke could be double by a new dyke to create a buffer zone between sea and land and also raised walkways could connect the most dangerous part of the island to the sea. These two devices will then generate different kind of architecture according to their location. Thanks to the new dyke, it’s now possible to anticipate the risk, it might therefore be possible to start building on the edge of the little villages. A new dwelling typology has to be found. As the new dyke is not in contact with the waves and therefore doesn’t have the same aims than a typical dyke, could it become more than a dyke and participate to the development of the island ? Services could run in the middle of the dyke so buildings could be built over time on the dyke. The two devices and the architectures generated make the island accessible even in case of flooding. The territory becomes resilient, able to adapt itself without being paralysed by the floods. More than only being a pragmatic answer to the risk of floods, this project also makes the island sustainable and gives a new specificity to its landscape that makes the inhabitants and tourists aware of the history and character of the island.

Descriptive of Author : Giving back to the sea to protect 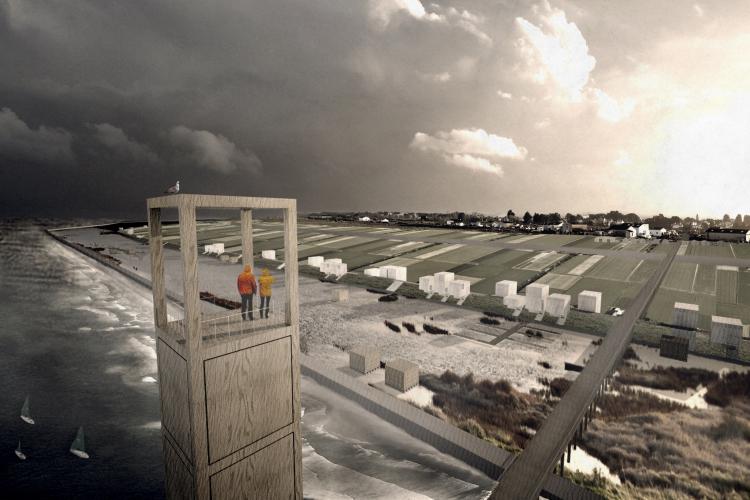 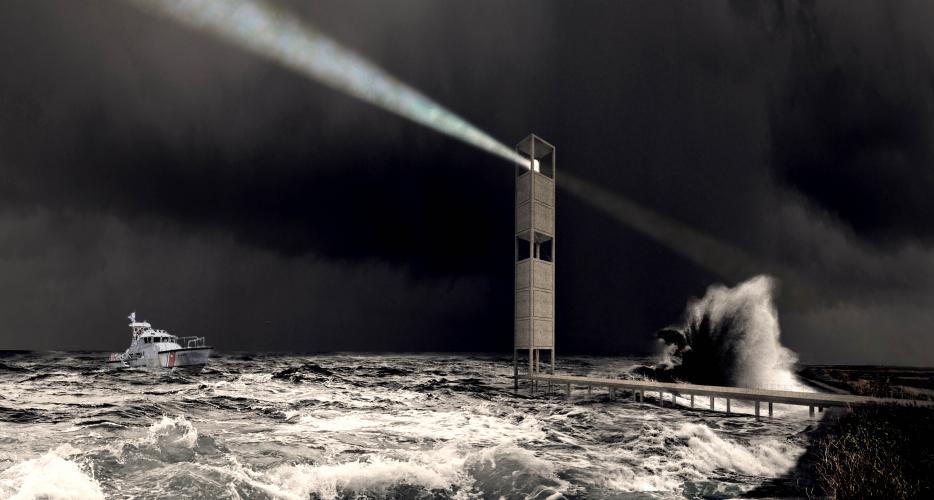