DWELLING ON THE EDGE

This thesis aims to address the need for an architectural landscape which can adapt to rising sea levels, ensure the future development of Venice as a modern city and provide a model for building adaptation to be utilised around the world. Exploring the design of a prototype floating city displays a precedent for the expansion of cities onto the water - a new fluid environment that can accept people from different countries and can provide for an influx of people in times of human crisis. The continued rise in sea levels felt around the world has caused a repeated, and increasingly more frequent, flooding of Venice. The MOSE flood barrier, to be completed in 2017, may help to alleviate this, however, flooding will still occur in other areas if not Venice. Sea levels will continue to rise and the need for a built environment that can cope with these conditions is needed now more than ever. Venice and its lagoon will provide a test bed for an adaptable architectural design. This project is composed of three core elements. An amphibious foundation that rises and falls with the tide, protecting the city from flood. A 3D printed built fabric of rapid construction, that is light-weight, modular and cohesive in design with a floating condition. An architecture which is incremental in nature, offering an organic growth which responds to the needs of a new mixed community. It is an alternative system to current refugee housing, to the deteriorating condition of Venice, and to static architecture on flood prone land.¬

Descriptive of Author : How can Venice adapt as a modern city in the face of rising sea levels and human crisis? 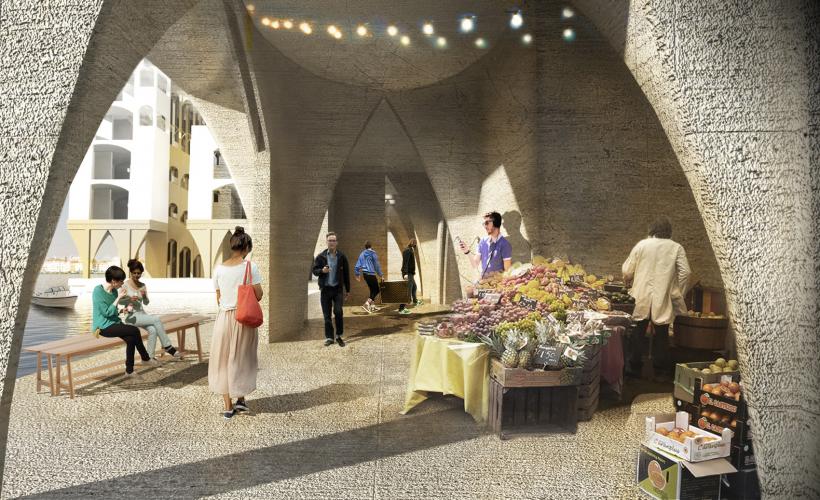