The architectural concept is built on a firm belief that Mars is closer than we think. It is inevitable that one day it will become just as ordinary destination as our own Earth’s continents and cities. In such case expandability and a long-term vision of what Mars colonization may require from a habitat becomes the main driving factor for design. For extreme environments such as Mars, technology and construction processes have to shape the building, rather than any other notion that usually informs an architectural idea. In search for a suitable technology, initial analysis led to an understanding that the common approach - which is the deployment of multiple small rovers with printing heads - gets to the point of extreme complexity in organizing their orientation and positioning in physical space in relation to a master 3d model which is virtual, that would require an array of cameras or other complex sensors’; also their inability to move large masses of soil is the factor that is putting them out of favor. The same is about Cartesian and Delta 3d printing methods, which require extensive and precisely controlled calibration. So the decision was to design a system that would easily position itself almost in an analog way, with little help of an actual 3d model that has to be translated into a physical space to direct a robot. The nuclear powered (mini reactor) crawling extruder, is delivered to Mars in separate components through several missions, and assembles itself under software or remote guidance. Once deployed, it is “tethered” by a laser beam to the anchor point in the sensor head of the “Shepherd Bot”, which is locked on its spot. Once copied its position, the machine starts to crawl and excavate the soil from beneath of itself, grinds and mixes it with a bonding agent and slowly extrudes into pre-determined, constant domed profile of the structure, which is optimized for radiation protection, direct sunlight blockage, as well as becomes a natural solution for thermal balance of the sealed habitable space below. In the special chamber, the extrusion is then bombarded by high pressure high temperature CO2 flue that glassifies surface layers for stiffness. With this the machine crawls and builds the submerged structure behind; then Shepherd Bot commands it to turn, and trajectory forms a spiral - a geometric definition of an infinite growth. Architecturally speaking, it becomes a fetus of an intelligent life on a distant, dead planet. The spiral form is an outcome of a building method, of a dry technology, that surprisingly coincided with the laws of harmony which may be found in various forms of nature ranging from micro to macro level, such as of a DNA chain or a sea shell. The huge basement, as a result of excavation, becomes a unifying, covered space, where all functions are allocated. Service corridors are the mean of a rapid connection between the distant sectors of the building. Vaults are covering space, serving as a protection against radiation, and also giving a sense of a psychological comfort and airiness, relieving the mental pressure of inhabitants as oppose to flat ceilings. At the chord of the vaults are prefabricated dew collectors, air recuperation units that employ algae-filled polyurethane packets as a filter, as well as photovoltaic arrays. The shape of the chord’s light scoops is designed in a way to block the direct harmful Martian sunlight, but rather to reflect it down the space. These chord modules are prefabricated and delivered from Earth. The habitat can grow based on increasing demands, with keeping an old and planned facilities under one roof, allowing for reusability of service infrastructure without the need to build it from scratch every single time in case of scattered settlement. For increasing demands of interplanetary specie which humans have no choice but to become, the technology is being developed until the first settlement in a size of a city is built on Mars.

Descriptive of Author : AN EVER-GROWING SPIRAL COLONY AS AN ULTIMATE VISION FOR THE FUTURE OF MARS HABITATION 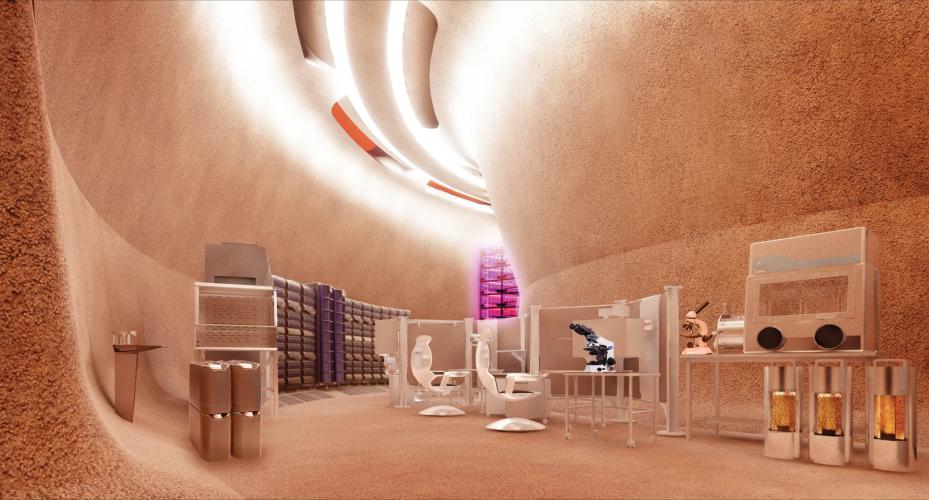 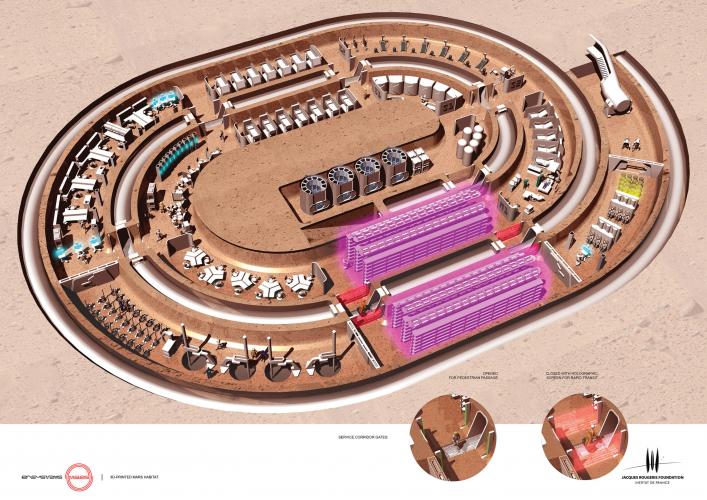 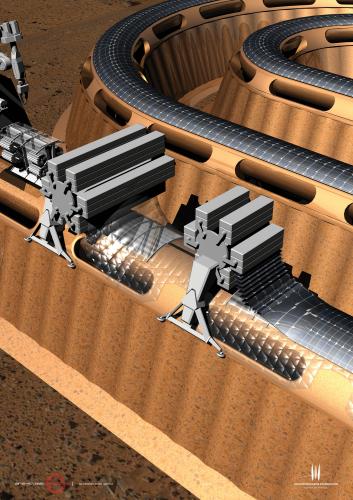 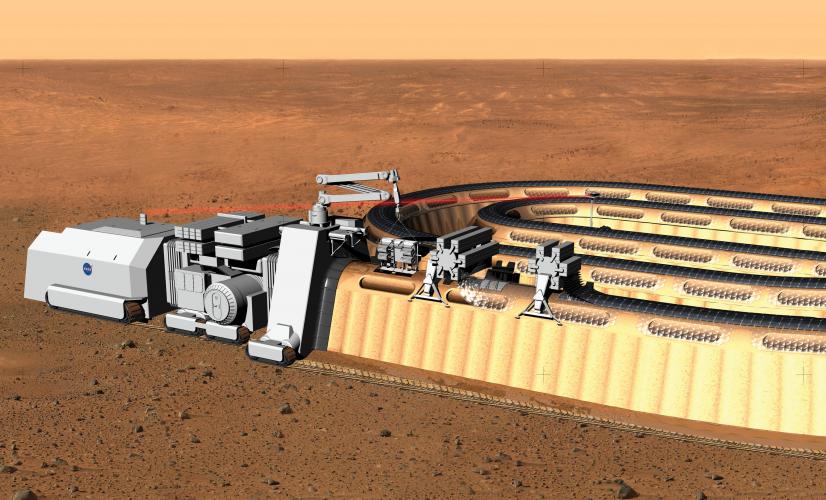 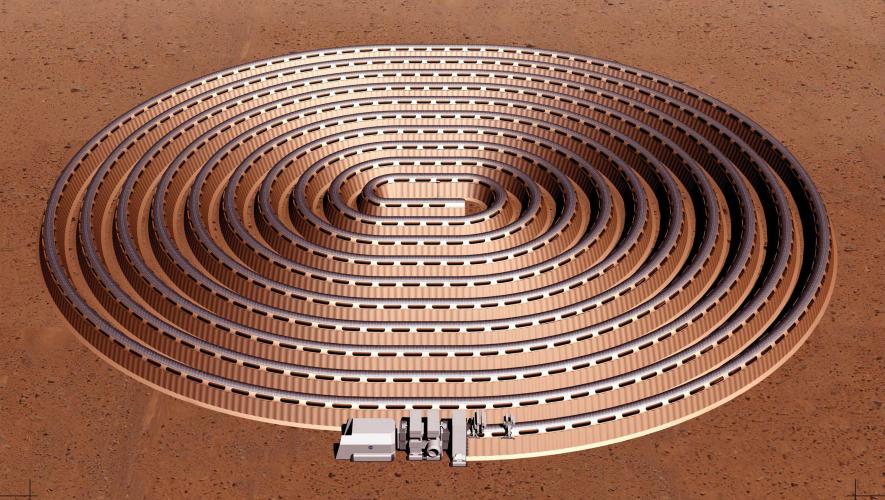