Leaving Earth The human race must look to outer space within the next century or it will become extinct as many scientists and astrophysicist fear. Mankind is in great danger and its future «must be in space» if it is to survive. Threats to the existence of the human race such as war, resources depletion and overpopulation mean it is at its greatest risk ever. It will be difficult enough to avoid disasters in the next hundred years. The Noah’s Ark legend is common to the Christian, Jewish and Muslim religions as it is made a sign for the worlds. Deep space voyage This vessel is a new approach to the space passive design, it is a self-sustaining and self-sufficient environment housing for numerous creatures within its walls, designed to stay in deep space and to land on a new soil of Mars. It will use Solar sails (also called light sails or photon sails) using radiation pressure exerted by sunlight on large reflective surfaces. In addition to the solar sails, the vessel will be equipped with a nuclear reactor at its tail to move and operate the whole vessel. It will also have recycling strategies for water reusing. Landing on Mars Once the Vessel lands on Mars, the laser guided drill robots at the bottom of the vessel will start operating to open pathways to new underground colonies developed of the bio-mimicry of ant colonies to be the residential shelters for the new residents It will inject those pockets with pneumatic residential units filled with oxygen. The end target is to create interconnected underground pneumatic residential units that are structured in a hierarchical way on different levels.

Descriptive of Author : Surviving when the world ends 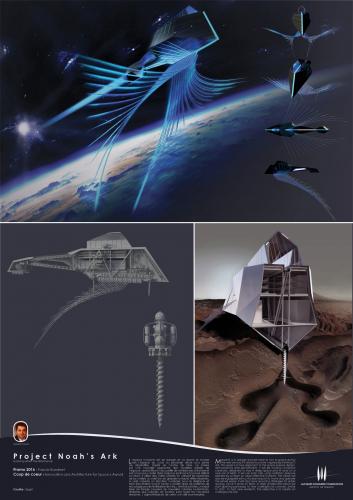 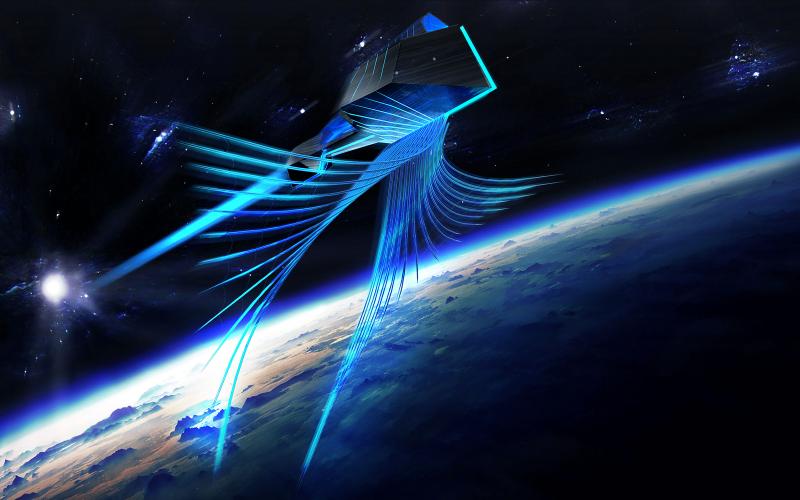 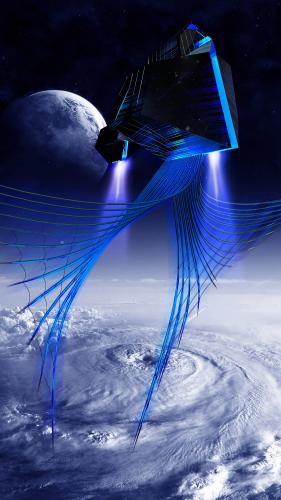 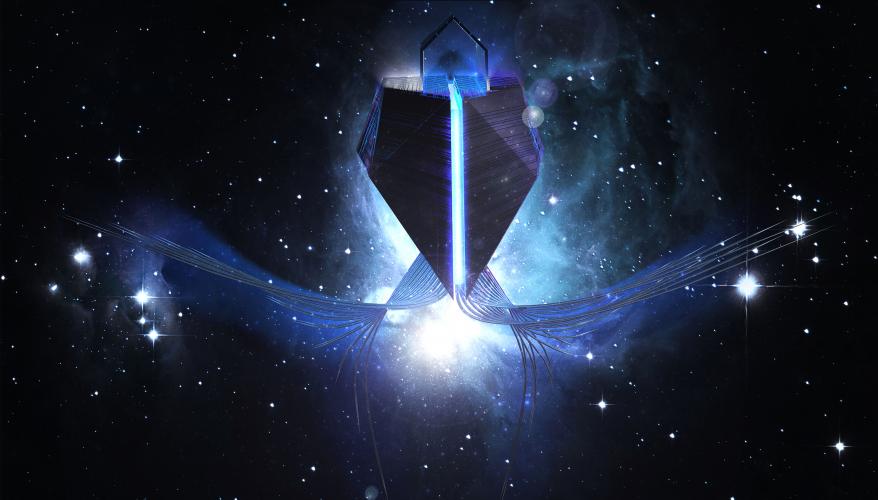