In the oceans there are large amounts of plastic garbage. The particles occur in particularly high concentrations in the five subtropical gyres, such as, for example, the Great Pacific Garbage Patch. For these habitats they represent a major burden. In July 2014, an expedition discovered Hi-Zex Island in the Garbage Patch. This structure of a former oyster farm was torn away from the japanese coastline during the tsunami in 2011. Over a period of several years traveling through the Pacific and by collecting flotsam and plastic parts a floating island was formed. It is still drifting through the patch. Using Hi-Zex Island as an approach, a new habitat will be generated out of the drifting garbage. For this, a construction that collects the waste, utilizing the forces and conditions in the ocean, has to be developed. Set to the sea off the Japanese coast, it crosses the Pacific and finally drifts around in the Garbage Patch. In this process it forms an artificial island by collecting and compressing flotsam and plastic particles - the same time a habitat emerges. Life is settling and finds shelter. The construction offers living and working space for several people. In a first phase, this space is used to document, getting a better understanding of gaining this habitat and develop concepts for future uses. Through the process the usable space for humans expands.

Descriptive of Author : Habitat in the Garbage Patch 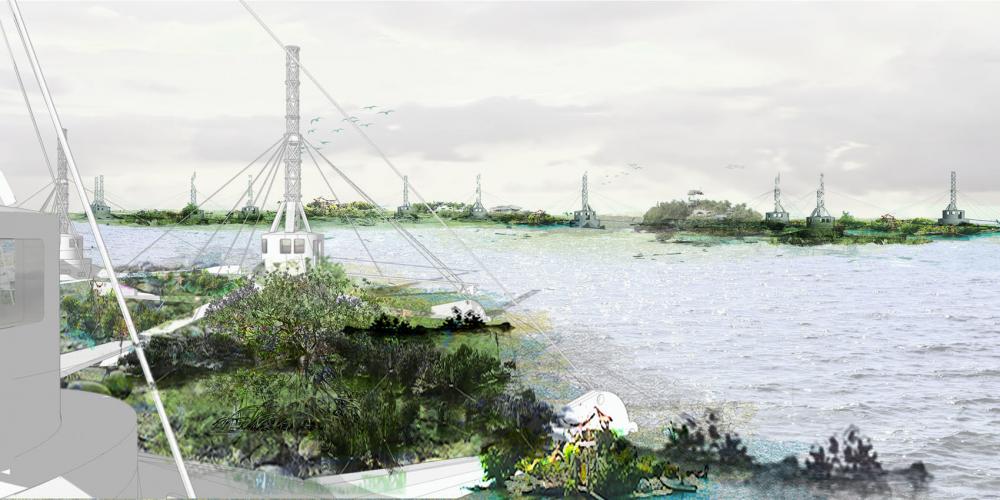 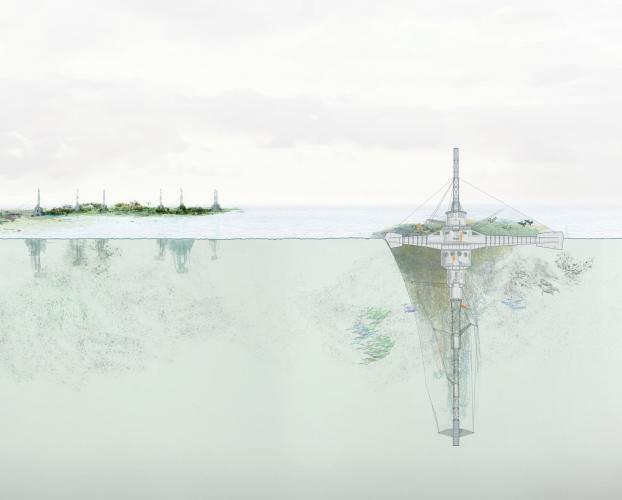 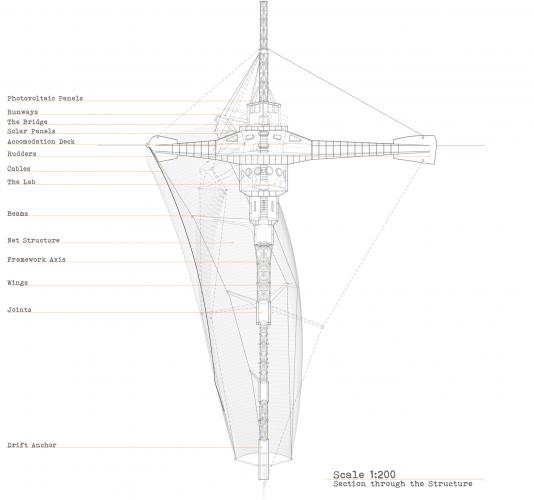