Over the past decade, Japan has witnessed unprecedented invasions of its coasts by an unquantifiable number of jellyfish. The Nomura Jellyfish has been reproducing itself critically, and no solution has been proposed to limit the invasion of the Japanese coasts. Their presence threatens the varied marine life which is an essential part of the country's food industry, and in turn history and culture of the country. Weirdly, Japan imports from south east-asian countries the jellyfish they eat in their traditional dishes. Our project aims at fishing these jellyfish and transforming them into edible products, giving a new life to dying Japanese fishing industry. In order to do so, we propose using abandoned mega structures usually used to extract petrol. Our project is imagined along the North Coast of the island of Kyushu, on the west coast of Japan, where currents are the strongest and where the jellyfish seems to start their invasion of the entire Japanese coast. The project is based around an inventive rotating fishing system which scoops the jellyfish out of the water. These gelatinous creatures are then exploited by fisherman and technicians in factories. The project being offshore, its aim is also to create an environment in which life is possible. On the huge stilts of the oil rig, the project proposes self sufficient livable structures for work and habitation where men and women can lead a life close to the one on land. This project sees itself as an innovative way of recycling abandoned structures that would otherwise be scrapped or end up littering the landscape. The project addresses the invasion of jellyfish which represent a hazard to the coastal marine life and harnesses the potential of food technological development to provide alternative edible substances. This project offers a never-seen fishing universe that survives at saving the Japanese fishing industry.

Descriptive of Author : Eating the problem away ! 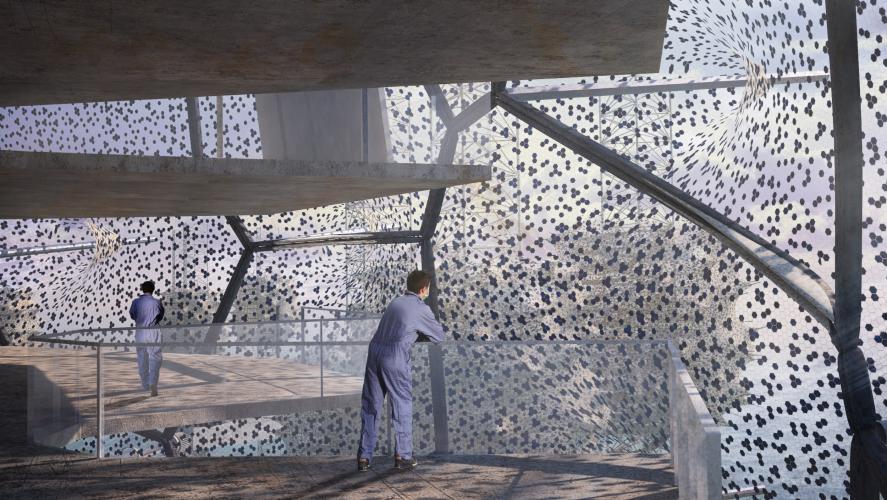 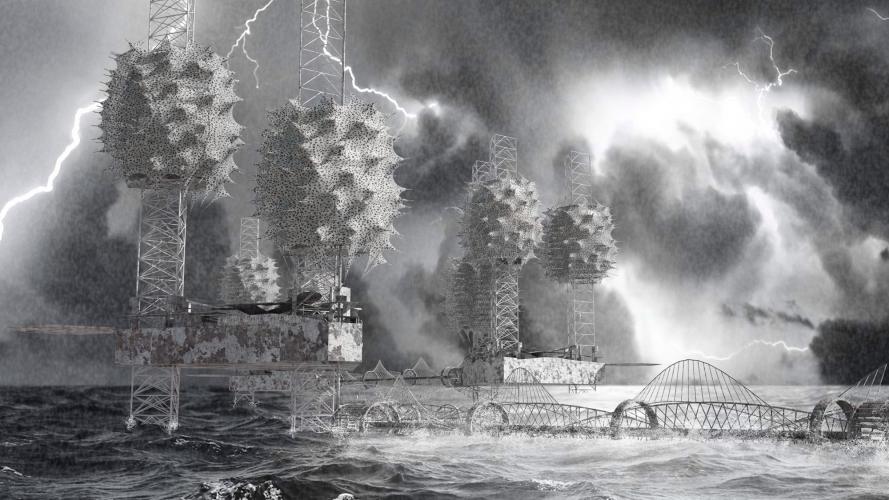 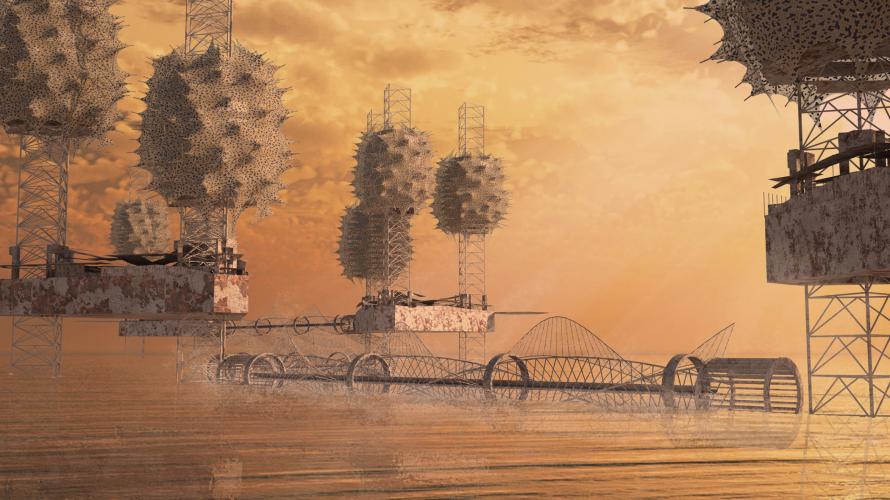 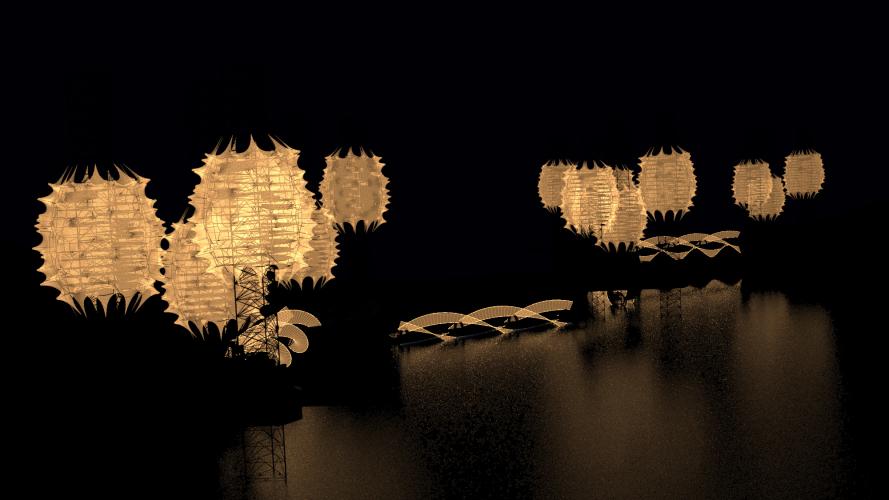