The sea, as object of study has long been scientist subject. However, today more than ever, the sea became a real political issue, both in energetic terms as in human terms. The question of Mediterranean's status as border between two continents, which are totally opposed, is urgent. It connects us through culture and takes us away by its nature. Understand the Mediterranean, the first step is figuring the contours. Apprehend it by its borders make Mediterranean territory a superposition of diplomatic, historic, bioclimatic or geologic layers. It's a real palimpsest. This territory, erstwhile conquest place or battlefield, ended up forgotten then dreamed through history. It is currently cut by a wall named Schengen. Indeed, its internal borders are blurred and by cause and effect relationship, its external borders are more rigid. The project aims to allow a first breach in this barrier. It is located at the intersection of the Eastern pool and Western pool of the Mediterranean, in this place we call today, Sicily channel. Besides being the closest point between Europe and Africa after Gibraltar and Istanbul. It is also a major axis of seaway in terms of container ship, a hotspot of energy network between Europe and Africa and a strong current of underwater site. The project takes the form of vast road and rail infrastructure, it is administratively Independent of the continents. It connects energetic, port in deep water, touristic and livable platforms.

Descriptive of Author : between borders and dream of territory 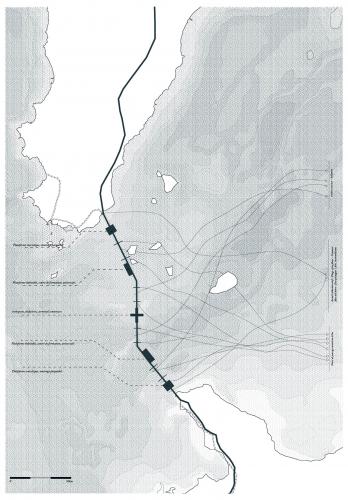 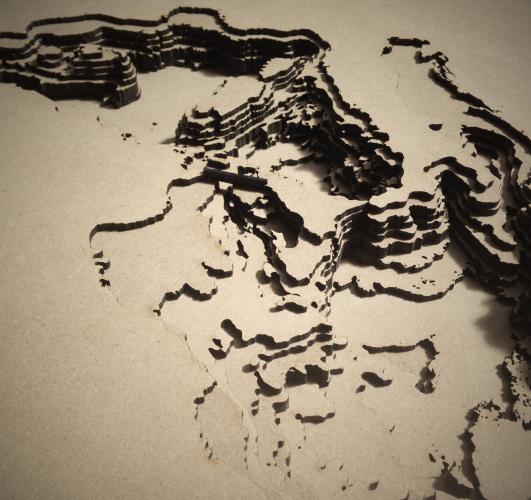 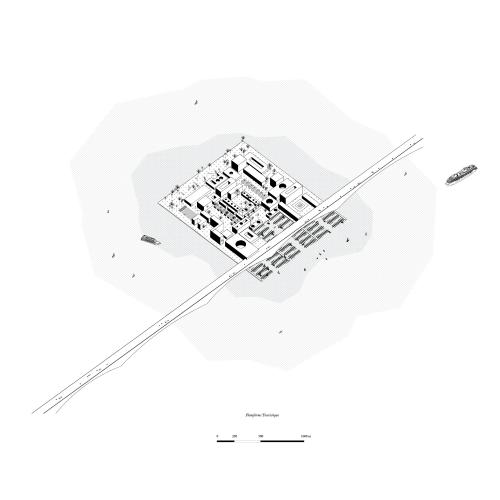 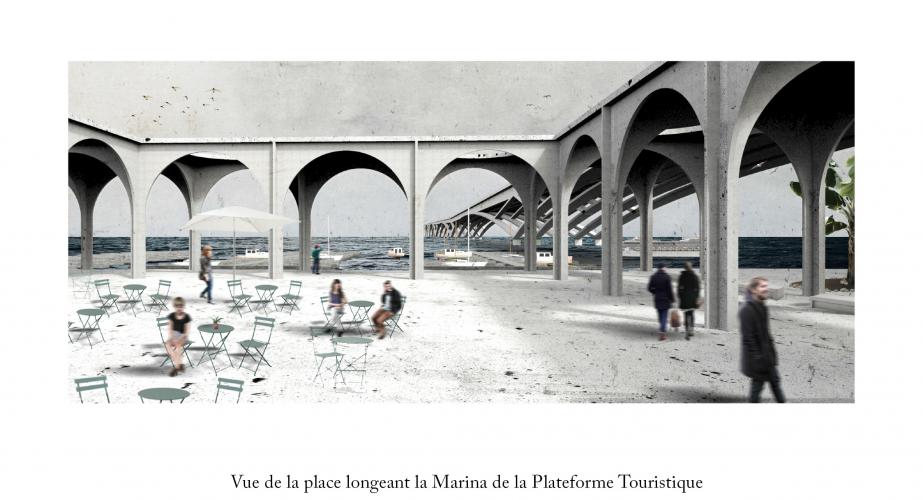