We live in a world that has only just begun to consume energy. The rapid rise of the world population – today (2016) 7.5 billion – combined with the rapid economic development of countries, push our energy needs to ever-increasing heights. During the next 30 years, mankind will consume more energy than the combined total in all its previous history. “Carbon dioxide (CO2) is an important heat-trapping (greenhouse) gas, which is released through human activities such as deforestation and burning fossil fuels, as well as natural processes such as respiration and volcanic eruptions. ” Environmental pollution is one of the major disadvantage of fossil fuels. It is a known fact that carbon dioxide, gas released when fossil fuels are burnt, is one of the primary gas responsible for global warming. Rise in temperature of earth has resulted in melting of polar ice caps, flooding of low lying areas and rise in sea levels. If such conditions continue, our plant might face some serious consequences in near future. The fact that our capacity of making fast decisions concerning global warming is not a thing to be expected. We move very slow and the fact that in 2016 we still consume a large amount of fossil fuels can demonstrate that by the time we do come to our senses that will be too late, and the level of water will rise. Imagine that we find ourselves 20 years from now, and the sea level has reached great heights and many parts of Earth's land has been covered with water. The next step would be to relocate a great part of population to sea. Redefining the new form of architecture. Without harming the environment, capable of becoming an independent form of architecture. Taking the place of petrol platforms extracting instead, H from H2O. Resulting in a self-sustainable system. A system that is created from two main parts - the first, the ENERGY TRANSFORMER that can be found in the center of the structure and the second the MEMBRANE that keeps the structure in place. The energy transformer will use as fuel deuterium and tritium, which are both so called isotopes of hydrogen. This is the same fuel used in nuclear reactions, called fusion. This nuclear reaction is what happens at the core of our Sun and stars and is the most common energy source in the universe. Nuclear Fusion plays a huge role in this major energy crisis in the world today and in the future. Nuclear fusion is an alternative energy source that can and will make an extreme difference on planet Earth. 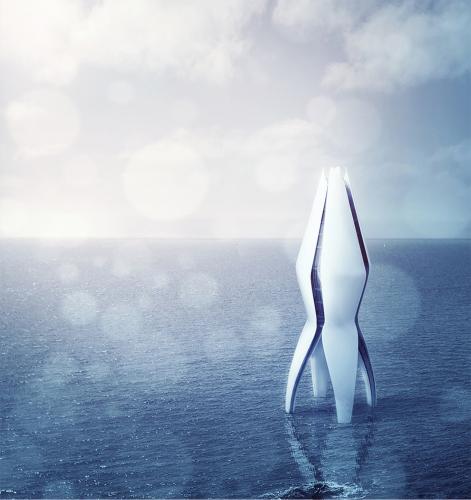 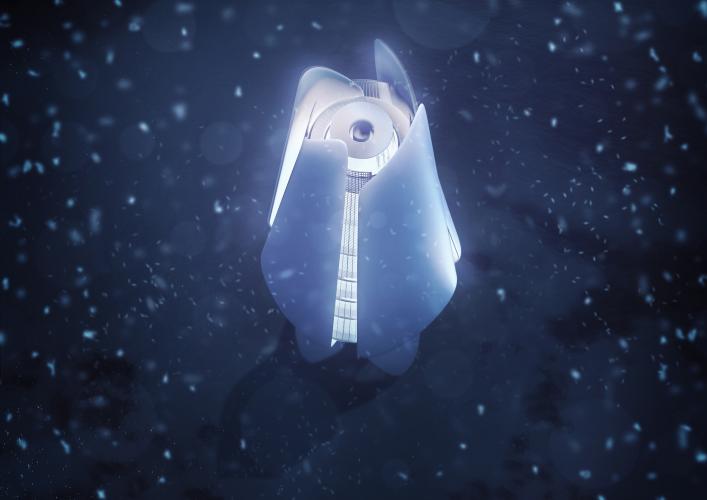 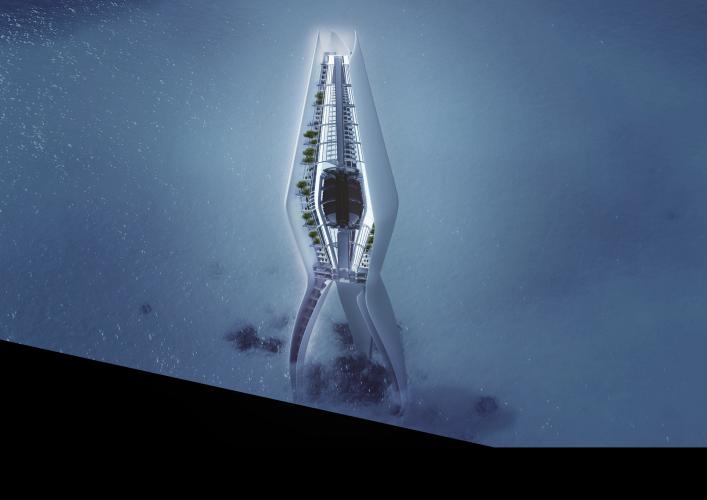