Plastics play an important role in almost every aspect of our lives. Also plastics make up almost 13% of the municipal solid waste stream, Almost 300,000,000 metric ton of plastic produced every year, 12,000,000 metric ton/year of unmanaged plastic waste thrown into the seas. Since we have been ignoring the negative consequence of modern consumerism since the past 50 years , waste has been accumulating ending up in landfill or go to the sea to create a tremendous garbage patch in the middle of the oceans .the biggest garbage patch is in the north pacific called Great Pacific Garbage Patch, - Two specific issues are associated with this sharp rise in plastic production: impacts on human health and neurological problems; and the growing amounts of plastic debris entering the marine environment. due to the natural movement of the sea currents, the plastic saturated waves move from north to south making the Midway atoll island has the perfect location to collect the plastic as it lays in the middle of the north pacific gyre motion. The Euphrates was designed to be a prototype that could be implemented in different locations around the world. The project should be understood as a series of mechanisms built to celebrate water filtering. The Project consist of different natural and mechanical processes to filter the ocean water, each process must be approached as an ecosystem of mechanisms. The processes starts by pumping the water to the 3rd platform, where afterwards the water goes through the other processes naturally by gravity force, while users access through the 1st platform. The design allows user to become active participants in the processes in a matter of witnessing and getting involving, by mixing the processes with the programs in order to change the notion of being environmentally friendly. The Euphrates is providing an innovative solution for the accumulated plastic in the ocean which poison marine life and hence affects human being. Contemporary design of prototype where water filtered in more fancy way, people could celebrate the water ecosystem and energy gained naturally. Taking advantage of the natural aspects of water life cycle and inspired by the organisms ability to create a better life for our world. 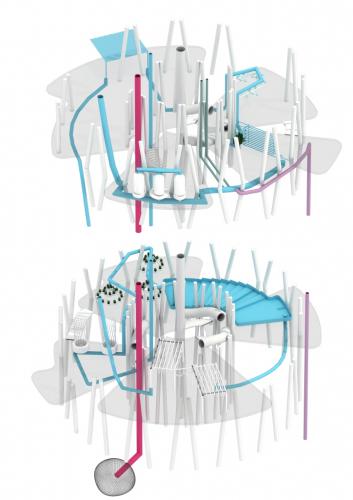 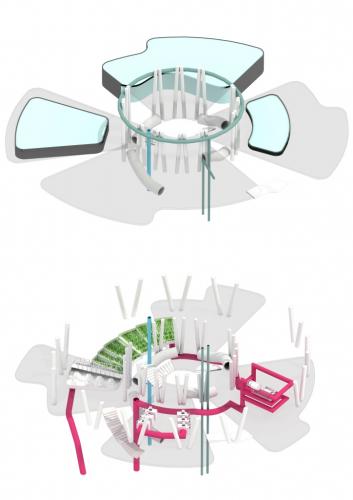 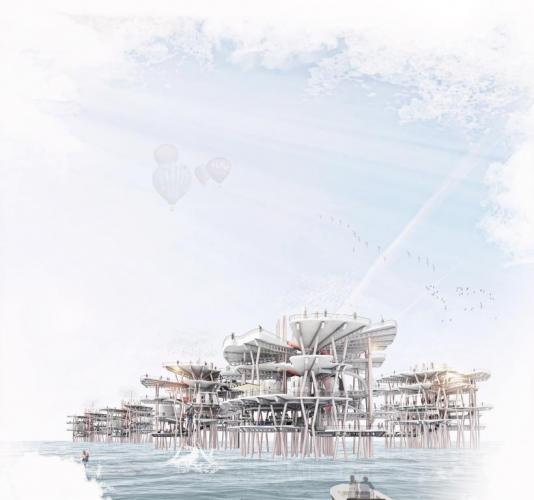