When the sea level is rising, most of the cities in the world will be sunken. What should we do? Should we leave our cities and abandon everything that we have already built? Or should we stay and try to adapt to this changing surroundings? AQUOPOLIS is an attempt of designing a sunken city to remain a living space for humans in the future when the sea level is rising. There are 3 systems of designing the sunken city. The Floating Road System. It is a system that is based on the old road map so it will keep the area boundaries and will be the new network that interconnects the city's parts. As a city network, the top level will be used as a land transportation road while the lower level will be used as a bullet train water way. Between the top and the lower level, there are city utilities that are flowing along the road. However, when the land transportation is developed to be an air or water transportation, the top level road can also be used as an agricultural land. The Floating Road will work along as the sea level is rising. As the water level rises, the road will also go up. The Building Sealant, a system to cover the buildings using the transparent membrane so the water does not go in and people still can do their activities in the buildings like before. The sealant membrane will be installed around the building and connected to the Floating Road System. As the water arises, the road will go up as well as the sealant. The Hub Station is a building for various uses. Besides serving as an interchange station connecting the new road system, it also acts as a social catalyst to the city residents. The top level will be used as a park and a shore line. On the outer ring, there is a waterway station. The lower level is coral field for preserving the marine biodiversity. The center core is an elevator shaft which serves to connect the new road system with the old MRT system which can still be used as a transportation network between the sunken buildings. 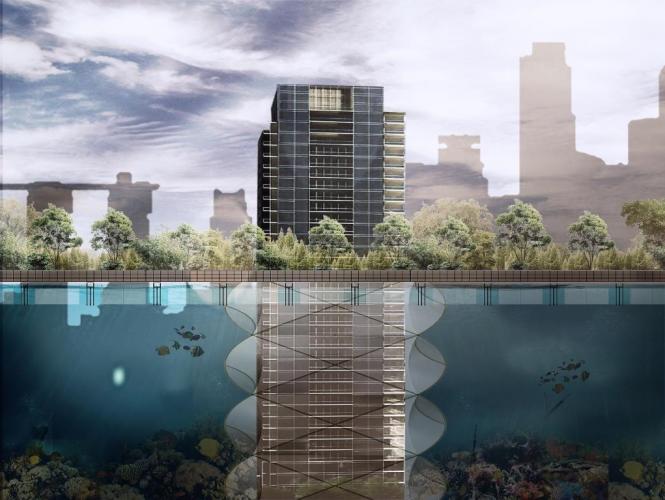 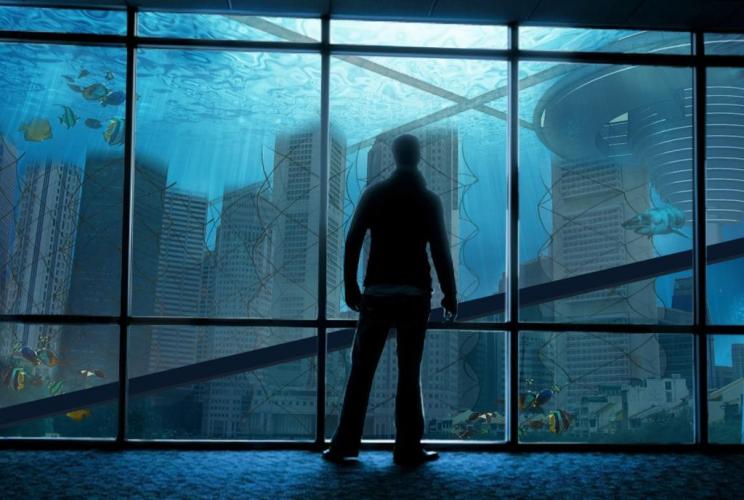 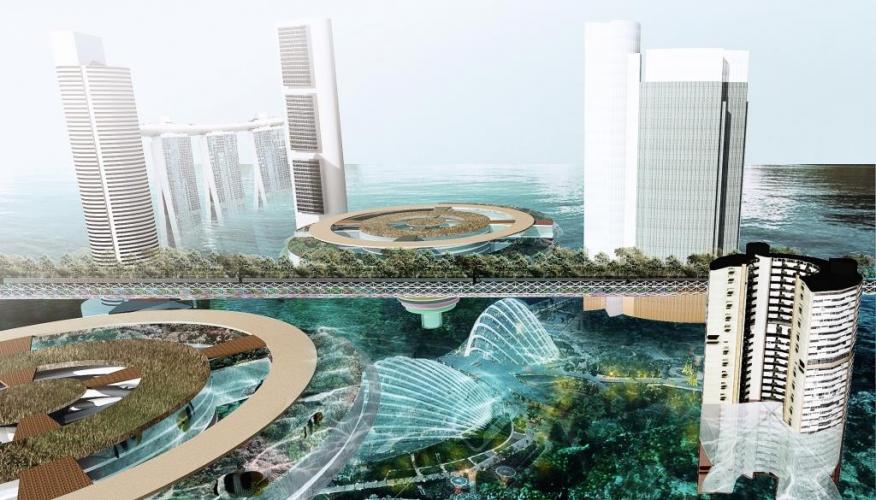