The rising sea level is engulfing the existing shorelines and destroying the homes of its inhabitants. Our vision is to use this rise of the sea level to combat the issues that it creates. We are looking toward to the life cycle of barnacles that attach themselves to the shore, typically in shallow and tidal waters, and continue growing – with the intention of creating a self-sustaining system that also heals the damage we have already caused to the environment. We are proposing a megastructure that starts at the shallow waters, as do the barnacles, and keeps growing. Each unit of our ‘barnacle’ is designated to one program, such as housing, public space, etc. We can potentially connect them at the bottom to allow circulation from one unit to the other, and obviously docks would be necessary for transportation by boats. For the actual process of building, we are drawing inspiration from the German-born futurist architect, inventor, and marine scientist Prof. Wolf Hartmut Hilbertz’s research on the mineral accretion process in seawater. Currently referred to as ‘Biorocks’ (brucrite) and used to revive coral reefs, Hilbertz had originally invented and developed this technology to grow low-cost structures in the ocean for developing countries. Our procedure would involve creating a metal structural frame for our faux barnacles and running low voltage through the waters so that electrolysis occurs and carbonates deposit on the structure. Since we are aiming for magnesium hydroxide (brucrite) deposit, which is easily converted to the much stronger magnesium carbonate as the brucrite absorbs carbon dioxide. This means that the structure not only gets stronger as it grows but captures the carbon dioxide in the air acting as a carbon sink. In addition, the process of the carbonate deposit releases oxygen into the water, hence promoting healthy marine ecology. Since we are intending to use solar panels installed on the structure during construction and tidal currents, the material we are using is truly ‘green’. We are suggesting that the waste that is bound to be created by the inhabitants are contained and used as fuels or as fertilizers for the barnacles designated for agriculture. 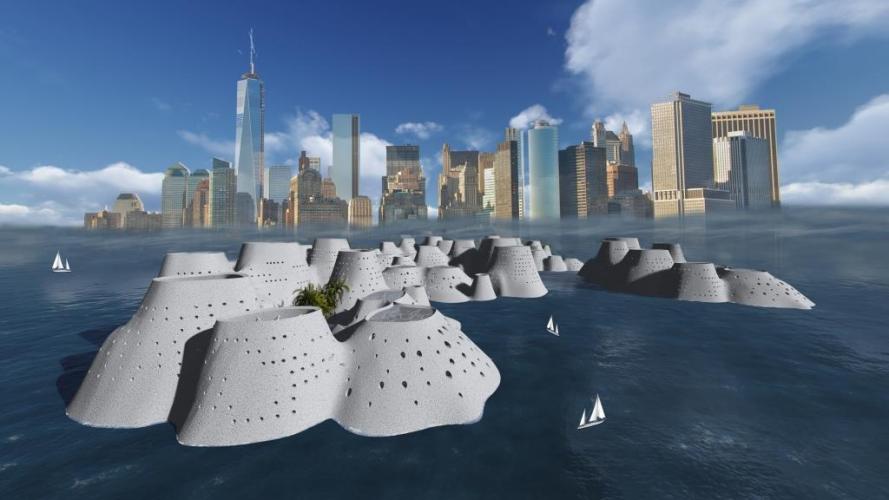 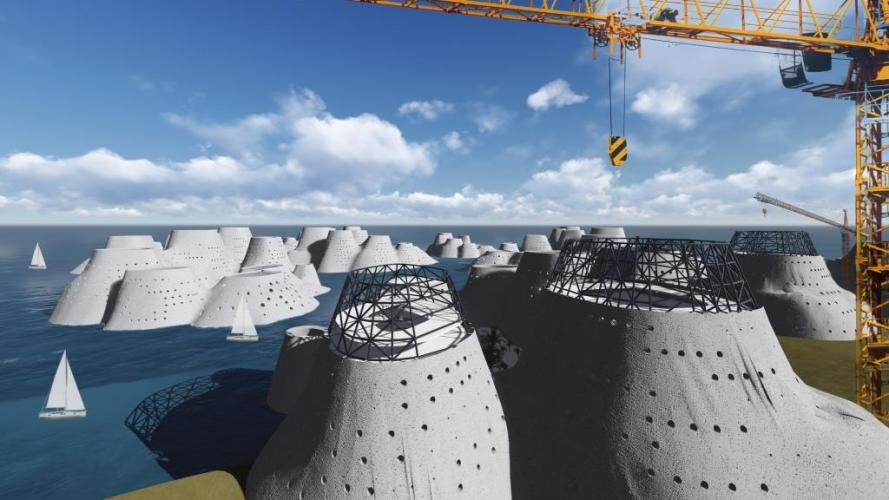 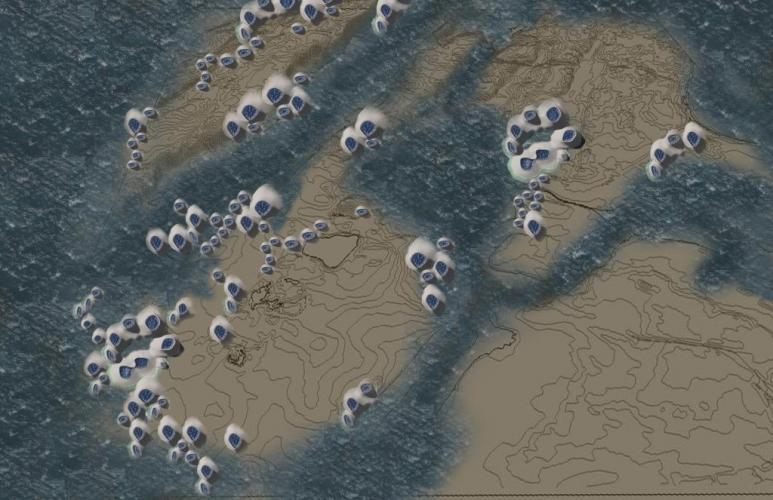 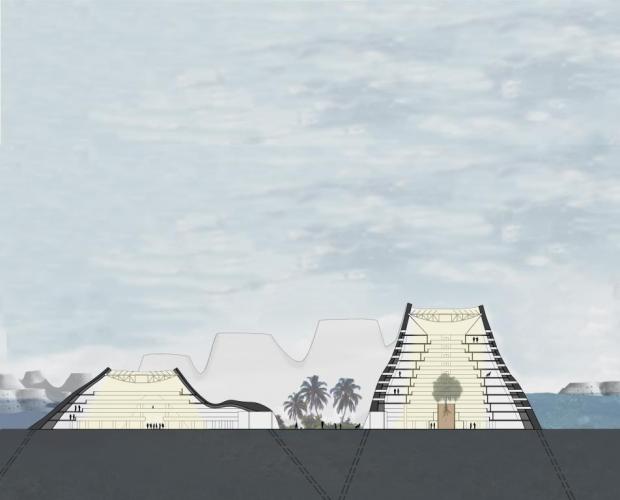 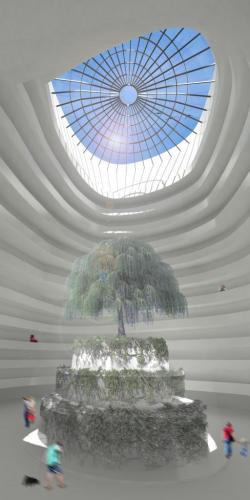