Man over nature, that is how people described their current relationship with nature. This is the era when humans no longer respect to the nature and took everything provided in nature without any consideration. Earth is a very complex system for us as human to understand what is the real impact of our actions. Global warming which leads to climate change, environmental degradation, heavy pollution, are some of the impacts that caused by human activity. These extreme weather changes happened on earth triggered many other problems, such as rising sea level due to the thermal expansion which warm the ocean and loss of huge amount of ice-based land. The impact of sea level rise are potentially large, especially for coastal region and habitat. This will result in inundation of low-lying area, higher wave action to the shore, and coastal erosion. For many big cities in the world, waterfront and coastal development developed as high-end property and facility. When the sea level rise this area will be the first to get the impact and the losses would be very high. Whereas for the inland area is also has burdened by rapid development so it is not a good option to density the inland area even more. An adaptation is needed to solve this problem. While the impact of mitigation still in process, humans need to adapt themselves to this new environmental condition to survive. The idea is inspired by mangrove. Mangrove has known as the erosion-control and extremely productive ecosystem that provide goods and services both for human and marine environment. This could be our inspiration to interact with nature. Like mangrove, our new building should acts like a part of nature, survives along coastline, provides valuable ecosystem services that contribute to human wellbeing, storm and erosion control. It is also enhance the beauty of that area to attract people and creates awareness of natural habitat. This new development should not add burden to the mainland. It is detach from the mainland and survive independently on the sea shore. This is a self-sufficient building which can produce their electricity, clean water, and food. This also will grow and expand just like a living organism. The building borrows the idea from nature and brings services not only for human being but also for the nature itself. 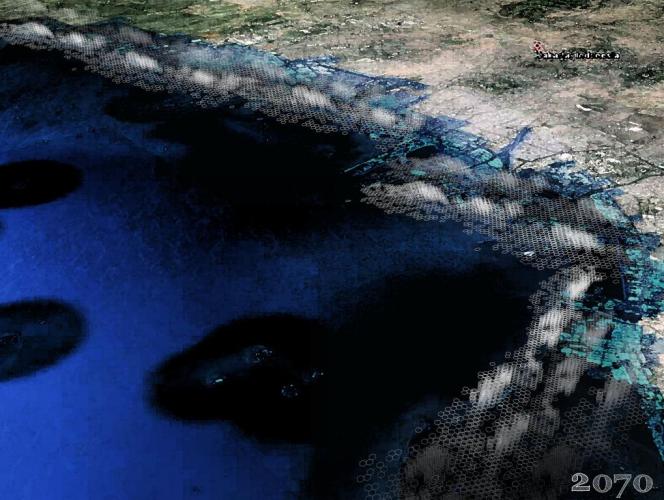 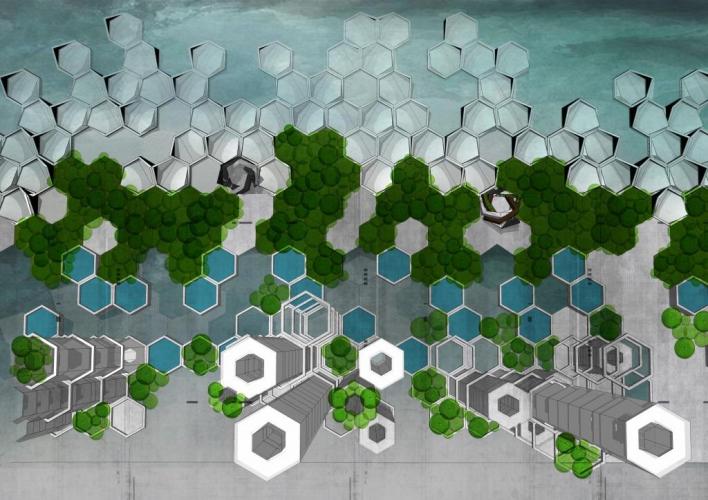 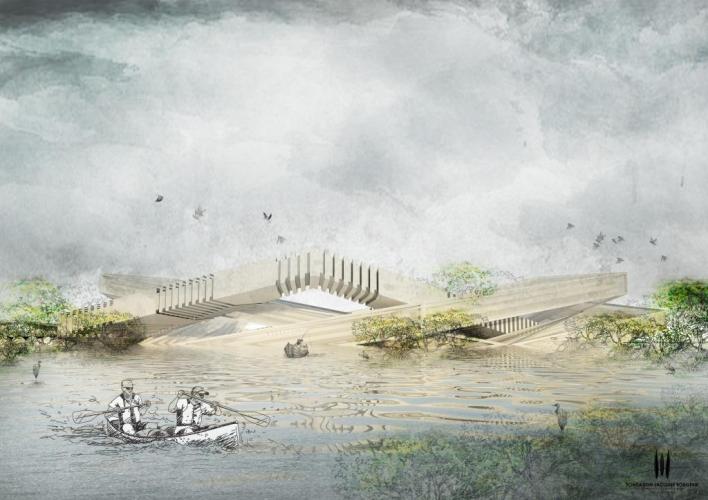