The Tidal range in the oceans around the world vary greatly, but they are typically much greater closer to the coast, which can be anywhere from near zero to over eleven meters. Severn Estuary has tides as high as 15 meters, which has lead to proposals of creating a barrage to generate electricity using tidal power, a proposal that has been very controversial as a result of cost issues and environmental concerns. This project however proposes something different, a series of tidal towers instead of a tidal barrage, towers, sustainable towers to be used as hotels and homes that generates electricity for themselves. The towers will not only become an icon of renewable energy, unlike the barrage, do not have an effect on the mud flats of the estuary which have European Environmental protection status. Technically the towers work as follows: as the water rises, the towers store it inside the enclosed void until the high tide is reached when the openings of the internal water tank shut so that the water would not escape. This continues until the low tide is reached and that is when electricity generation starts. Openings underneath the towers open up to allow the water escape from the tank to the outside as a result of the difference in water height. The escaping water turns the turbines installed just above the openings and this generates electricity for the towers. Each tower creates enough energy to run itself self-sufficiently. Access to the towers take place through the lower ramps between the structural walls that enclose the water tank. The lower and upper areas of the towers are public while the middle parts are mainly private. As well as having great views to the ocean, there is a roof top swimming pool and plenty of internal aquariums, so the occupants relate to water and the sea in many different ways. 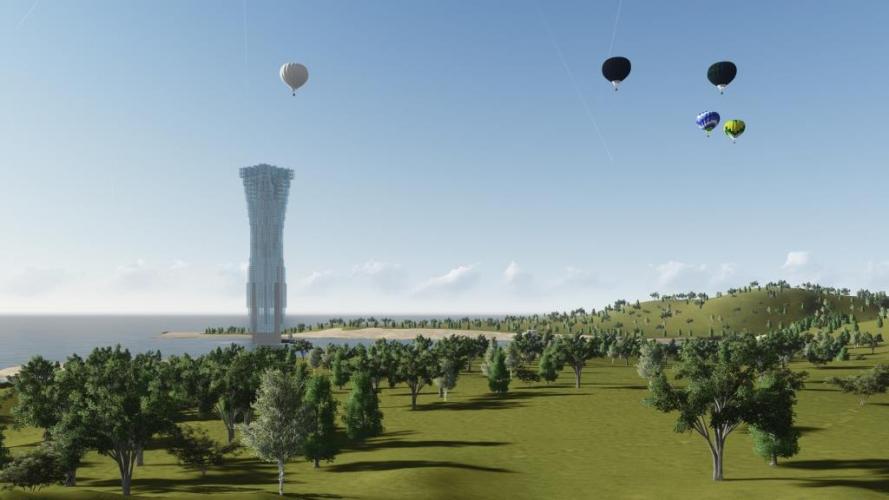 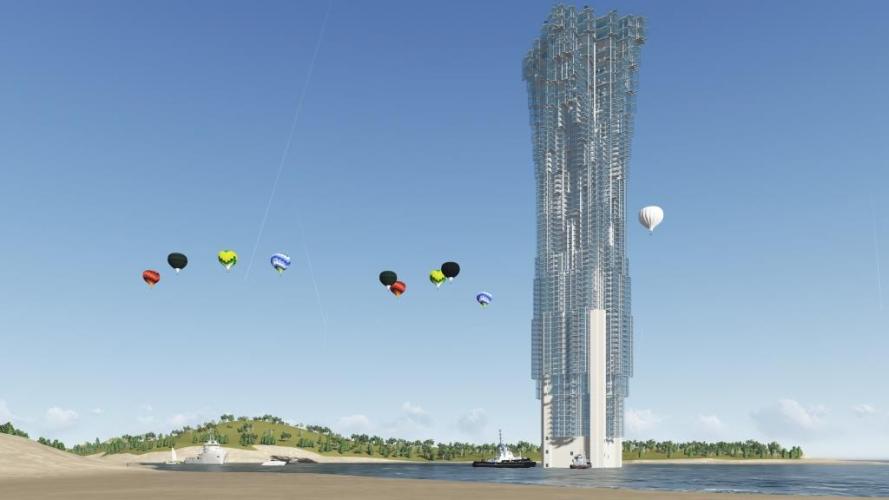 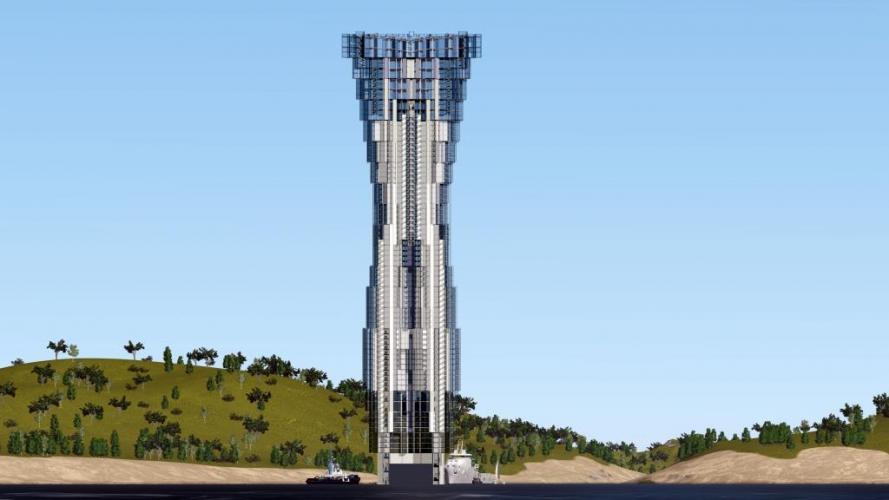 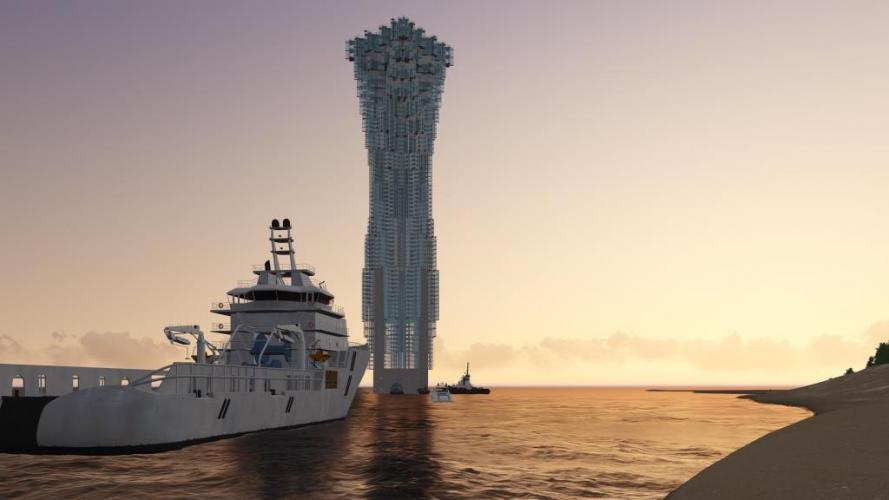 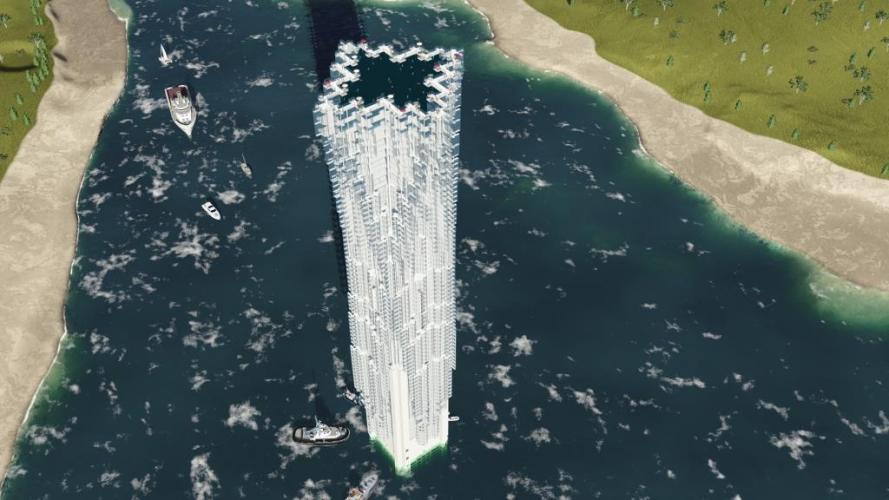 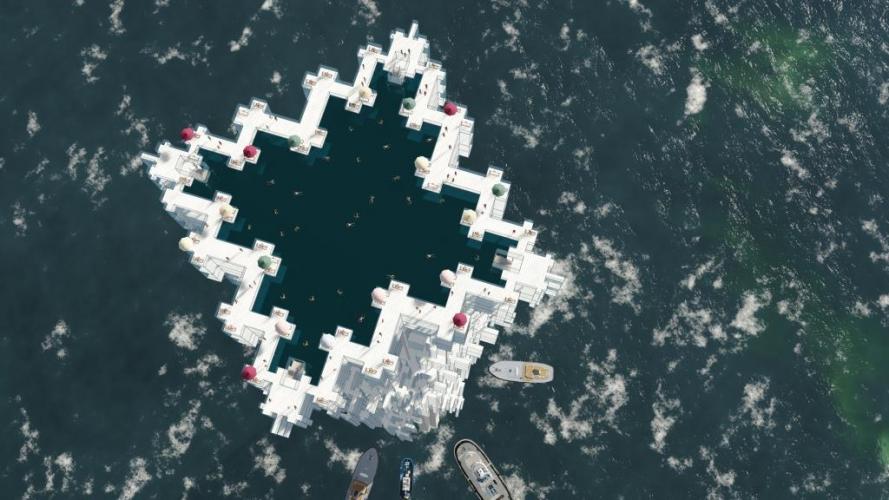 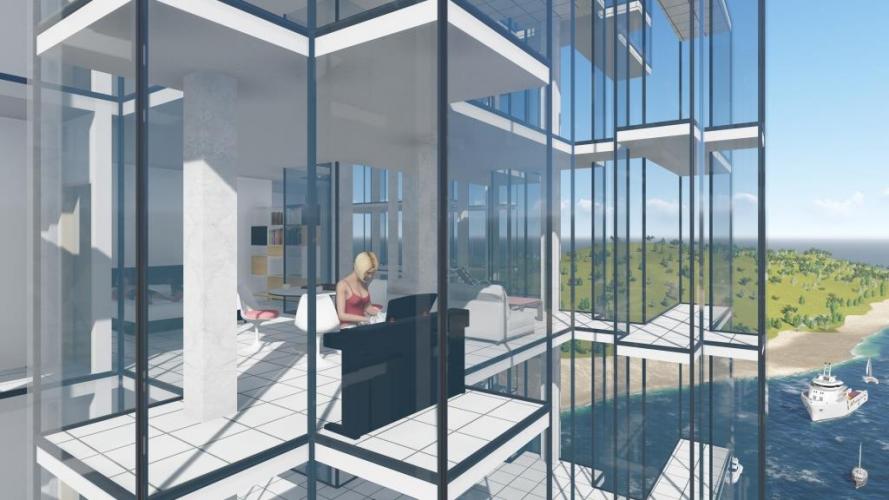 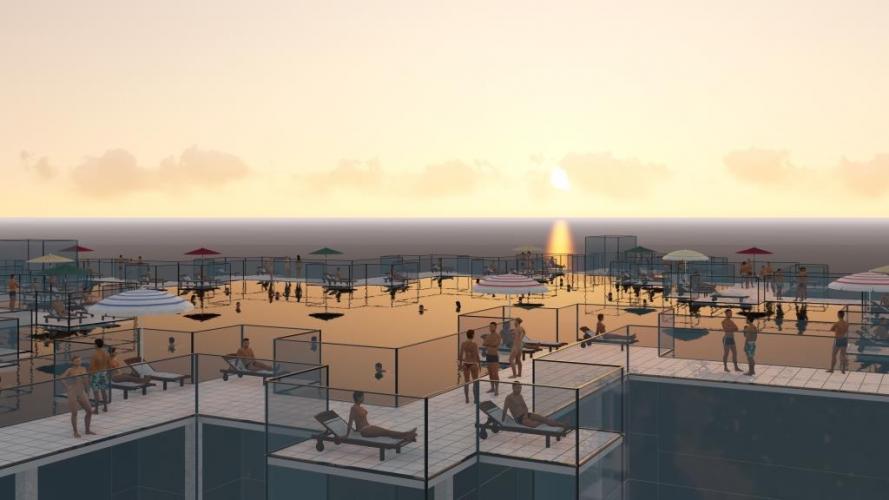 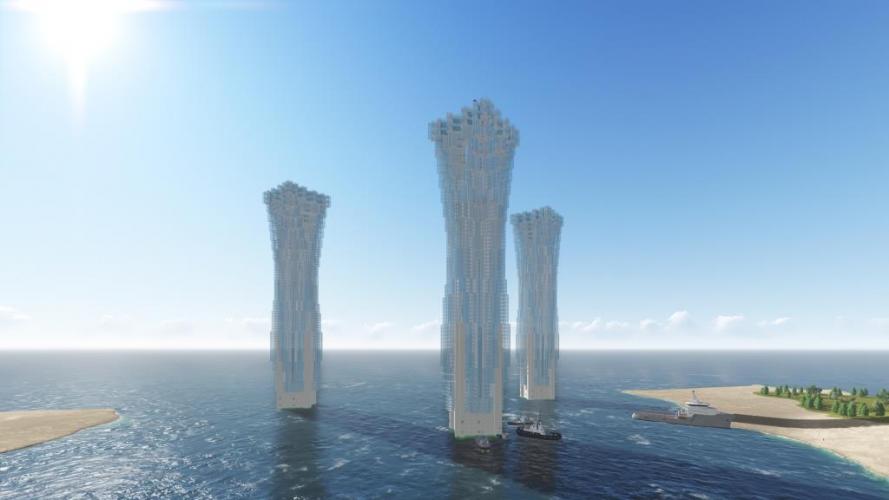