The planet's climate is changing, glaciers are melting, and the ocean level rises. Over time, people will realize that life on earth is not safe, so we need to move to the water. The aim of our project is not only to reap a second home to citizens of countries affected by the flooding, but also to create a completely new way of life on the water. The project is a city of communities which are situated on the surface of the water. These communities have simple structure: private houses are grouped around a large community center, which concentrates all the facilities that are necessary for life: offices, schools, kindergartens, supermarkets, concert halls. The town is built of sphere shaped buildings, kept afloat by pontoons inflated dense gas diluted with air. Two floors of the building are intended for housing, and the third is functional. This cell can connect with other cells and creates a web. Each cell has a protective shell, which helps to maintain the integrity of the building during lightning storms and even tsunamis. The ability to move is a very important function of these houses. Each cell is equipped with a control system and an engine system. In addition there is a multifunctional community center. Every inhabitant can sail on the cell and park around the center. Community centers, consisting of separate levels can be transformed: in good weather modules, on the roof of which there are parks and playgrounds, can be moved apart, and in bad weather modules are moved, insulating parks, in the form of a capsule. We believe that this way of accommodation is worthy of attention for several reasons. First, the separation of these communities provides each resident about the same distance from their places of work and entertainment. Secondly, the existence of the sea significantly saves space on the ground, which can be used for the production of food, plantation grounds.

Descriptive of Author : We changed the way of living 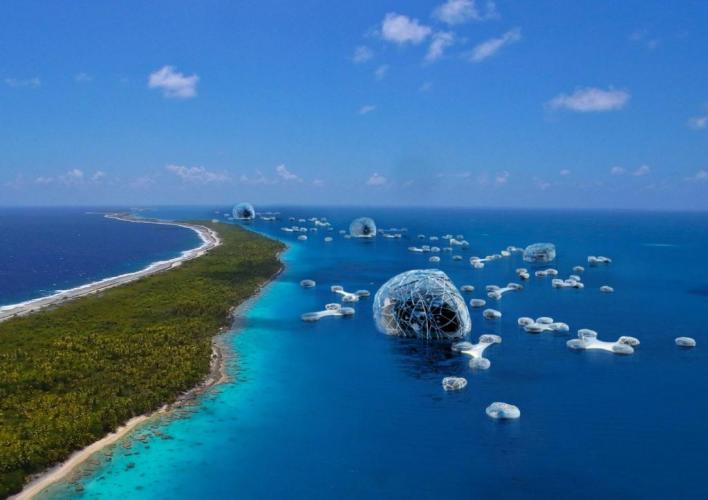 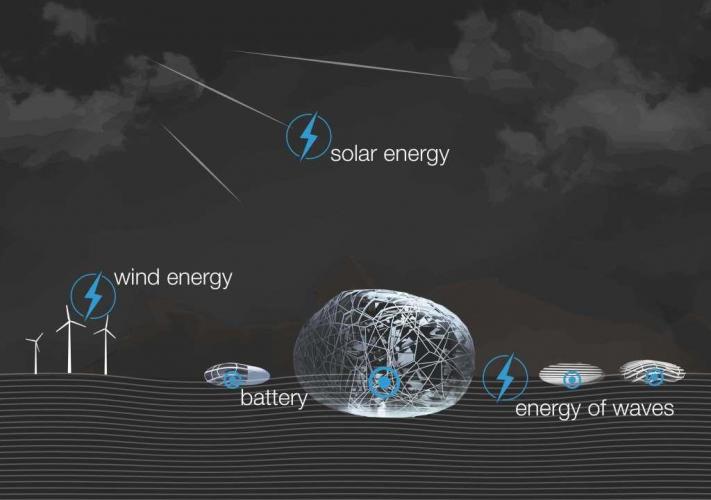 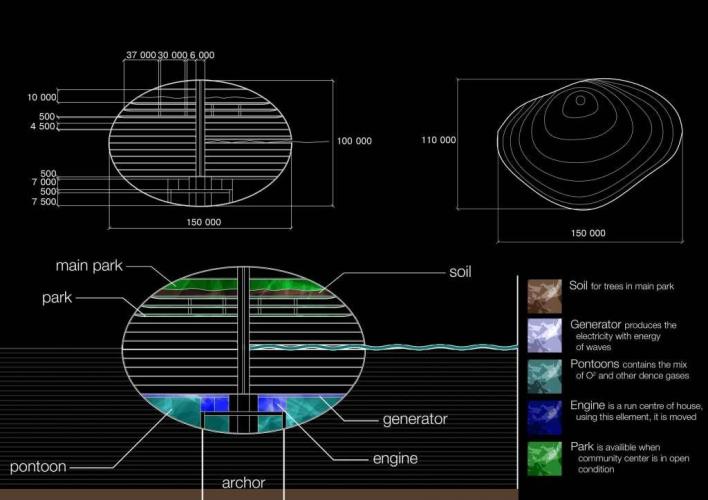 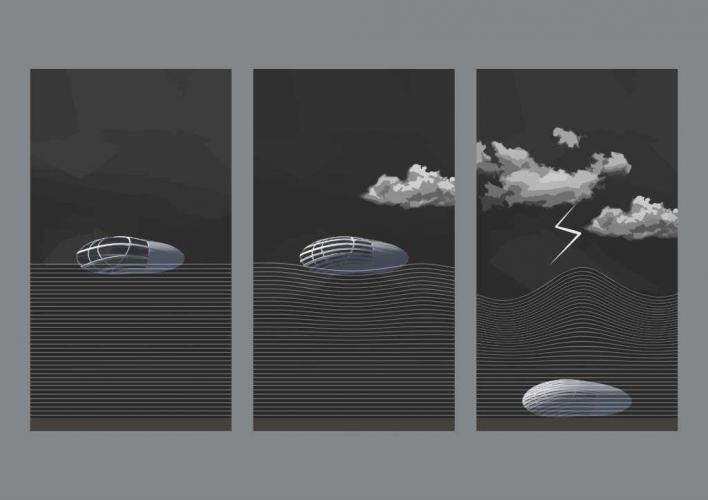 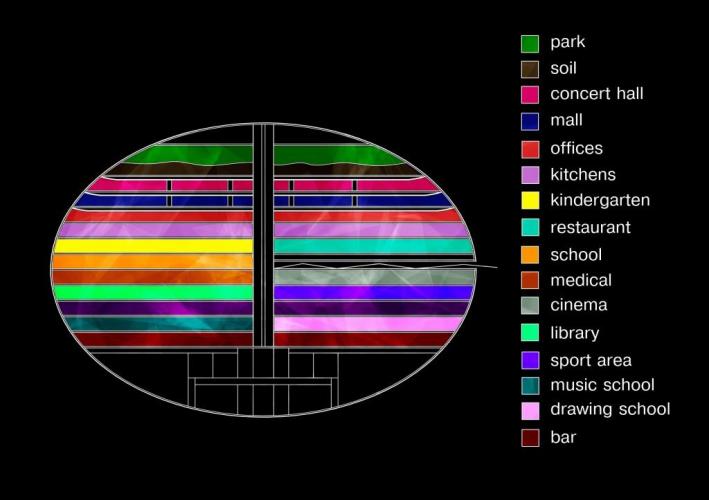 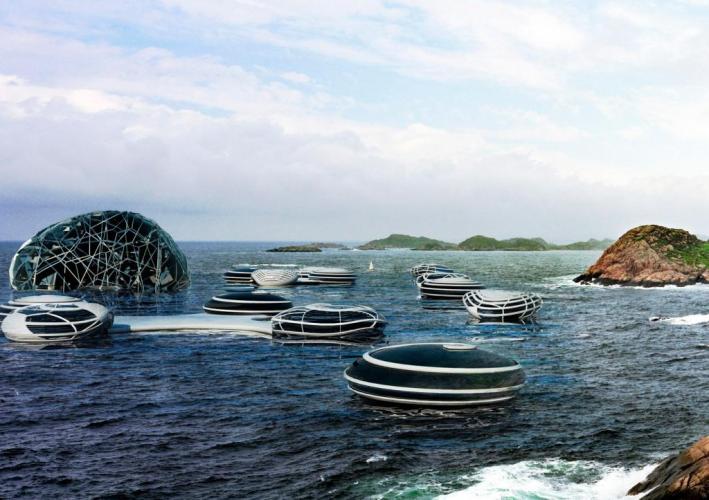 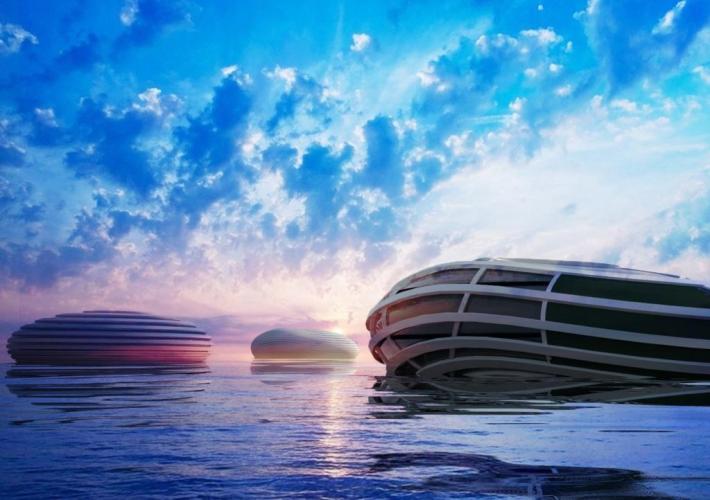 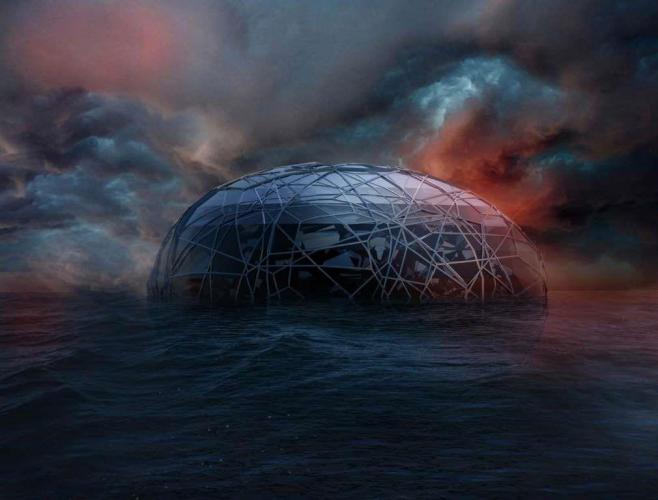 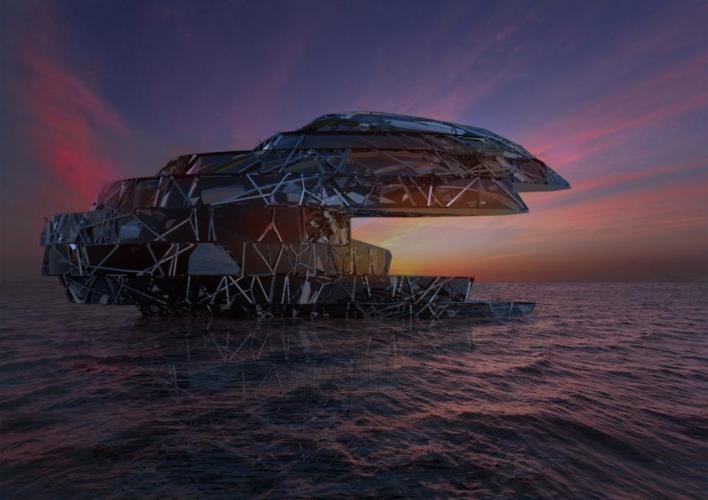 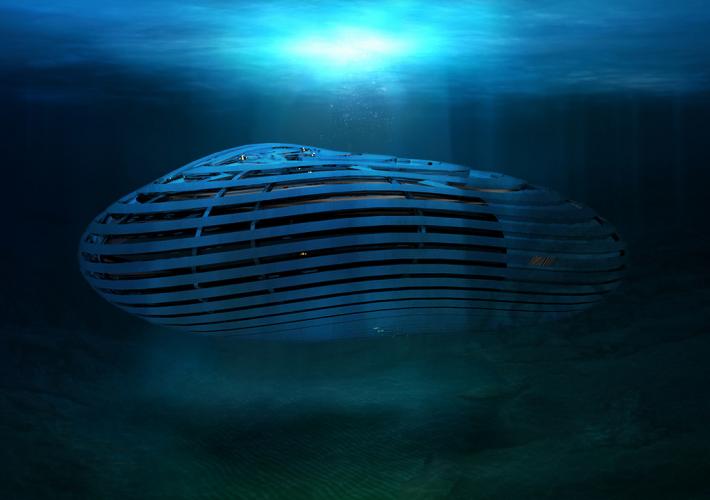 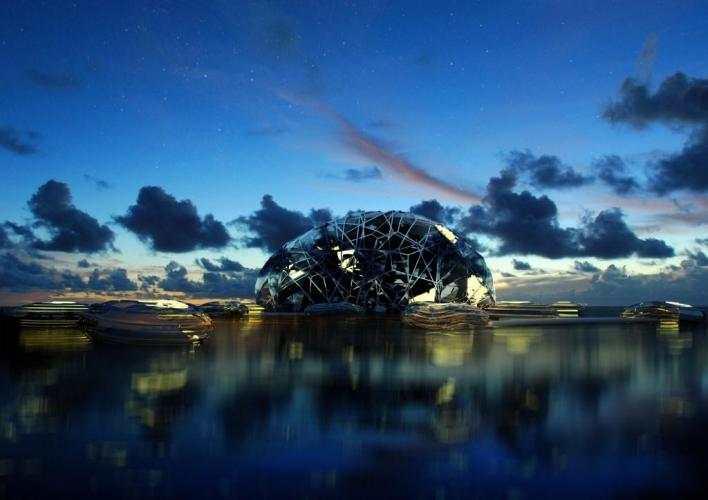 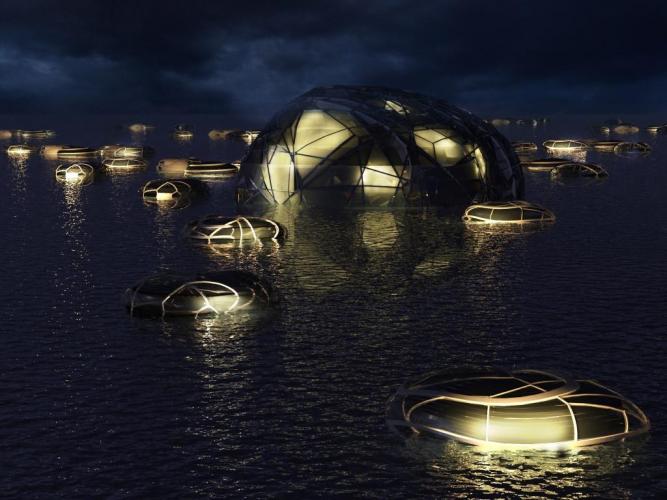 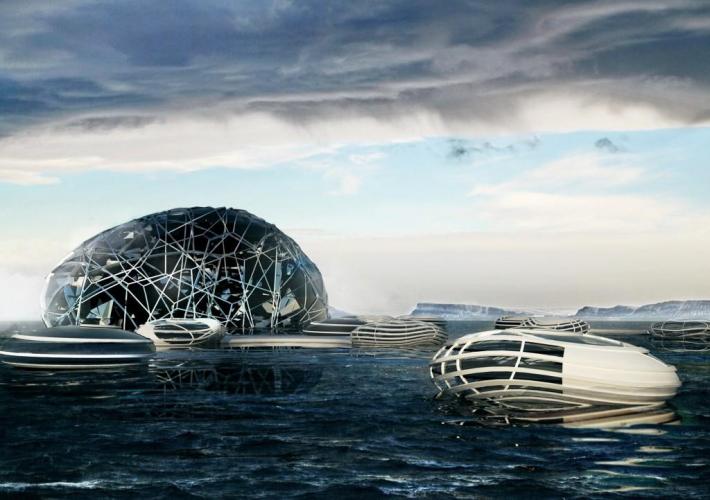 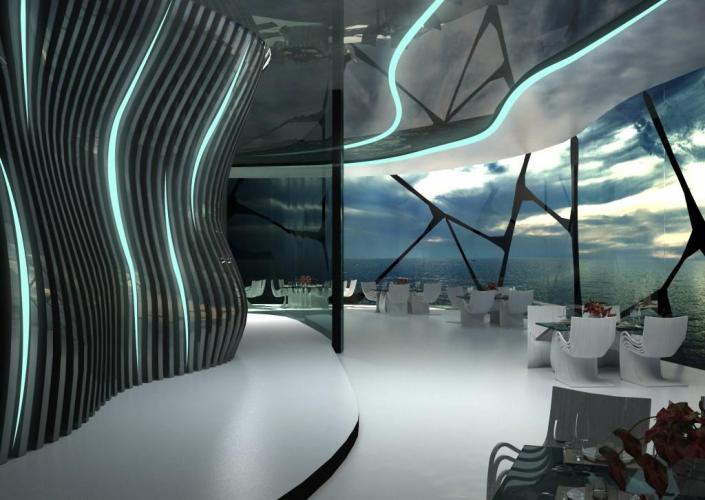 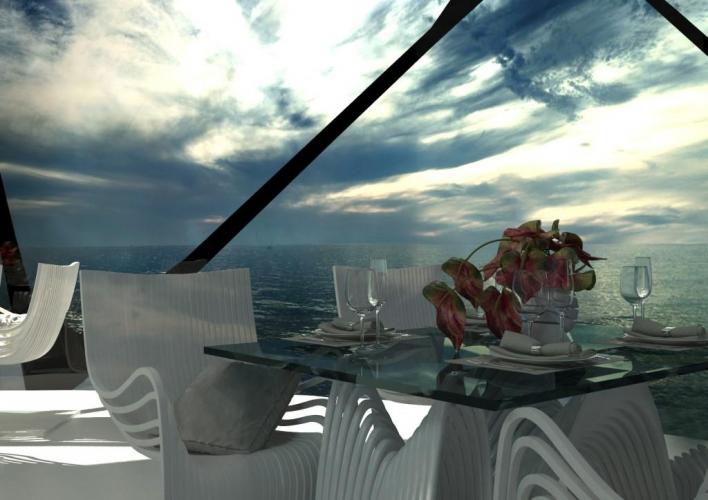 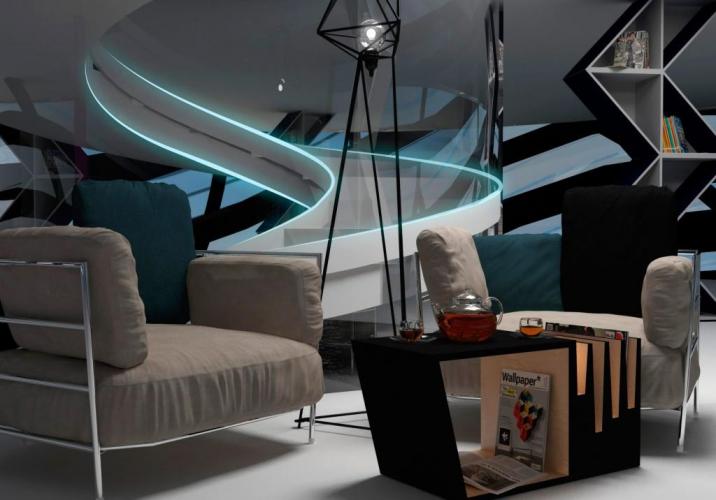 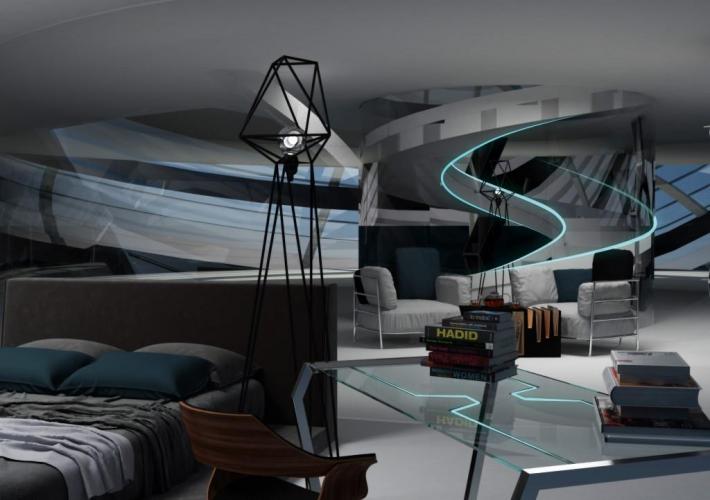