Based in an eddy formed in the wake of the California Current, Cronos is a vessel that prospects the curious possibilities of Silicon Valley companies 110 km from San Francisco. With a capacity of six-hundred inhabitants, the container offers an alternative work platform for skilled foreign workers who are unable to attain visas to work for Silicon Valley companies. Research currently conducted by these companies suggest autonomous futures away from the city where Google’s Project Loon will provide internet connectivity from the stratosphere and Tesla’s Powerwall can provide the necessary energy storage to become self-sufficient. At the very centre of the vessel is a hangar that offers an alternative to the $1.2 billion deal Google has agreed to lease out spaces within NASA’s Moffett Federal Airfield. Around the hangars are three arms with devoted functions: accommodation, leisure and work quarters. Each arm has an angular disposition, to which it is orientated and a specific time cycle, determining a pattern of rotation. Every day offers a new combination of cycles and spaces that aim to eliminate the repetition in any one person’s work-life pattern, thereby keeping inhabitants psychologically stimulated in such isolated environments and prolonging productivity as much as possible.¬ The act of flipping is made possible by the simple intake and expulsion of water in ballast tanks. Each arm consists of occupiable space above sea level and ballast tanks below. The compartmentation of these tanks allow them to fill at different rates, on different sides and gain the correct combination of water and air for maximum buoyancy. This was explored through the precedent of the FLIPship, a vessel which sailed out in one orientation and when it was engaged in research, flipped into a bobbing vertical work station. What caught my imagination were the interior spaces and how they catered to this large gesture of flipping, the fact that the act itself suggested that orientation was itself a signifier, work in vertical and leisure in the horizontal, and reimagining how this might work if it were to operate to a 9-hour working day instead of being stationed in a position weeks at a time. The timeline gives insight into the choice of rotations as they mimic opportune moments within a traditional working lifestyle, we go to work once, leave and return home twice and have three possible opportunities of engaging in leisure, before or after work or during lunch, that being three times. This 1, 2, 3 pattern is an attempt to prolong the unit of repetition in one’s routine at sea. 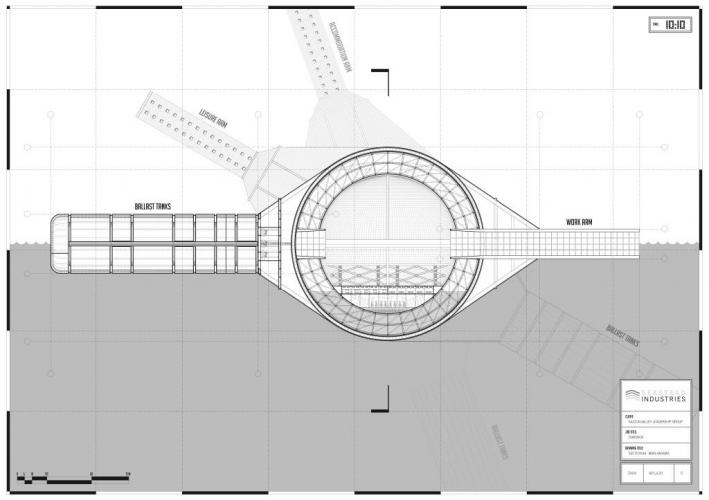 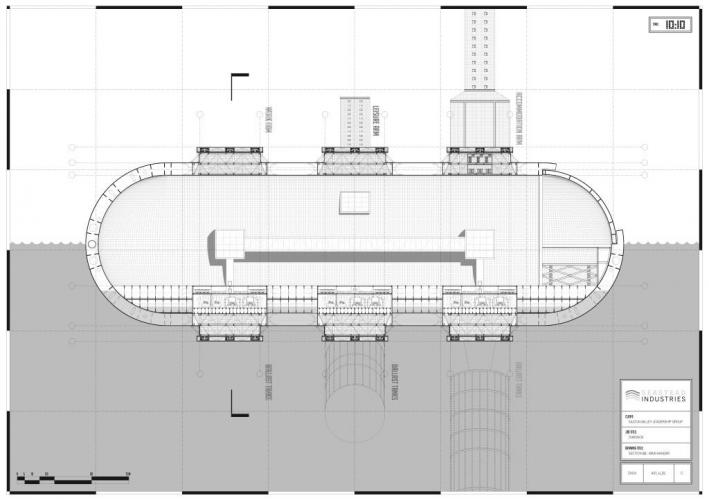 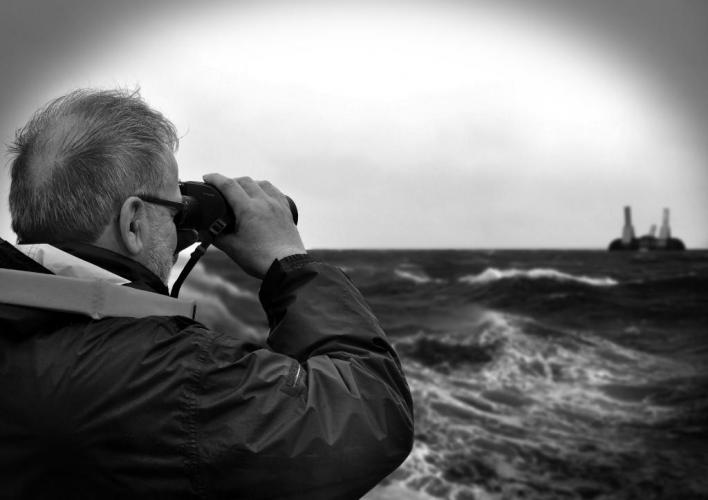 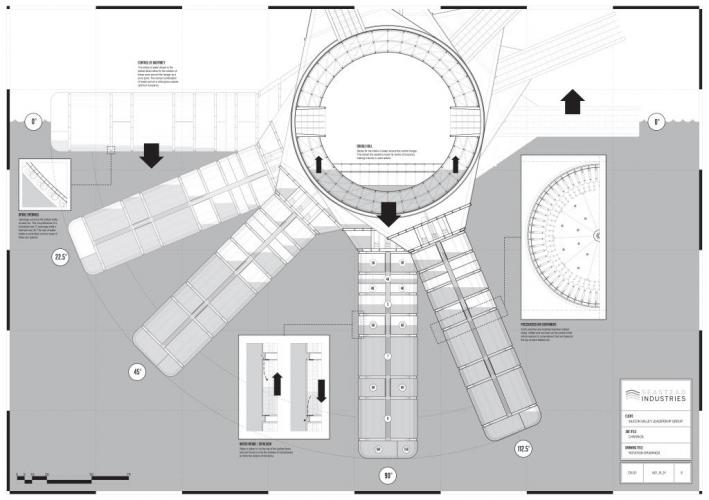 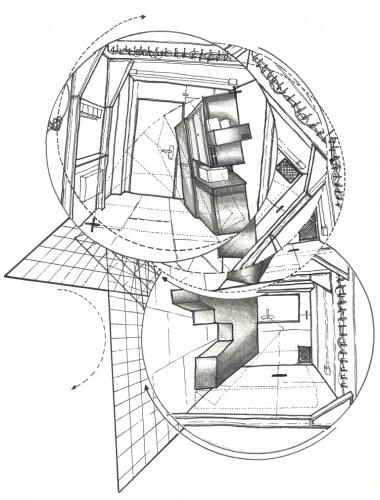 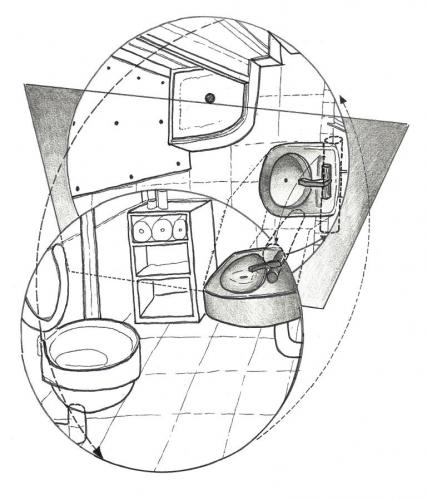 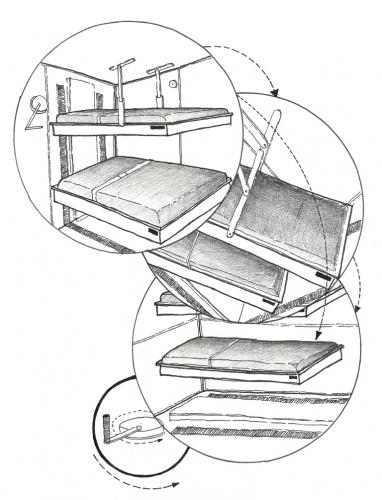 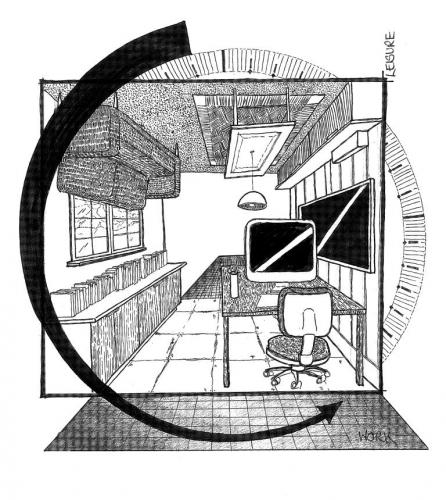 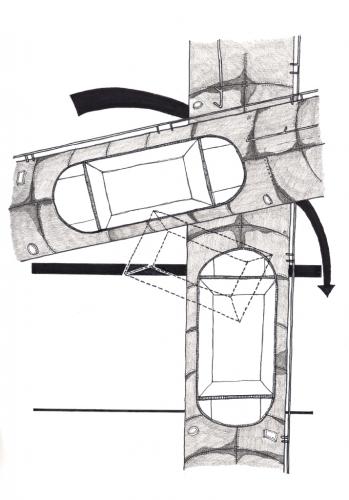 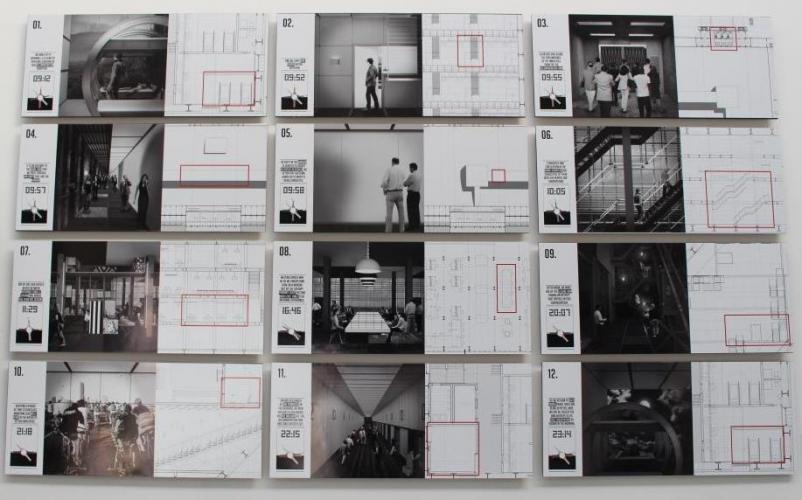 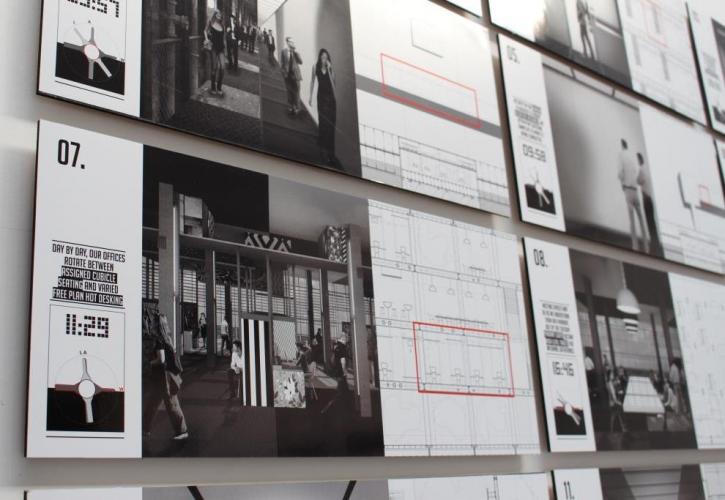 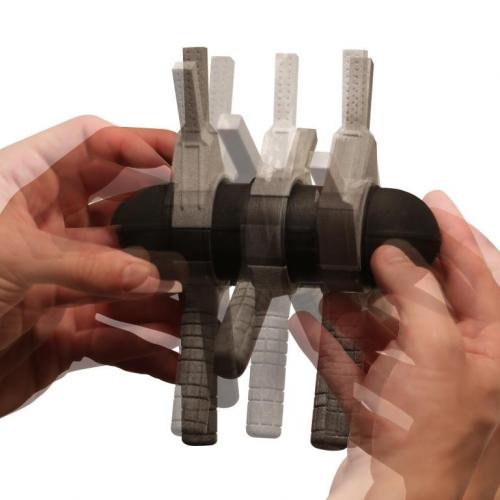