Rather than imagining a futuristic vision of the problem, this project focuses on the collective consciousness. It consists of a pavilion that aims to reach a global audience and raise it's awareness. Occupying the major public spaces of cities around the world, it will allow people to witness their neighborhoods under water. This aquatic box envelope 100 m3 and will allow people to see their city flooded thanks to the inflection of the ceiling under the weight of water; immersing them in a proactive visual and sensory experience. The aim is to make people react before it is too late. 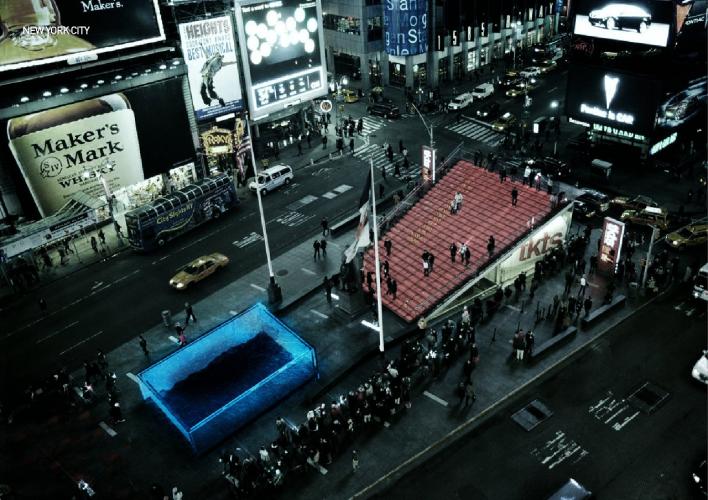 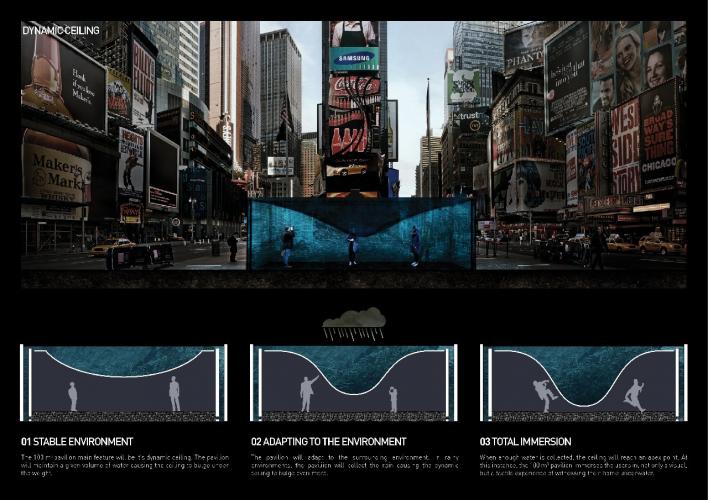 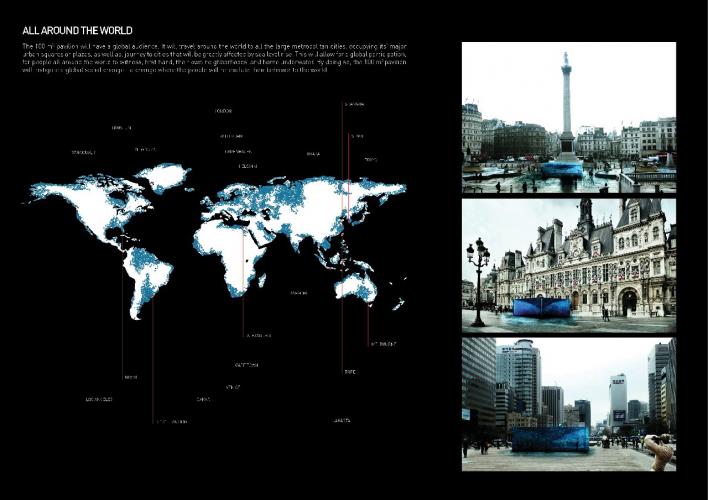