The project is located on the Hashima Island, Japan. Over the past few decades, high tides and sea level rise have damaged the existing concrete buildings on the island badly, as if nature was taking over the human creation. This proposal envisaged a responsive architectural system that anticipates and mitigates the extreme climatic conditions caused by global warming and sea level rise. The proposal entitled Amphibious Architecture, was inspired by Amphibians which hosts a wide range of habitats such as terrestrial and aquatic ecosystems. In a terrestrial mode, the Amphibious Machine is simply a static structure that allows the existence of a community. While in the aquatic mode, the machine will become dynamic so that it could either float along with the waves or absorb seismic movement with its built-in mechanism. Thus, it will mitigate certain threats caused by sea level rise. The Amphibious Machine is comprised of two major structural components. The primary structure in diagrid layout (for vertical loads), it acts with a scissor-like mechanism through the rotatable joint at each intersection. The secondary structure ( for lateral loads) is composed of a haydraulic system which could extend and shrink. Both of these structural elements shall be made out of hollowed steel tubes so that they could float on water in any circumstances. The Amphibious Machine took reference from an already in-use technology: Pelamis Wave Power which can generate electricity through both vertical and lateral wave motions. With such technological support, the primary and secondary structure could harvest renewable energy while mitigating disasters effects. This ensures the accommodated community to be self-sustained and maintain its performance during and after a disaster. With the design intentions and technological references, the Amphibious Machine envision a new typology in architecture that is adaptive and responsive to mitigate through natural disasters and sea level rise while preserving the home of the community at the same time.

Descriptive of Author : A terrestrial and Aquatic Architectural System 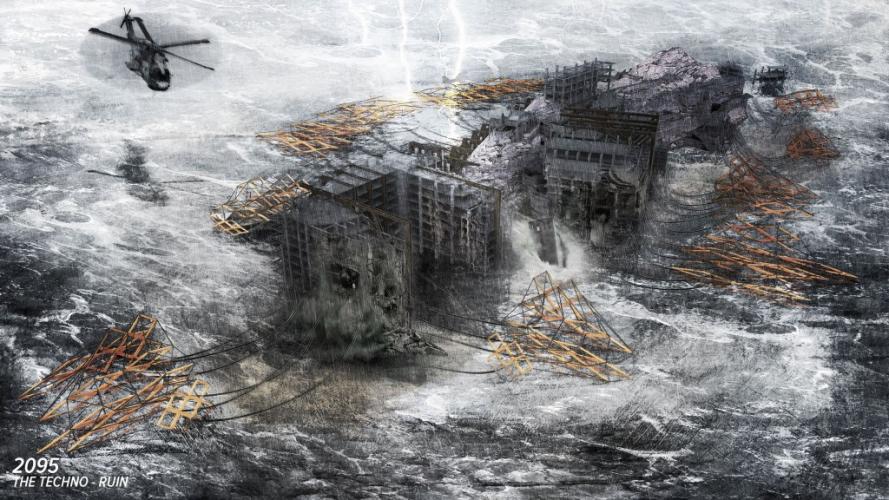 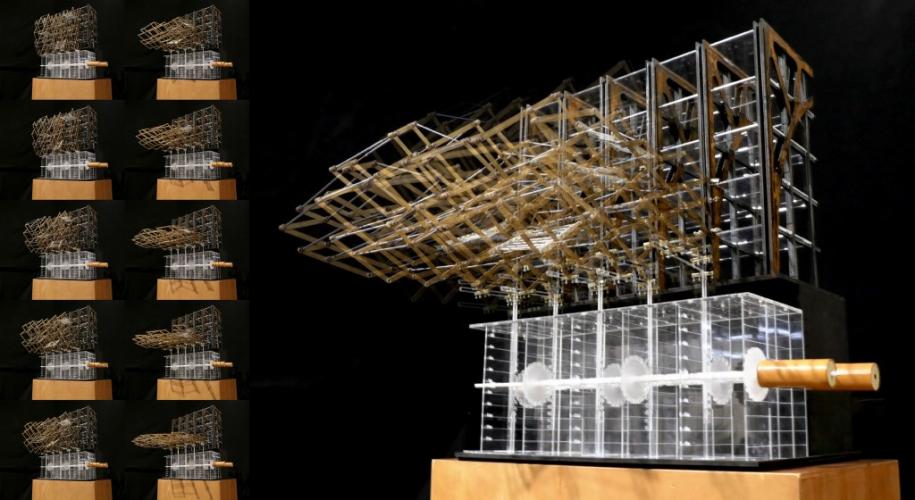 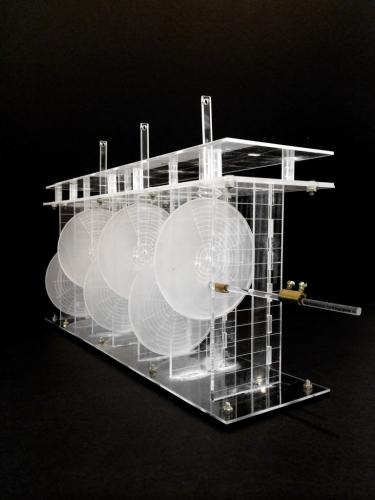 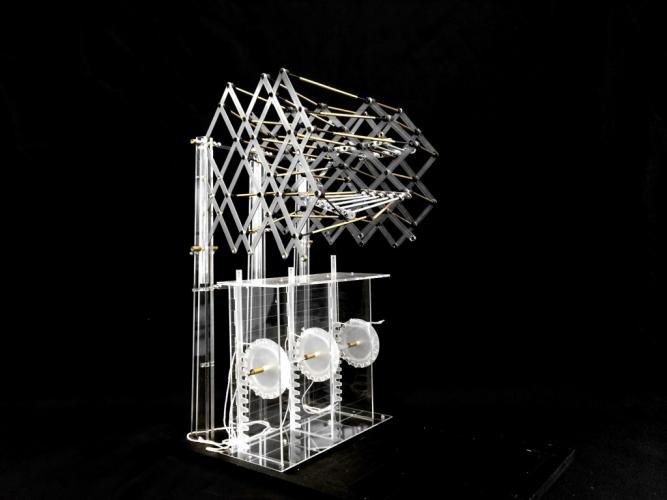 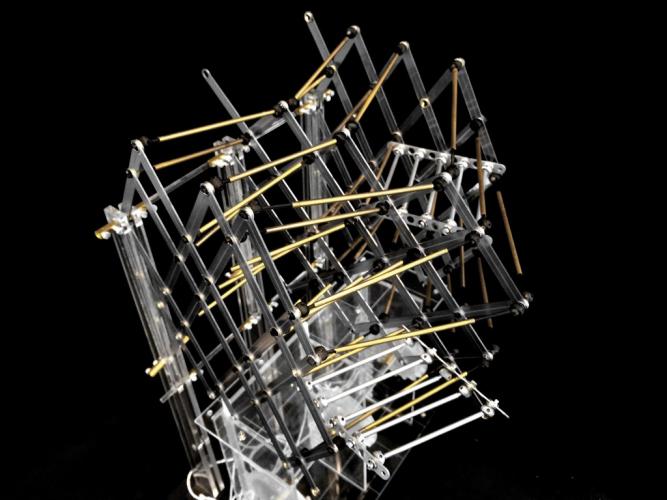 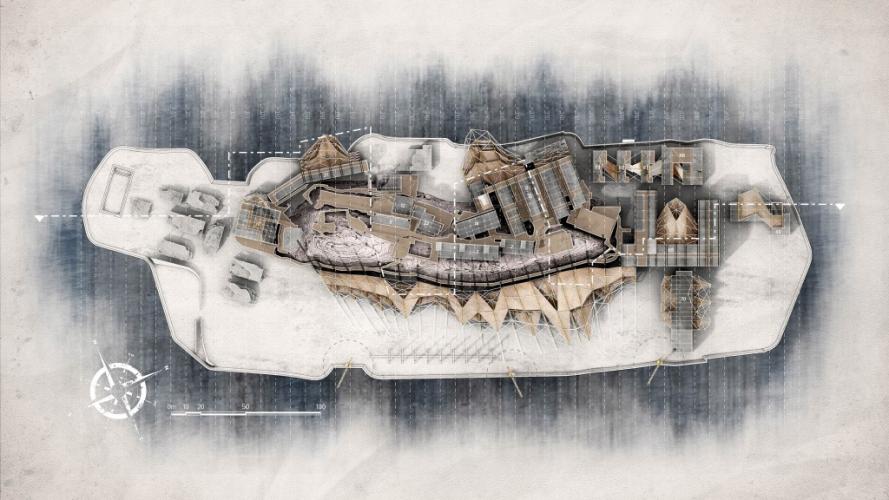 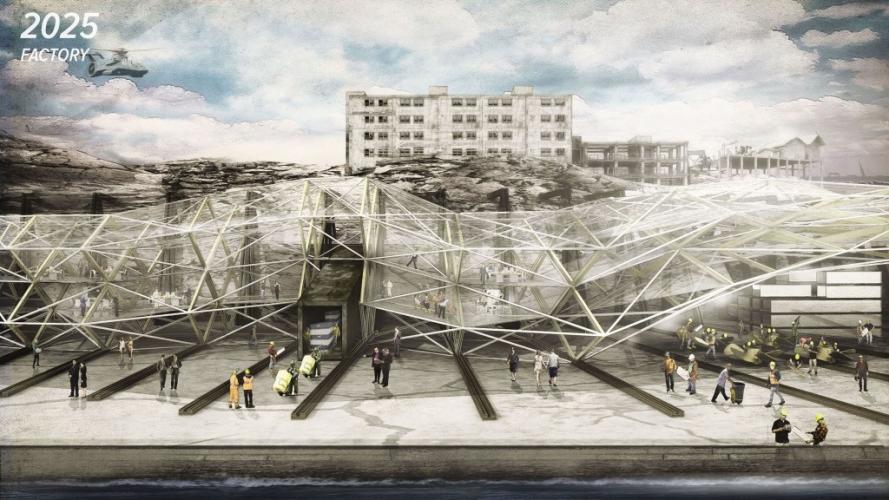 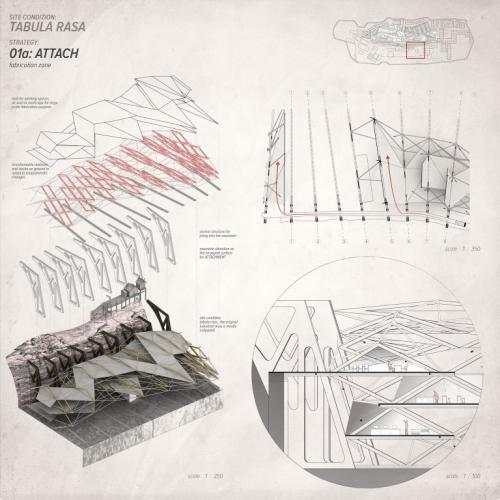 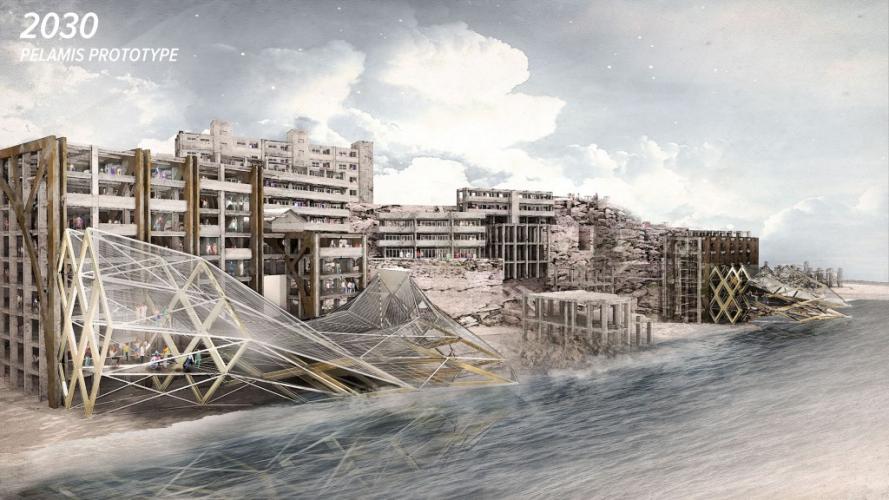 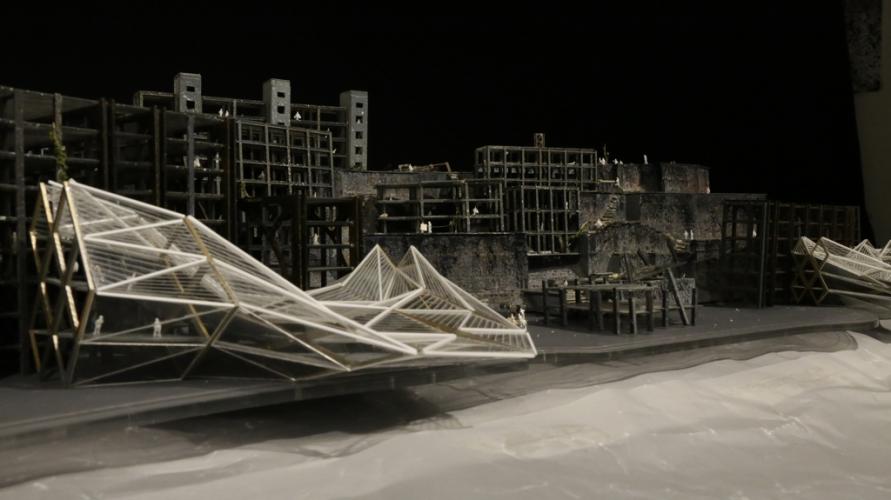 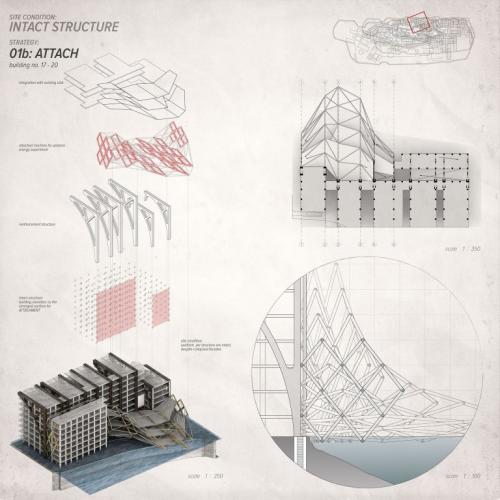 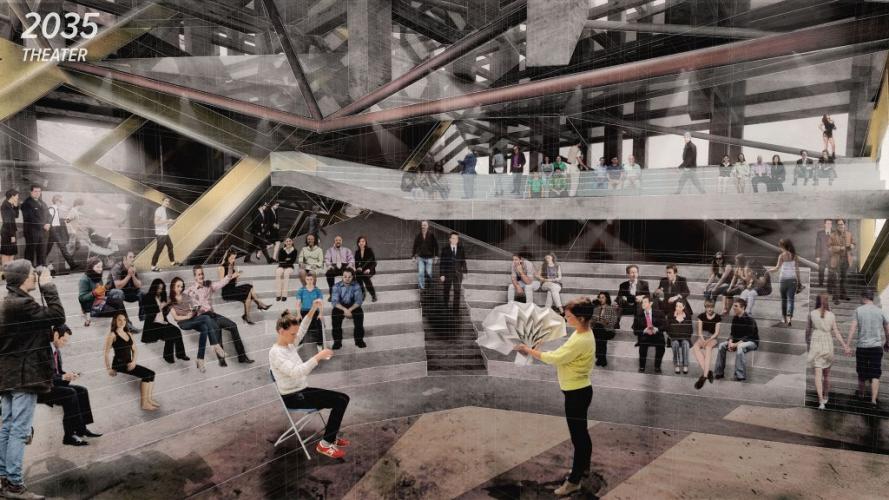 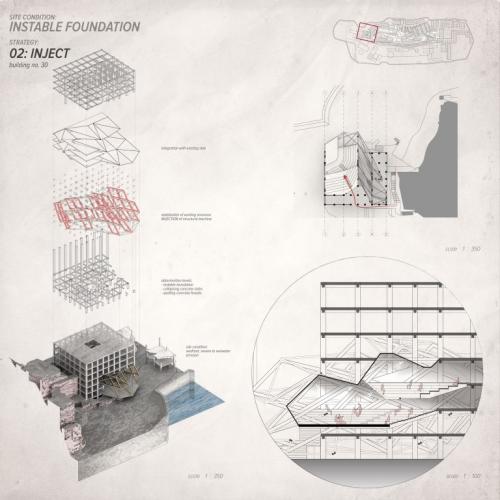 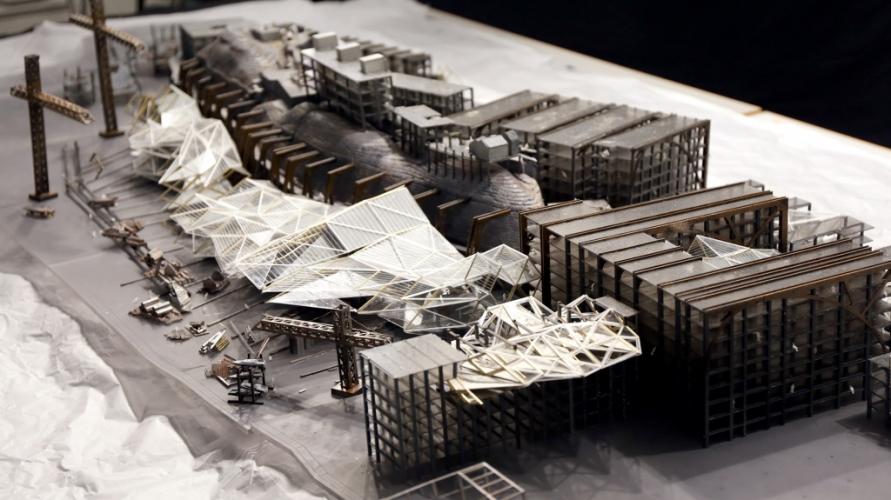 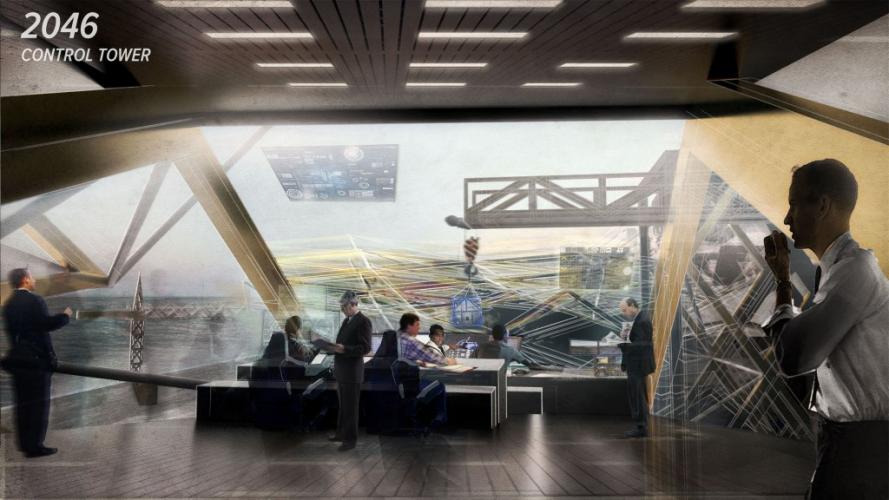 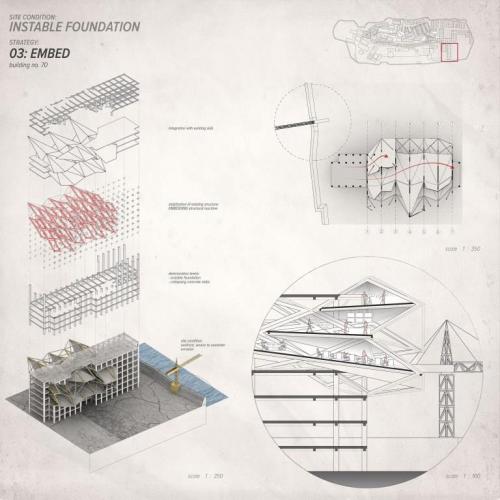