2 101. After the Big Flood, which has overwhelmed many coastal cities in a decade, a young team of architects has been working on the city evolution. During their researches, they found a mysterious project of a submerged city, Summersa, dating from 2015. Of this city, only few fragments of its port were found. With its tower, the port was a true urban catalyst and main building of the city. It also provided the whole city with power, drinkable water and district heating, thanks to its systems working with environment where needs are drawn from the ocean. From this bold project, the architects’ team dreamed up a new urbanity organised around a tower network, which follow the example of Summersa’s ports.

Descriptive of Author : Tale of a submerged city 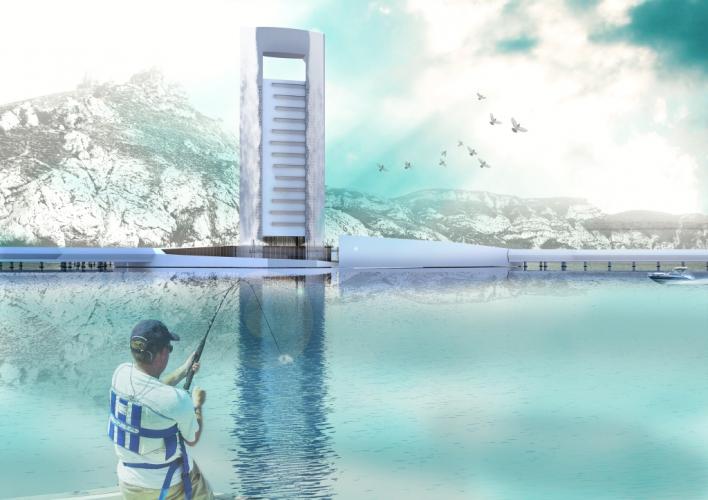 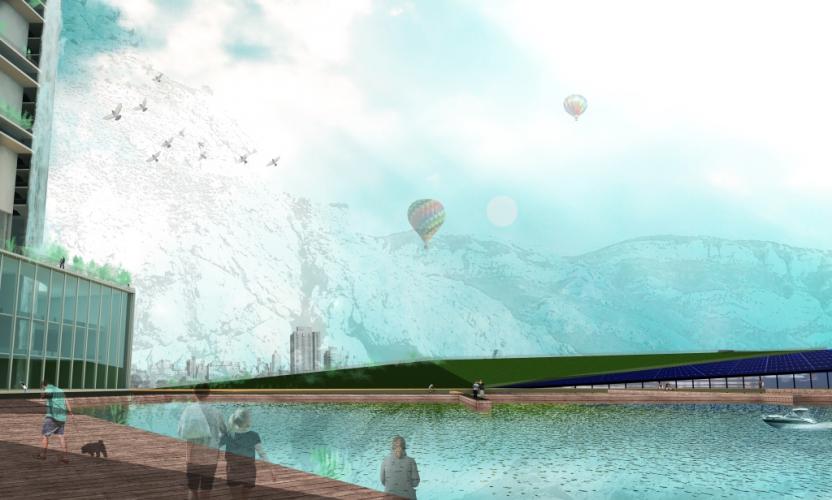 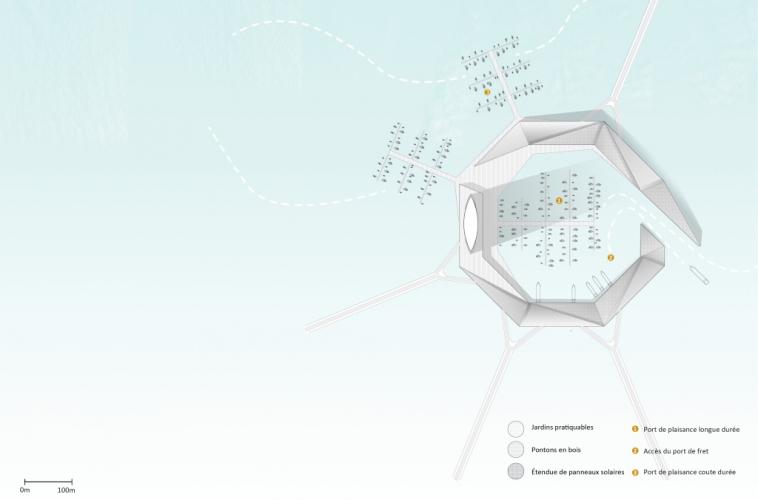 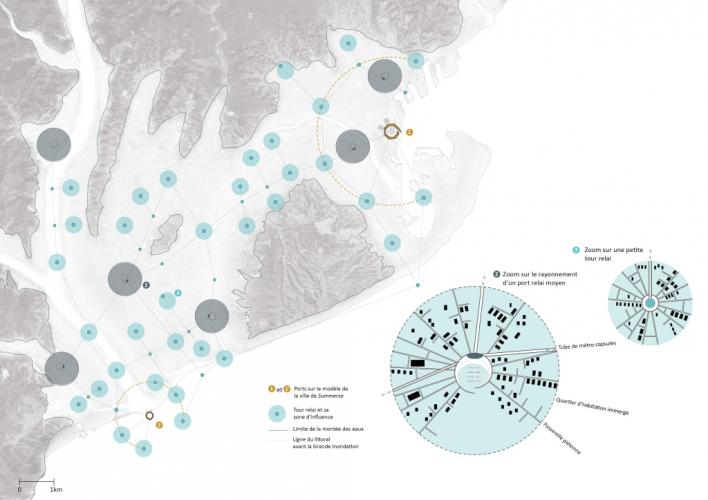 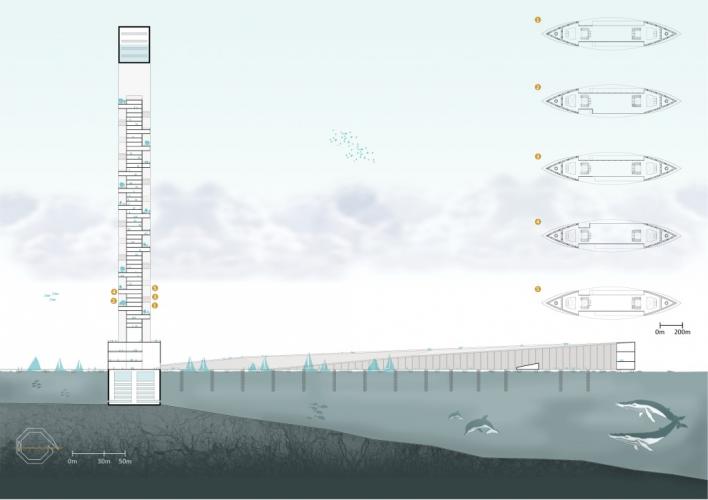 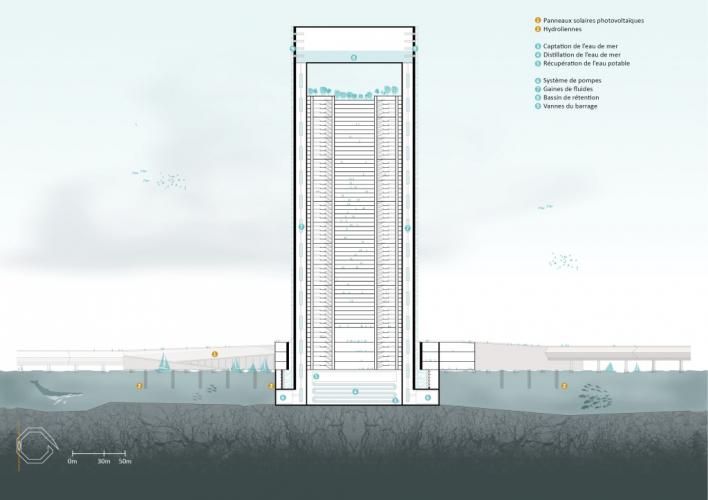