Pollution isn’t only on earth it’s also in the space. The project is about dealing with a Cloud of debris and uses their components et potentials to feed the project’s efficiency. The latter will show itself under the shape of a spatial object. In an optic to implant an identity volume in this space ( imposing constraints of slowness, ground orbit and gravity 0), the project will find it formal and functional appearance by one of these aquatic beings : jellyfishes. Just like underwater variety, the project will move from orbit to orbit by following debris. The aim of this vessel is to clean up the Space and to plays like a regulator against pollution. 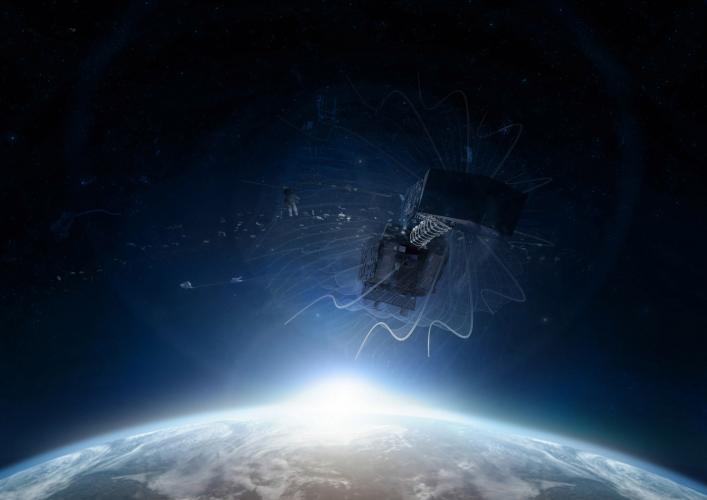 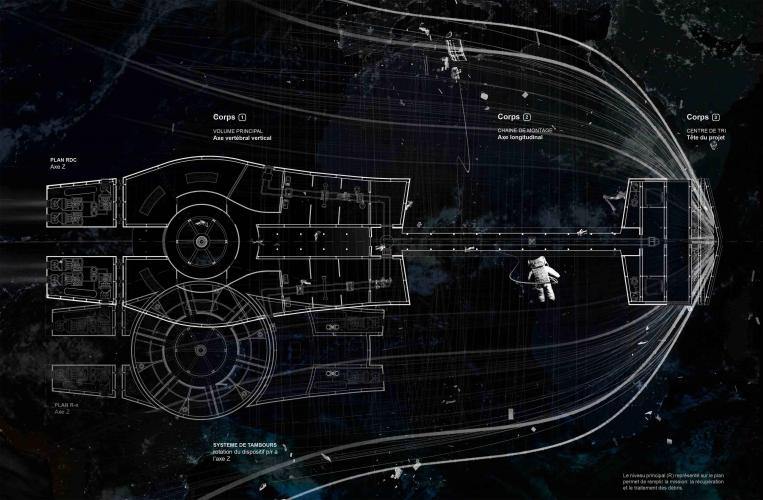 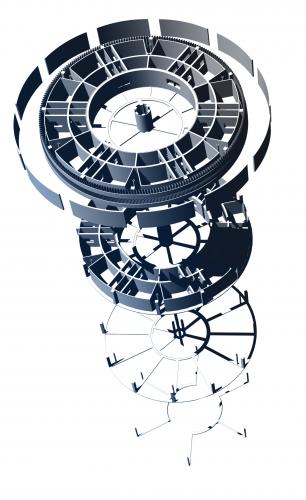 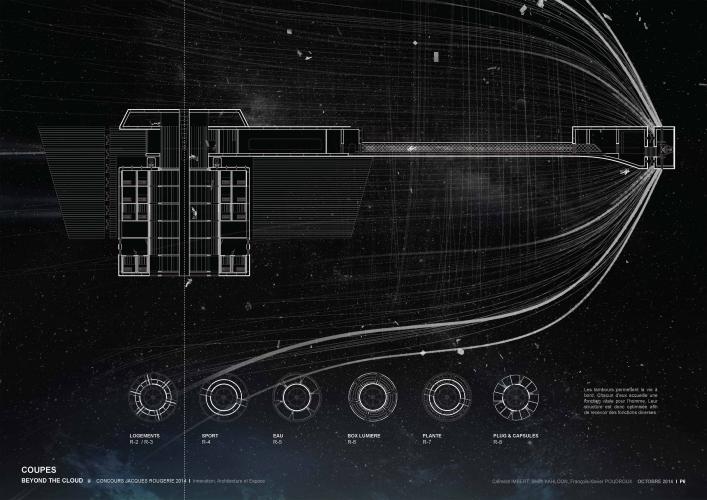