Despite governmental policies in Bangladesh to relocate populations from the lowlands to the highlands, and the construction of shelters and berms, the issue of flooding, aggravated by climate change has become critical. The country is running out of land and its number of “climate refugees” is exploding. The massive displacement of vulnerable populations enduring climatic distress will become a problematic policy in the longer term. Adaptable living environments should constitute the basis response for human settlements, as unstable atmospheric condition will constitute the new reality of the future. SEA OUR LAND is a city for a changing world. It is a prototype urban structure that addresses physical and social needs in view of the growing challenges of climate change in a heavily urbanized South Asian context. It is a floating structure moored to a linear backbone of shelters on piles, a structure that adapts to the tidal changes and varying water levels, making it invulnerable to flooding, storms and sea level changes. It is designed to use renewable energy, harvest hydroponic vegetables and rainwater, and to encompass aquaculture. In order for the island population to develop a sense of ownership of this project, the idea would be to organize through local authorities an interactive dialogue with the island inhabitants of both genders. It is important for the viability of the project, beyond its technical features outlined above, that it is so developed as to be made fully responsive to the culture, traditions and way of life of the islanders.

Descriptive of Author : Between the roof of the world and the mouth of the ganges 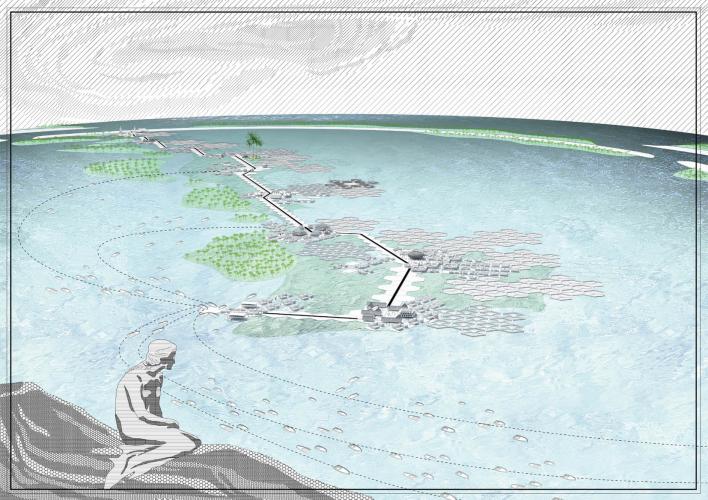 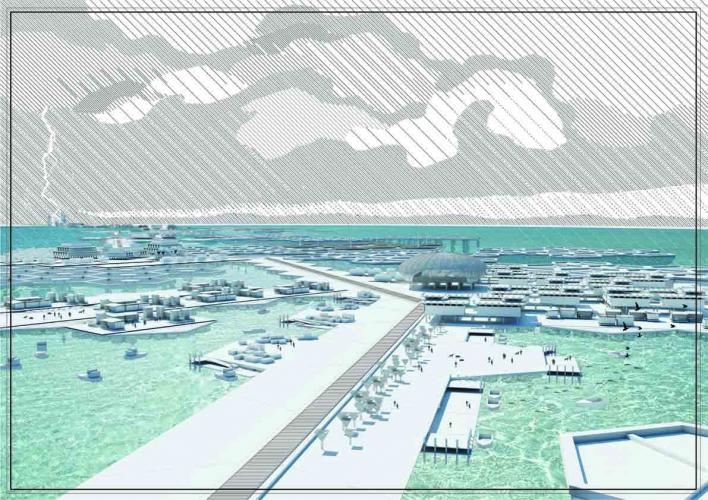 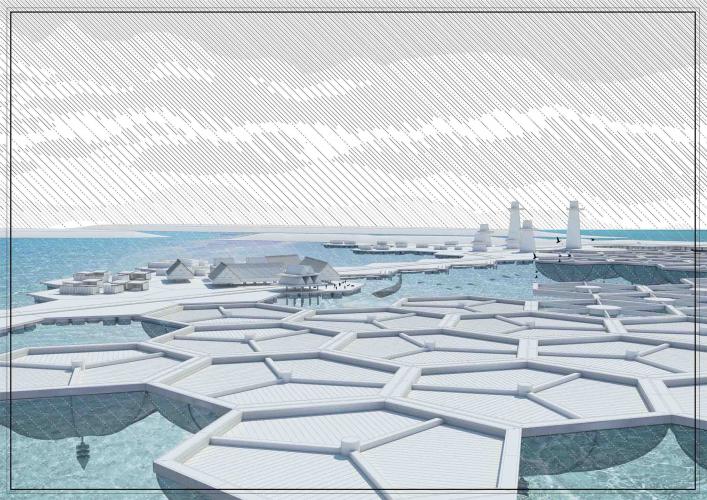 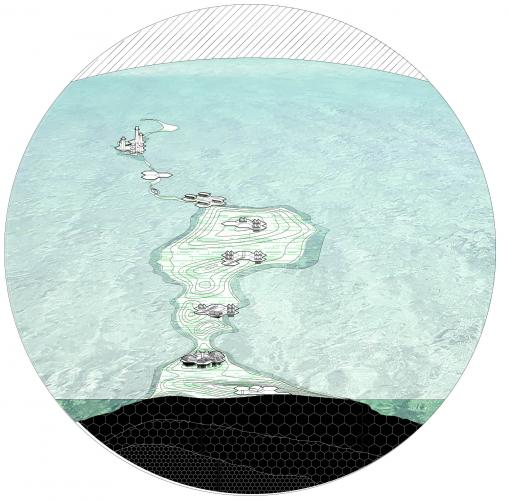 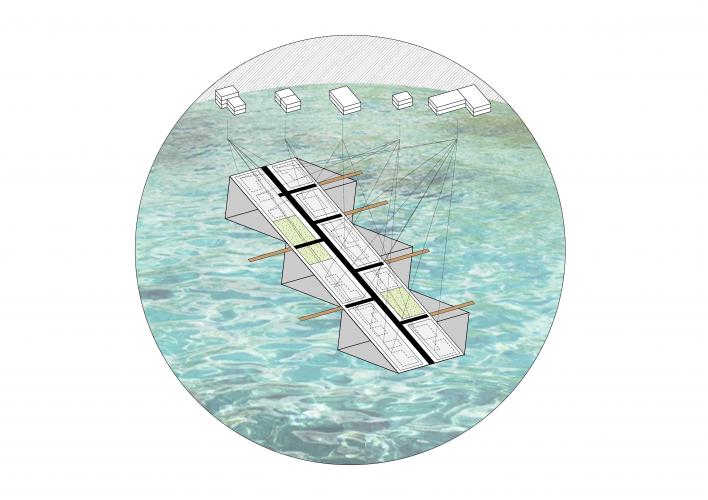