Based upon thoughts by Rodney Brooks, Space Oddity conceptualizes and attempts to materialize the notion of selfassemblage and self-organization. The concept allows for a self-containing, self-organising and self-assembling formation to occur. In this extreme hostile and inaccessible environment the immediate advantages of the system are apparent. • Easy deployment • Potential of continues expansion/contraction to meet future needs • Malleable structure allowing for continues spatial reconfi guration and self-healing/repair • Min. human labour The system consists of 3 main entities: -Smart Brick: Creates a self-organising ‘skin’ that distributes evenly according to neighbouring rules and creates enclosures due to their relation/ threshhold to the ‘voidmaker’ -Void Maker A self-containing unit carrying all necessary equipment, air supply and unfoldable personal quarters. Self-Organises according to earth orientation and programmatic needs - Trash Accumulation Due the magnetic properties of the system the idea is to establish an integrated ‘space-cleaning’ entity of the system. The malleable nature of our structures could have the potential of absorbing space trash and dust. So rather than seeing spacetrash as a problem, the idea is to appropriate the only found onsite material and use it as ‘mortar’ between bricks sealing off the system over time “ 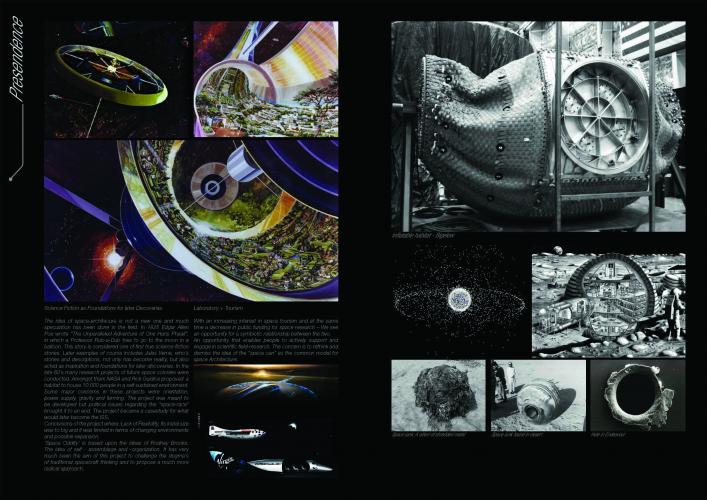 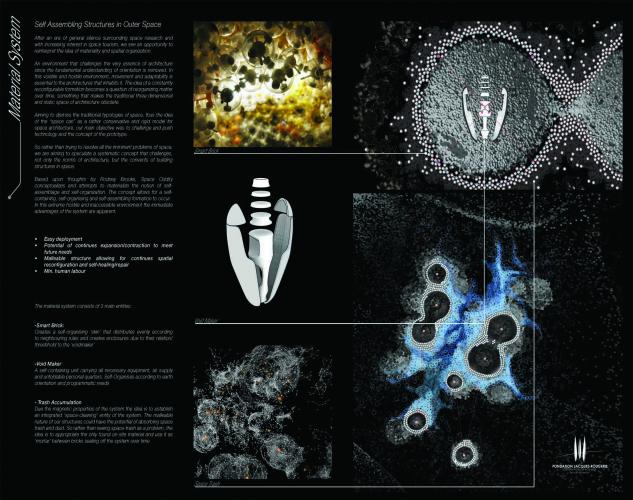 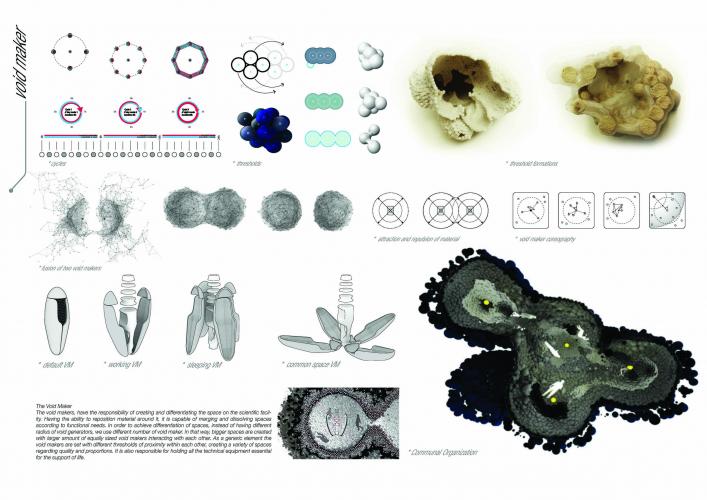 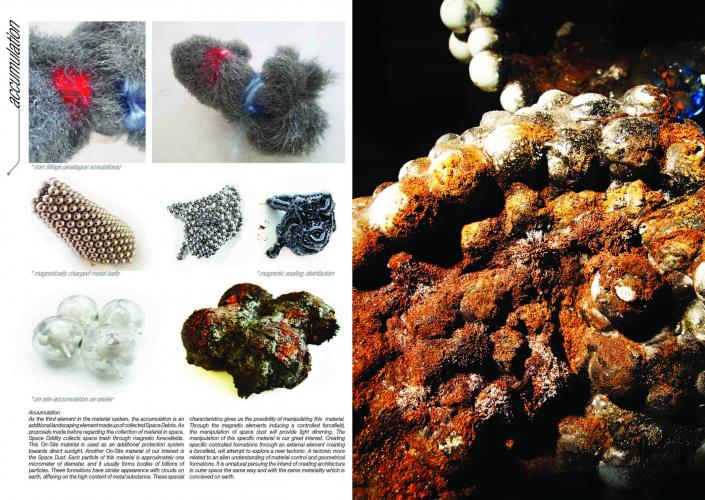 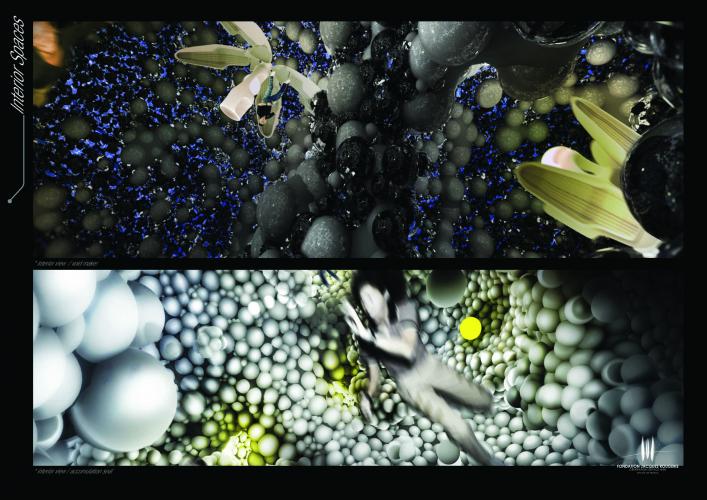 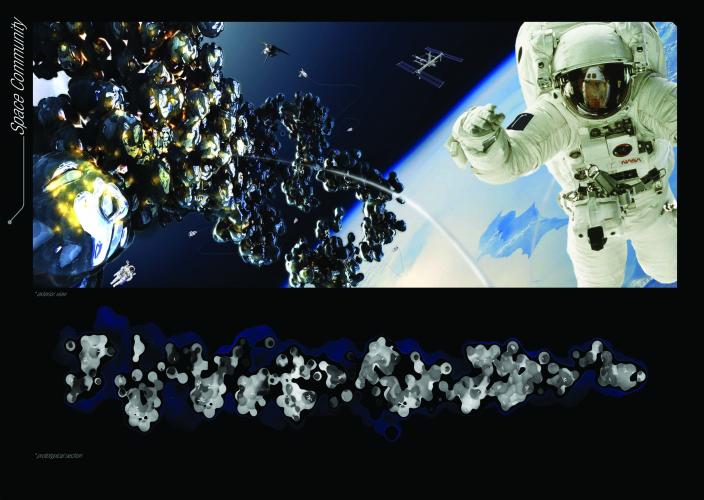