If all 1,200 disused oil rigs in the Gulf of Mexico are converted for seafood and biofuel production, we could produce 99% of oil for Louisiana as well as 10 times the seafood consumed per annum in the States. While the ocean attributes to 75% of the Earth surface, only 2% of our food is produced from it. In 2011, it is the first time in human history that fish production exceeds beef production. It is high time to re-conceptualize the ocean as the new ground for food production. Currently we still rely more on fishing than aquaculture. Yet, 9 out of 10 fish is over-exploited. What if a new urbanism is based on aquaculture? Together with the shifting incentive to harvest renewable energy at sea, can idle oil rigs be reused for simultaneous harvest of food and energy? We know more about the surface of the moon than the seabed. Most seafood consumed is from the top 2% by volume of the ocean. Most deep-ocean species concentrate towards the bottom of the food chain are crucial for recycling marine wastes. We can save 90% of our resources by switching our diet to fish from a lower pelagic layer. Can we rethink our horizontal surface aquaculture as a vertical water column? The Gulf of Mexico has the largest cluster of oil rigs over the world. 1/3 of oil rig at the Gulf is currently disused. Under the ‘Idle Iron’ policy, most of them will be removed in coming few years. However, these oil rigs contains 10 times the biomass per unit area of some fish sanctuary in the States with species containing valuable medical compounds. Can oil rigs be reused for deep-ocean aquaculture? The Gulf is the biggest dead zone existing as 41% surface runoff in America ends up there but, simultaneously, it is one of the biggest seafood producers. Kelp unlike most marine species can survive in high nutrient concentrations with a filter capacity 5 times land plant species. They can also be used to produce bio-fuel without driving up food prices. With an area of the state of Maine, it can produce oil for the entire States at a similar price as typical gasoline or diesel. Can we integrate the production of seafood with energy? Our testing site, Fourchon port, is within 2 hour drive from a ‘seafood market area’ in New Orleans. With the 15 disused oil rig, we can produce oil for half of the New Orleans population and seafood for one of its major districts. The final scheme has a kelp culture islet and a recreational islet that are connected through a research belt with a public ocean corridor. We anticipate the future of Fourchon port as a site gradually converted from oil to bio-fuel and seafood production. 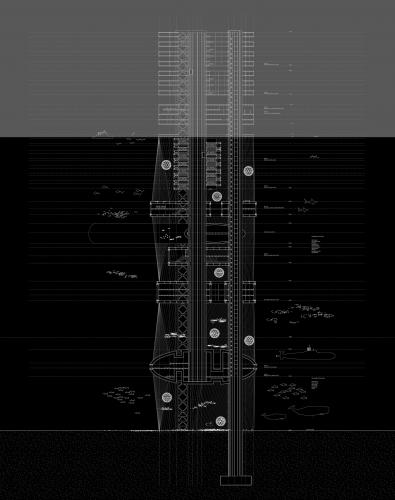 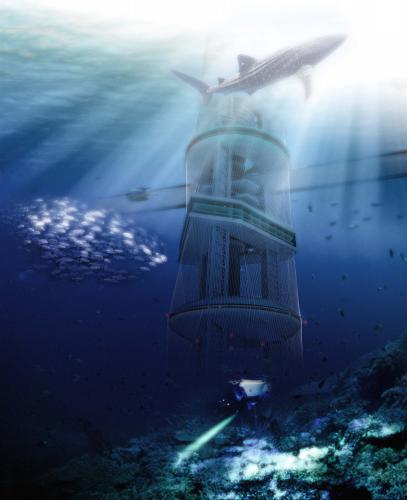 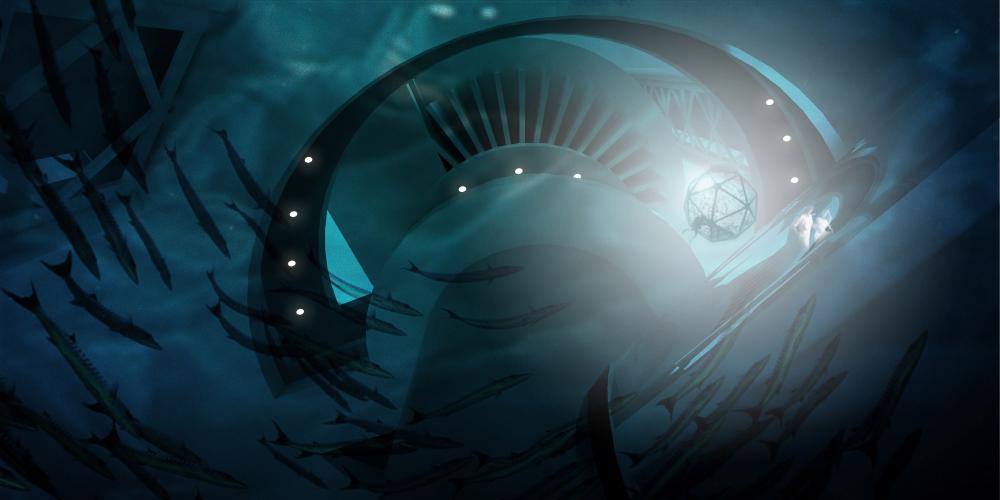 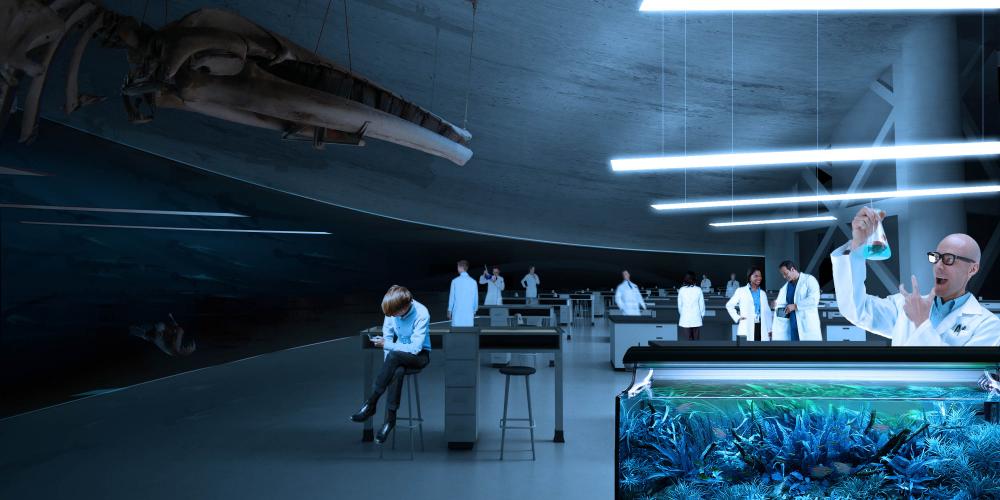