Belen, also known as “The amazonian Venice”, is one of the districts of the second biggest city in Peru: Iquitos, which is one of the most tourist visited areas with an important commercial activity. The city is divided into the High Belen and the Short Belen which every season is affected by the floods caused by the water level rise of the amazonian river. The community has adapted its urban space and architecture to this natural phenomenon. Nevertheless, lack of public space, potable water, and electricity remains a problem during the flood season. The communication system developed by the locals consists of platforms that are assembled in the moment of the flooding. Since this system is not permanent, in dry season the locals have to assemble wooden panels to create the much needed connections in the city. Public space is very important in every city, yet in Belen this becomes a problem when the flooding comes since the city loses all of its land and the habitants try to find a way around. A system of platforms is placed in the center of a group of houses, an improvised public space, that can be used as a place of gathering, to find some shadow, a place to share some beer, but this system is not realizable everywhere due to the lack of means. The same connection paths platforms are used by the boats as a port. These boats become very important to the community they substitute, are sometimes transformed into shops, serve as taxis and become the main transportation system. The aim of this project is not to solve the problem but to cope with it, the idea is to transform risks into opportunities in order to develop a space adaptable for the communities every season. We develop here a model of public space that will provide the communities with all they need. This public space can help legitimize the unique urban environment, integrate the community with the city and empower the residents to improve their life conditions. The strategy of the project can be achieved by two objectives: Provide the community with potable water, treated by a system of recycling of rainwater, and electricity through the integration in the space of solar panels. Connect the city and the community through public space that would allow informal commerce and can be used in multiple ways. "Amphibian" is designed to be adapted to the ground in dry seasons and serves as a shelter with its cover that in flooding season will be unfolded by the water forces and become a platform that will allow the use of the public space by the use of the connections created by the locals.

Descriptive of Author : Public space as a catalyst 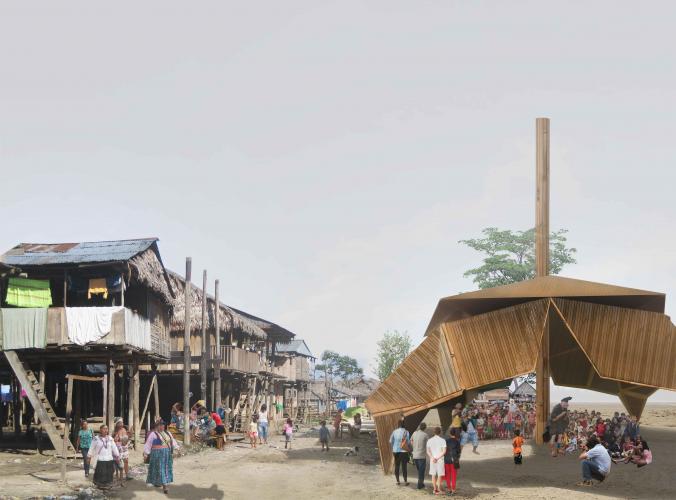 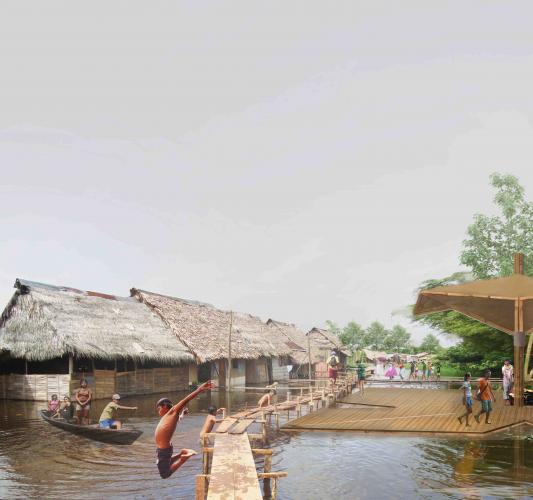 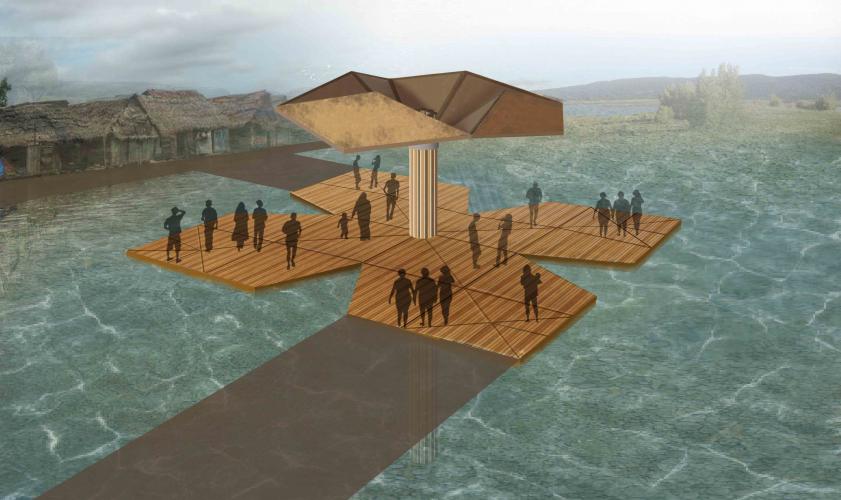 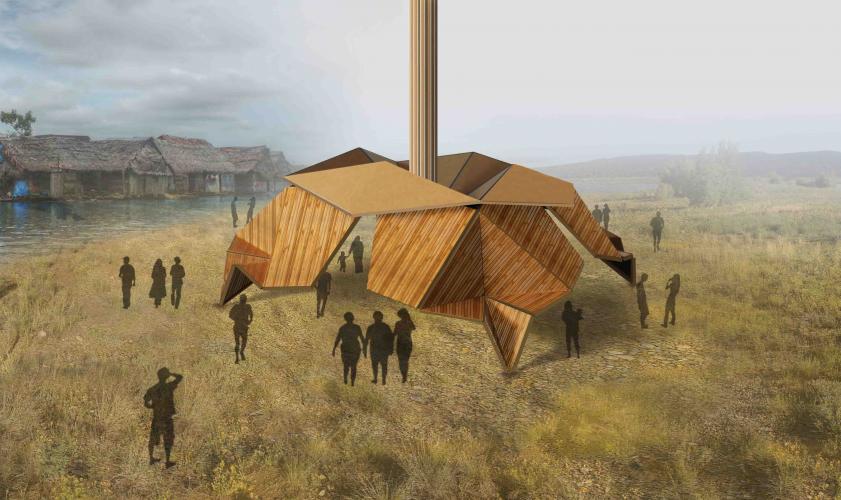 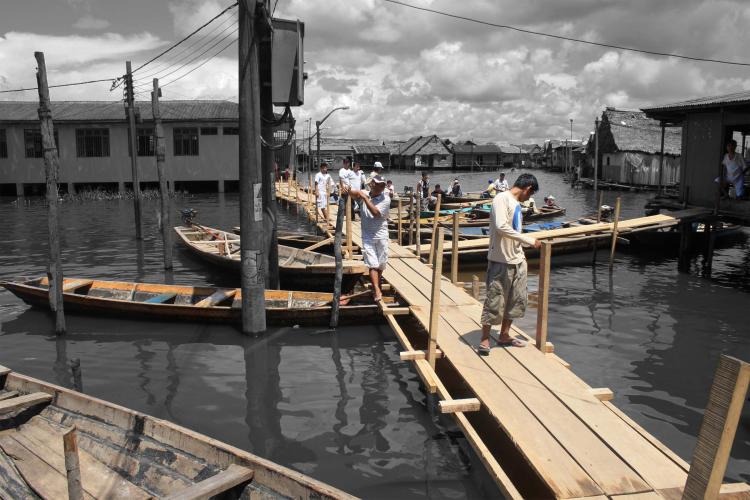