“There’s no shortage of water on the blue planet, just a shortage of fresh water.” Fresh water has always been and will always be necessary for living, that’s why desalination plants are becoming more and more frequent all over the world. What if we could use desalination technology to create a system of floating plants, which would use salty ocean water to irrigate crops exactly where it’s needed. The idea is to simply desalinate water on the sea and send it remotely over dry lands. It would consist of two major elements : offshore-crew-operated desalination plants as “docking stations” and a group of drones plugging into the plants and loading fresh water. Dry lands could hence benefit from the ocean water surplus. The team has chosen drones as a system for transporting this surplus of water onto crops. These unmanned vehicles would be charged through the “docking stations” with energy and water. Drones would be equipped with GPS and would navigate through areas of vulnerable drought so that fresh water could be transported directly onto those areas. Thanks to that, even in region affected by drought, people could live a normal life and make advantage of well-hydrated soils. The whole system would be completely eco-friendly, using renewable marine energy from currents obtained by marine turbines. According to scientists working on developing turbine technologies, estimation is made that the movable power stations would be able to generate up to 20 MWh per day. With this amount, they could easily supply in energy 14 stationing drones, a desalination system and living zones.

Descriptive of Author : A mobile response to the problem of drought 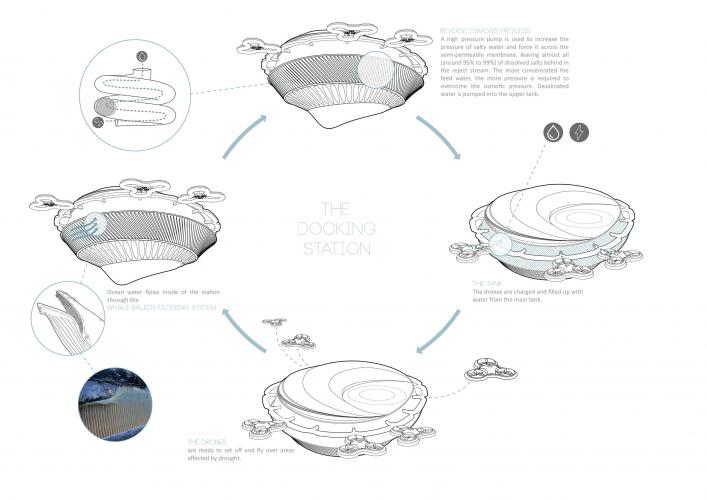 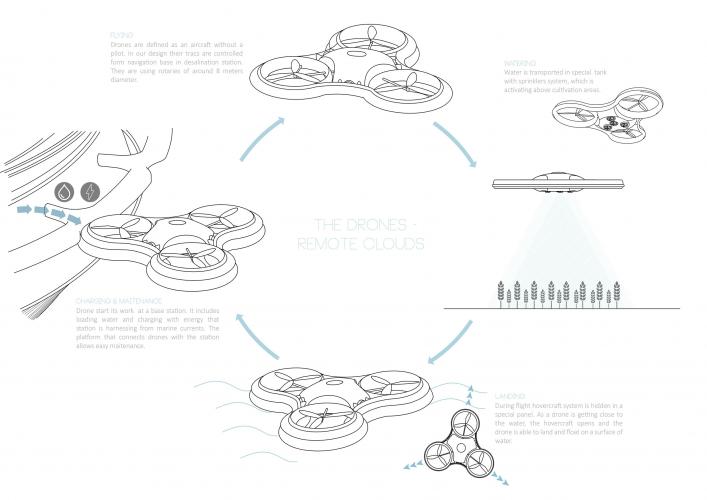 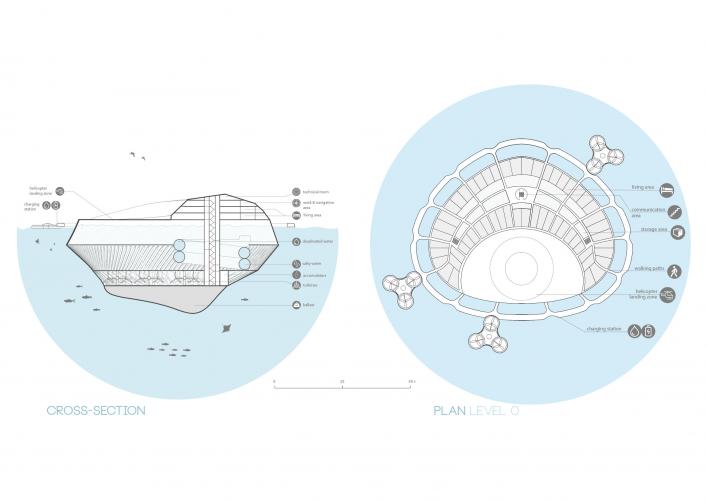 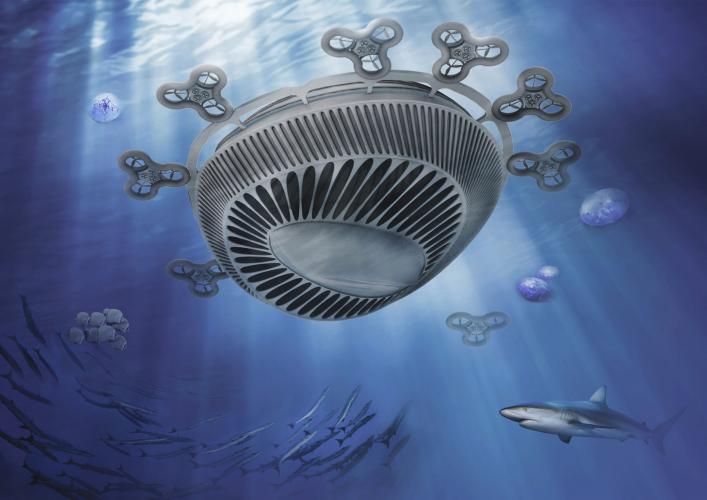 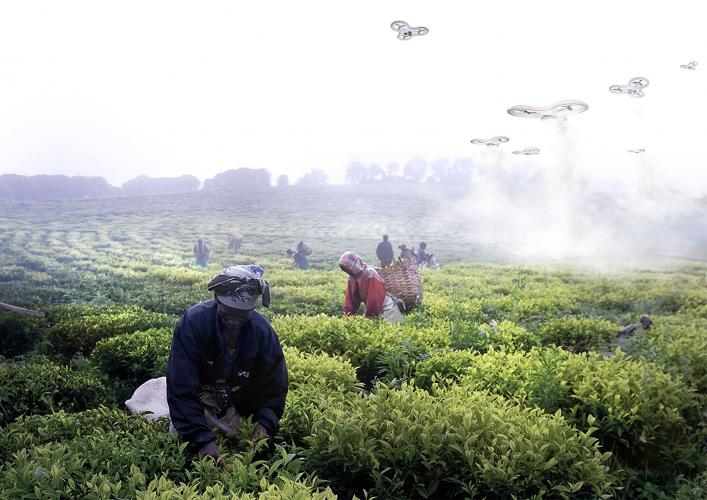 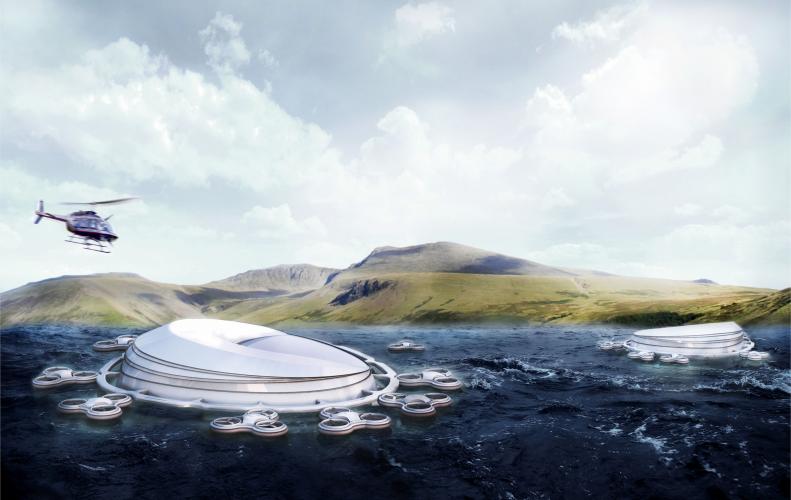