The energy used by the swell is inexhaustible. It’s present everywhere on the globe and it has huge potential for man, equivalent to the energy produced nowadays by the whole planet. The main difficulties to exploit this are the transformation, the transport and the storage of this energy. This project aims to imagine a structure where man could live and be able to use this energy in situ. Indeed the sea gives birth to a hydro-sensible architecture, which warps, transforms and eases with perpetual interaction with its environment. This structure is like a chain that sway vertically and horizontally with the rhythm of the swell, building a dynamic and livable space which also allows the production of energy. The inhabitants would connect themselves to this twisted matrix which modify permanently the perception of space. These cells react to the movements of the place where the space dilates and contracts under the influence of waves, making a flexible and evolutionary architecture. The system is modular and extensible, able to develop and proliferate on top of the sea, creating true autonomous archipelagoes.go 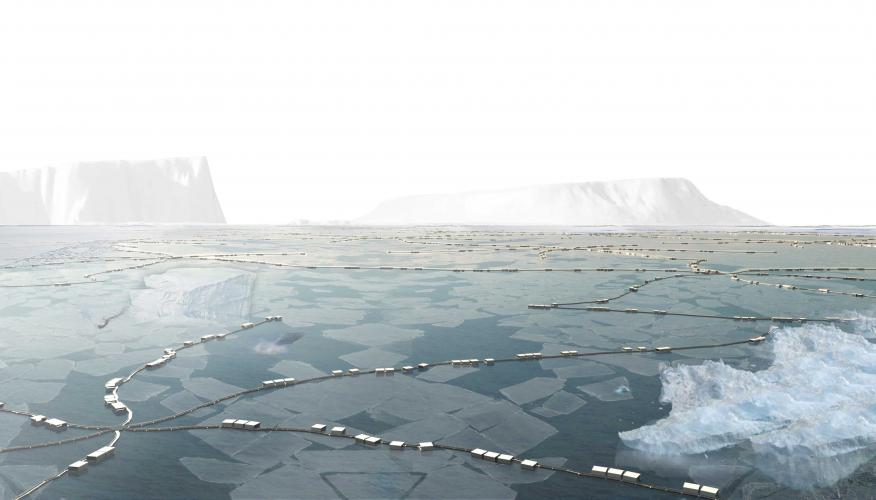 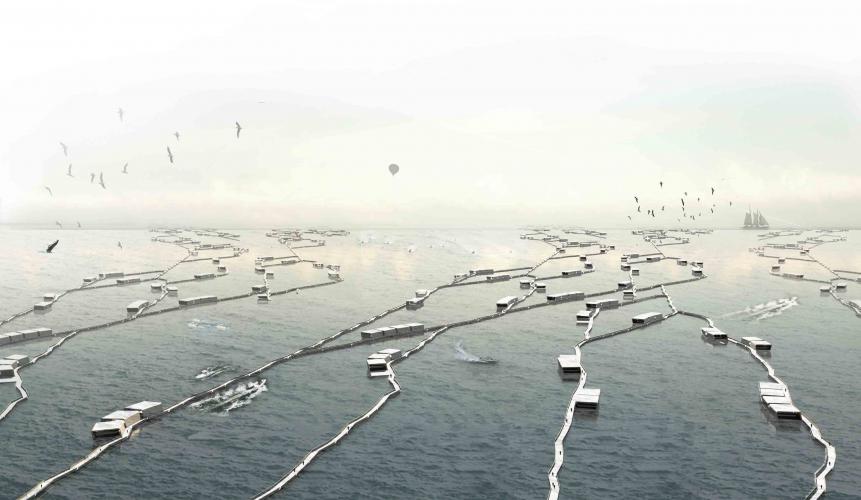 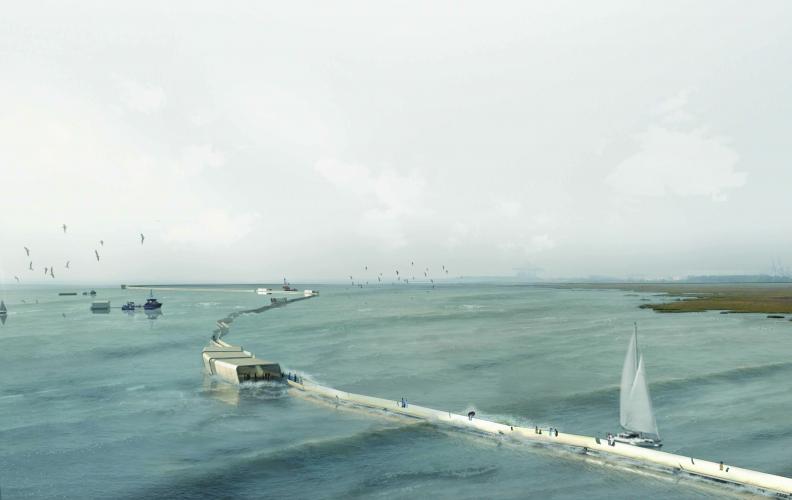