A project by Lisa Figueras and Eric Dubois. In the light of the race again pollution, a crew of young architects and engineers were assembled by the Intergalactic green league to come up with a plan. A few months later, a mobile underwater city that double acts as a giant water purification center known as The Whale Snake was completed. The vessel can capacitate a crew of 300 members engaged in protecting the environment and explore the unknown nether regions of the ocean. As its name suggests, the vessel was inspired by the anatomy of the whale and sea snake. The idea of feeding on plastic by filtering masses of seawater is reminiscent of the way whales feed on planktons. To do so, the polluted water is redirected into a canal formed by a series of artificial lakes that filters plastic particles, before releasing them back in the sea. The overall shape and mode of propulsion are inspired by the anatomy of sea snakes, allowing it to travel to locations where the seawater needs to be purified the most. Aside from its functional usage, the generous amount of public space and amenities available around each section of the canal provides favorable living space for its inhabitants. A system of tilting platforms is also implemented to ensure that the living space stays leveled even when the Whale Snake isn’t.

Descriptive of Author : Fast and Curious 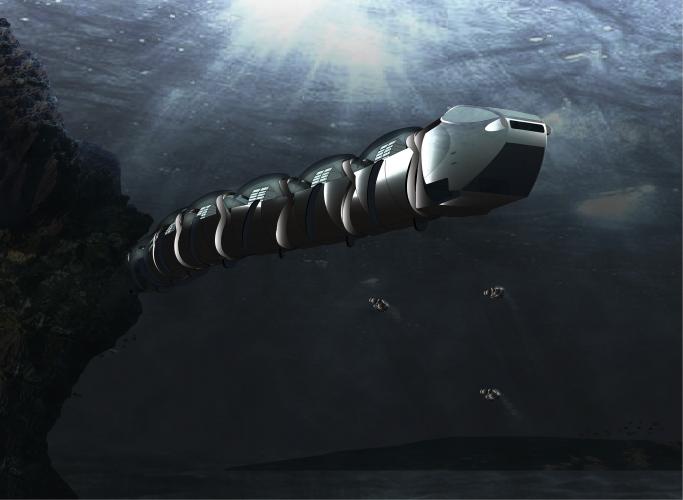 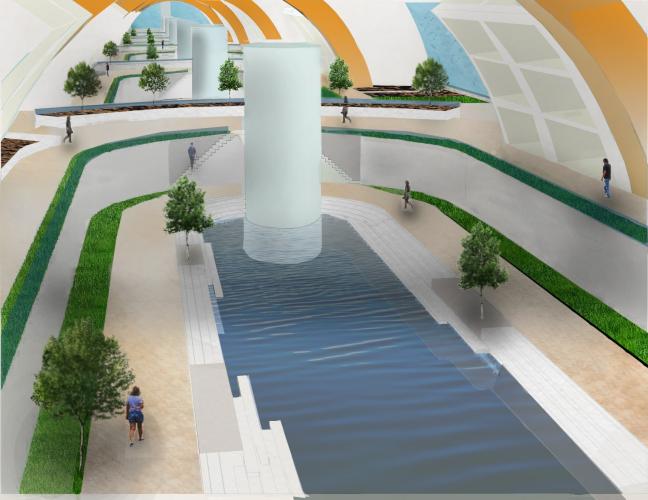