Space Exemplar is a proposal to make real the dream of inhabiting the moon. Riding on the wings of NASA's Artemis, the gateway will open to the making of 3D printing prototype shelters on the moon. Inspired by the humble seashell and antique cave, this habitat will only use the moons resources to create a protective, self­ sustained, liveable, happy and unique environment. The Lunar Regolith is especially suited to its native environment and composed of the most versatile materials: metals like Iron, Aluminium, Titanium; minerals like Silica, and most importantly life sustaining oxygen. Out of it can be derived Regolith concrete, Aluminium Glass, Metal Alloys and Carbon Fibres for construction. The project proposes to use the sharp, steady and consistent sunlight through an easy, time proven, heat generating mechanism of Convex lens to derive these various elements from the Regolith. Another key resource is Lunar Ice found on the moon's surface as a thin mist at some places, and buried underground at other; it will form a sustained source of water, oxygen and fuel (hydrogen). Hence, the project is strategically located near the Shackleton Crater at the Lunar South Pole, where abundant sources of both perpetual sunlight and lunar ice are available. For radiation protection, apart from the solid mass of the structure itself, the 'dynamo' mechanism is proposed to mimic the earth's electro-magnetic field, which so successfully protects the earth from SPE and GCR. The concave lens technology is proposed for focused heat generation, solar panels for electricity, laser beams to melt out meteorites and a mechanism of thick convex skylights is to bring in much need light; diffused to reduce the heat and pleasant for plantations and habitation, like on earth. The habitats will be built in stages one at a time; they will be tried, tested and evolved. Beginning with 6 people and growing steadily. 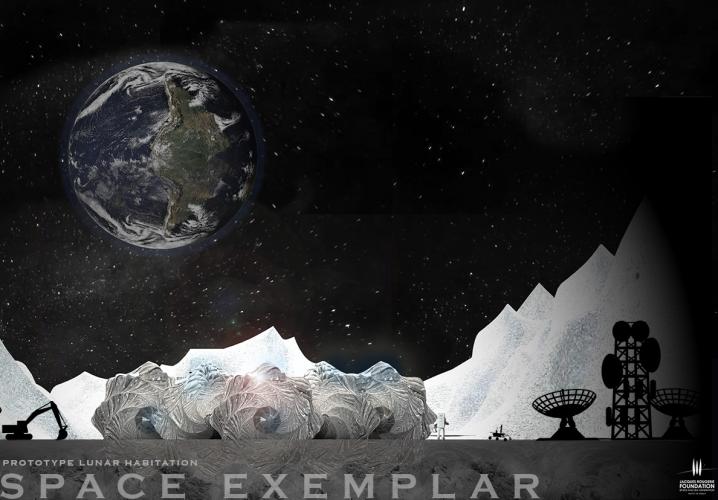 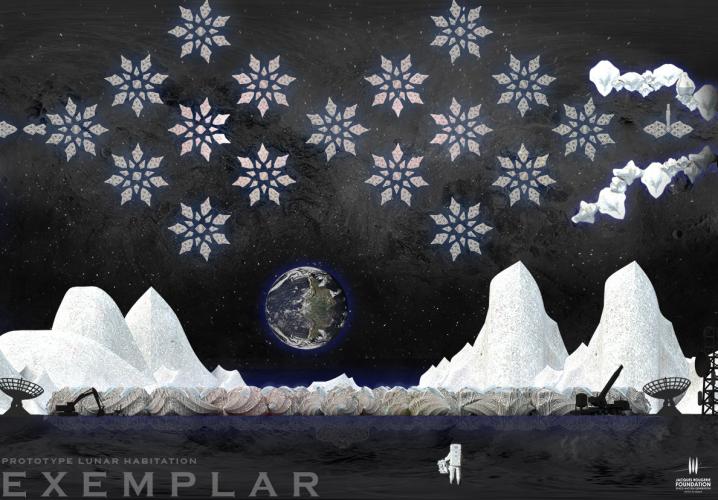 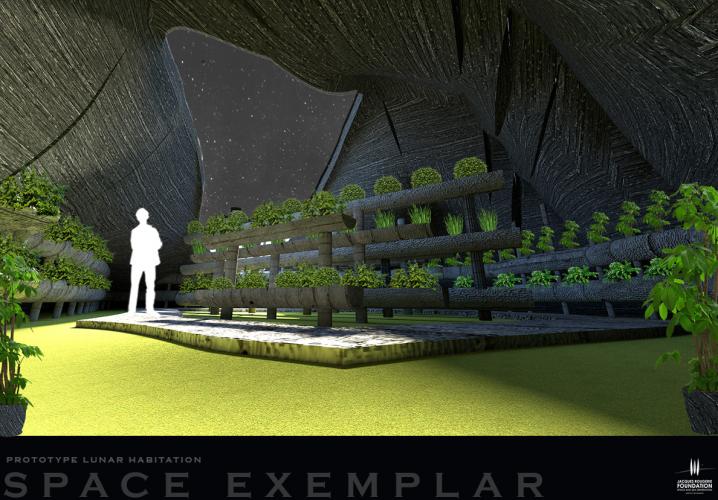 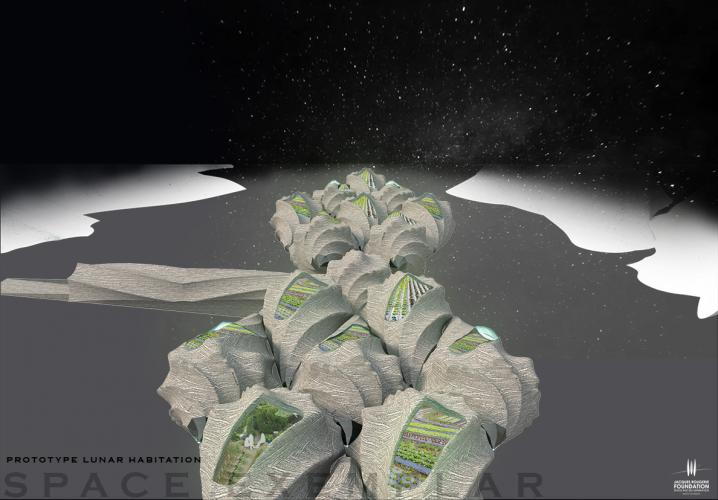 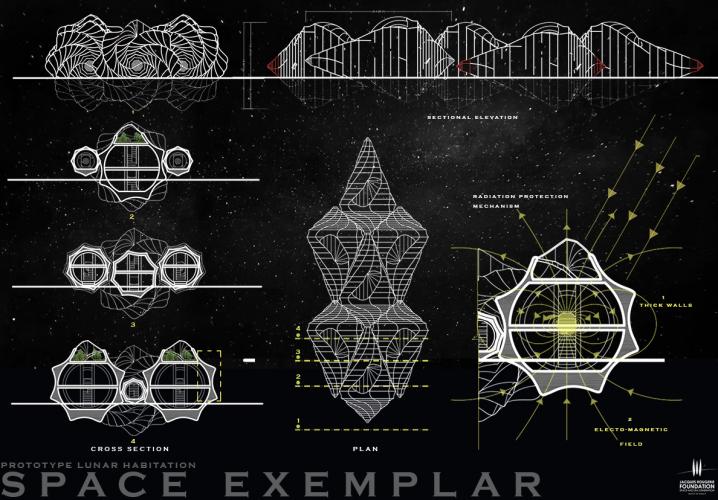