The main idea of â€‹â€‹this new project is to create what we call a "city witnesses." This set at the entrance of the estuary of St Nazaire, in shallow waters, would be both an image to STX innovation and renewal, but also respond to a growing demand for housing in the region which would mean not on earth, but on the sea as a new way to expand the city. These floating elements, called simply "modules" could be bonded on site, thereby forming an infinite number of configurations similar to an archipelago, adapted to the climate as the landscape of the place of destination and are self-sufficient in energy. Also, these new towns, formed by an assembly of several modules could leave the countryside to which they are attached without leaving a footprint, by the constant flotation modules even once up and operating, the important thing here is to limit the impact on the marine environment. As stated previously, the construction is not limited to the simple creation of housing, but rather to existing various elements in the city today and invent a way to experience the city of tomorrow. Specifically here, we develop in the manner of a catalog any kind of modules: Housing, Parks and Gardens, professional activities (offices), Halles (market or cultural events), etc.. Of course in order to recreate a daily even within these islands, not as do cruise ships or artificial islands (the initial goal is not the same). 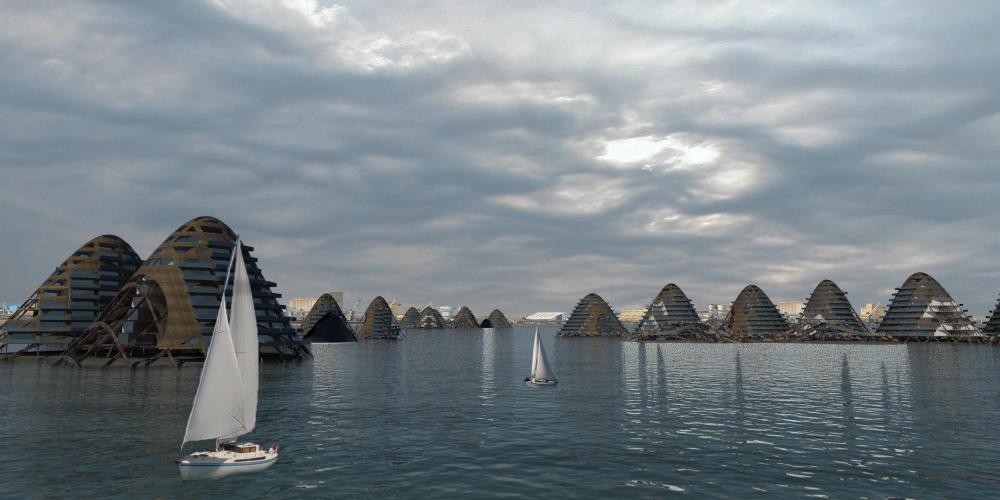 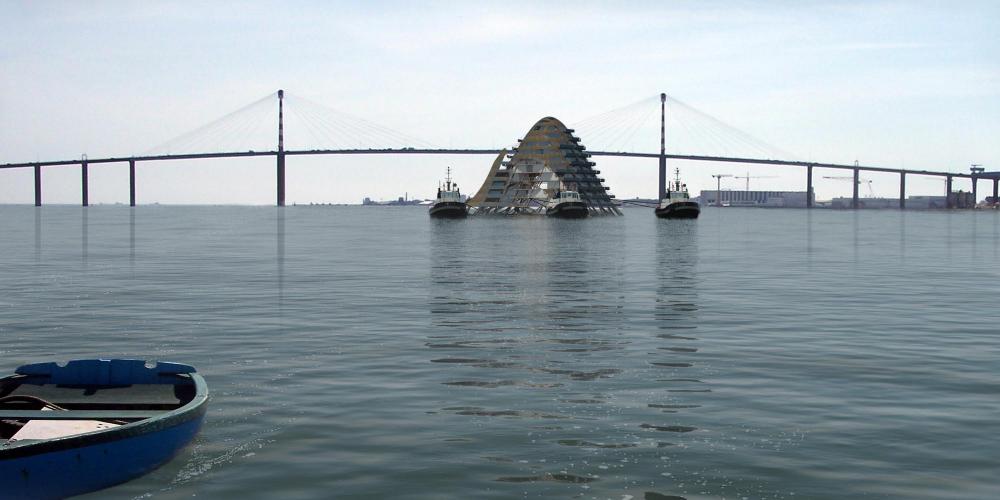 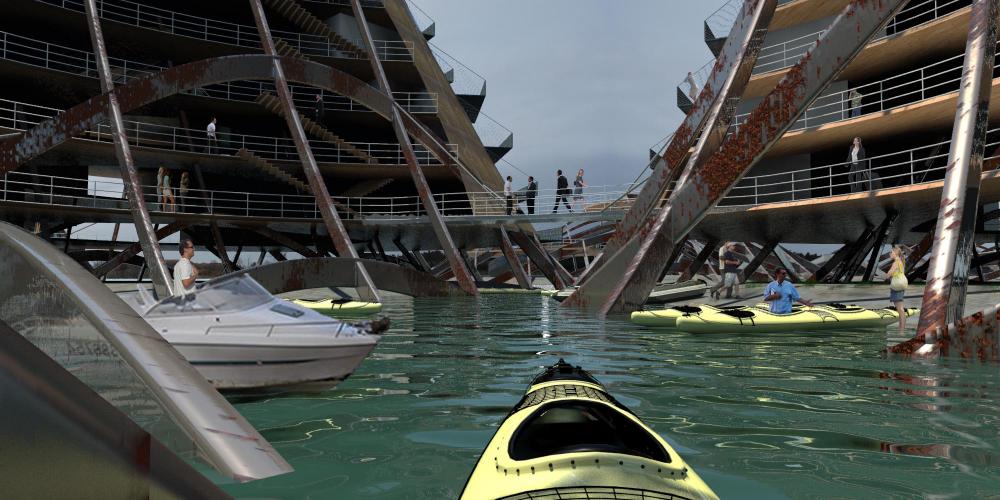 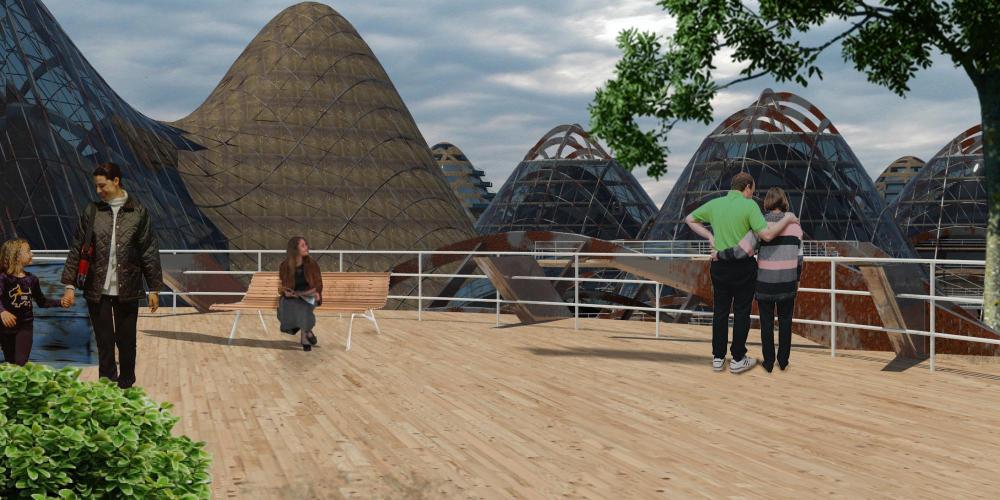 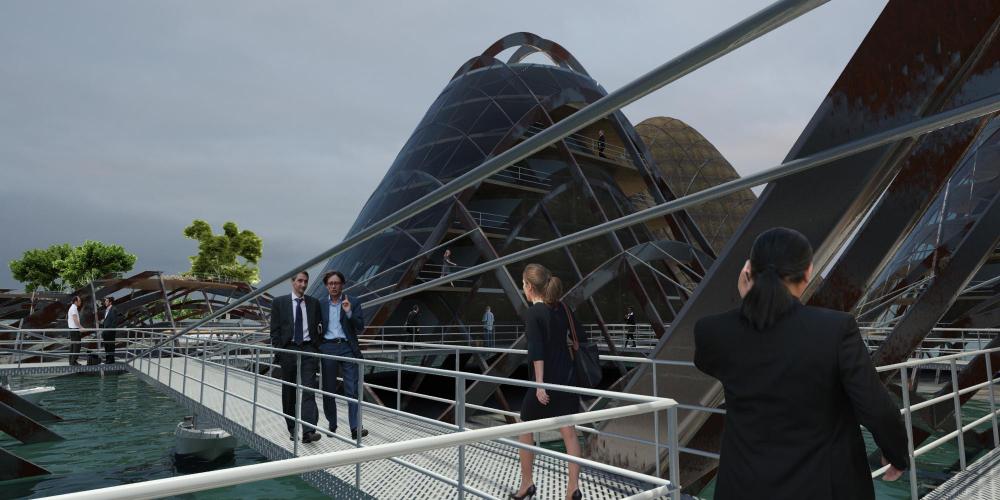 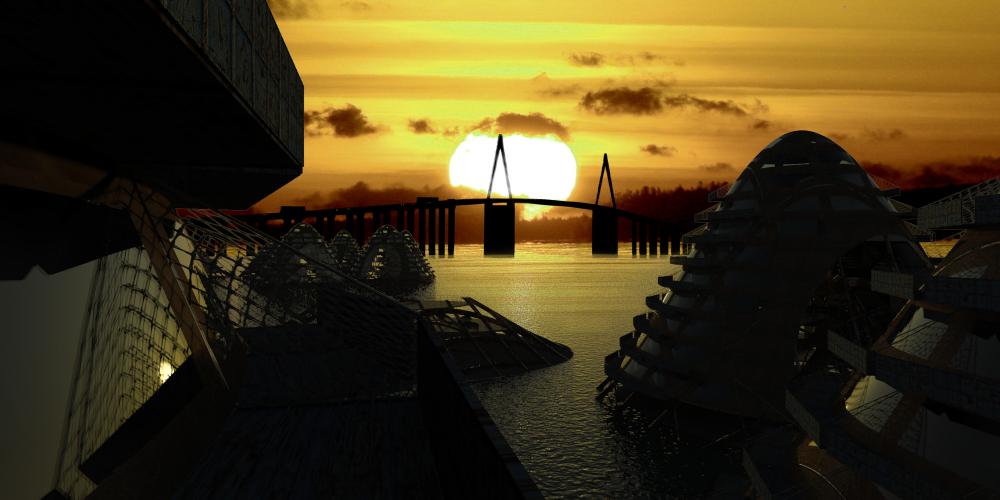 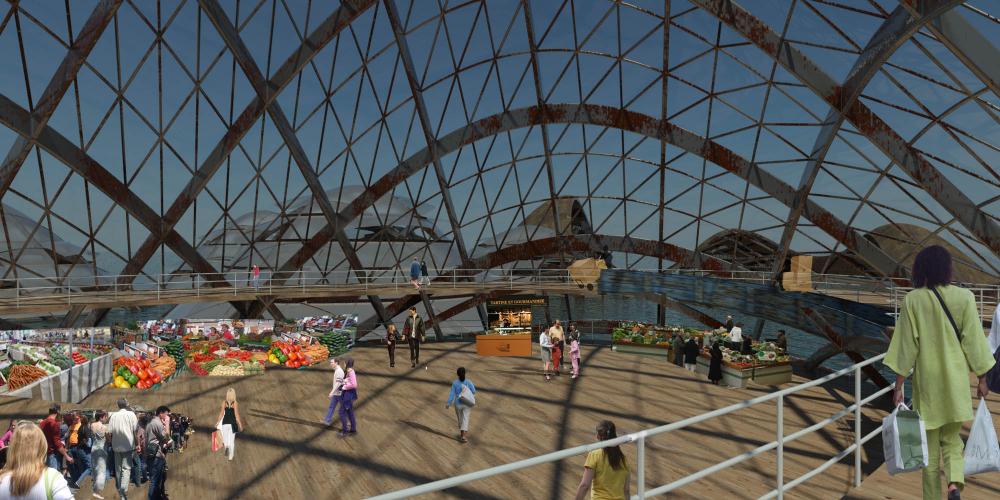 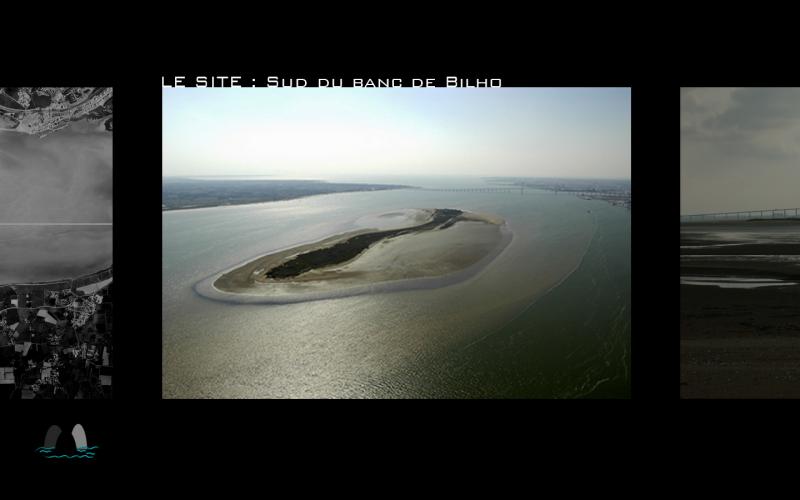