Given the perpetual expansion of human activities, the impact on Earth’s natural ecosystems become increasingly severe and lethal. Progress in construction technologies allow us to build upwards into outer space. The Terra Chronicles proposes a network of vertical monuments for the life on Earth, continuously built up through the decades into the great beyond. The Terra Chronicles archives all living species in its proximity by storing their DNA and data samples of within a fiber unit that reflects the interactions and crisis each species faces through time. The physical distances between each fibre unit reflects the actual engagement between the two species on the Earth. The distilled nodes between several fibers are the ecosystems the species are found in. These knots recreate natural environments and provide the opportunity to rehabilitate living and endangered species. They are also replicas of ecosystems on earth. The Terra Chronicles host seeds of biomes that have the potential be restored or expanded so that one day the Earth or other habitable locations could teem with life. The Terra Chronicles is constructed of three distinct structural systems for coherent articulation of its function and form. The primary structure is made from thick bone like branches that support the secondary hair-like fibers that embodies each species and the tertiary system which is composed of soft round membrane capsules extruded from the intersection and nodes of the primary and secondary members. From the distance, each tower reads as a linear timeline, extending into space, embodying the life and death of the organisms on earth that are struggling to change and adapt to their environment. The Terra Chronicles is a tribute to nostalgia but also a potential seed waiting activation into space. 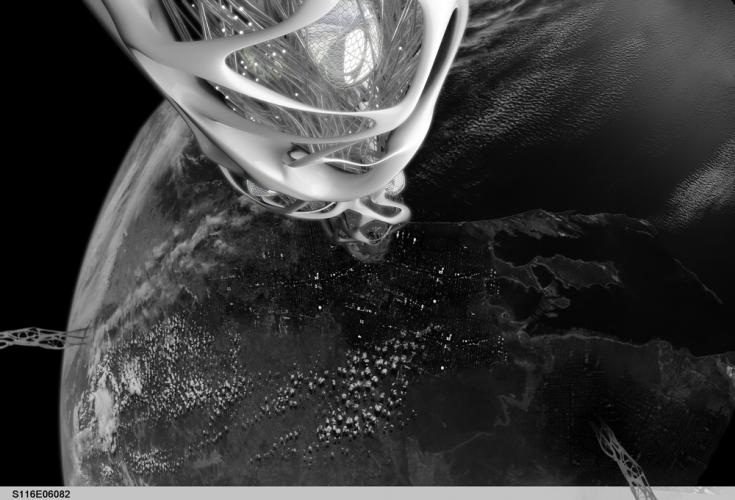 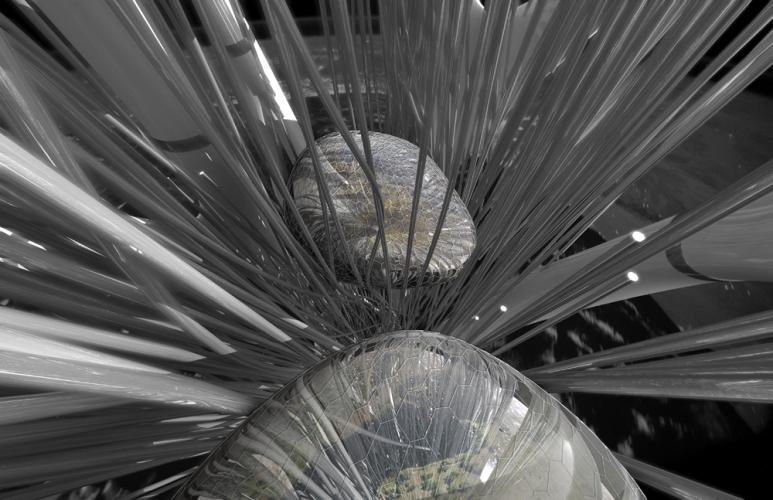 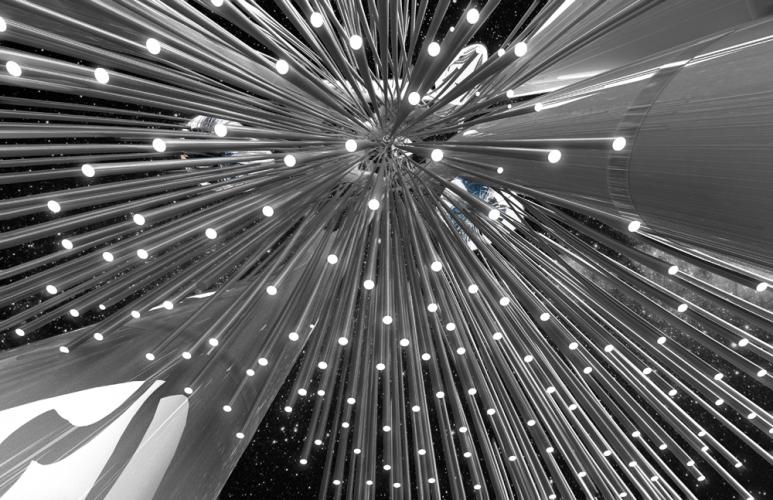 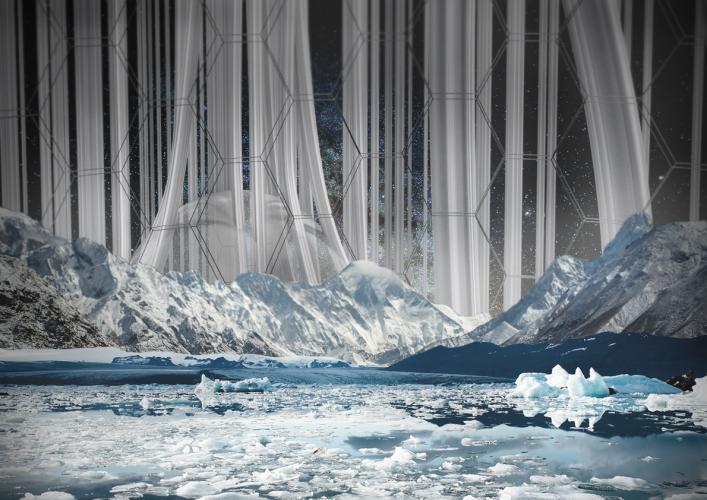 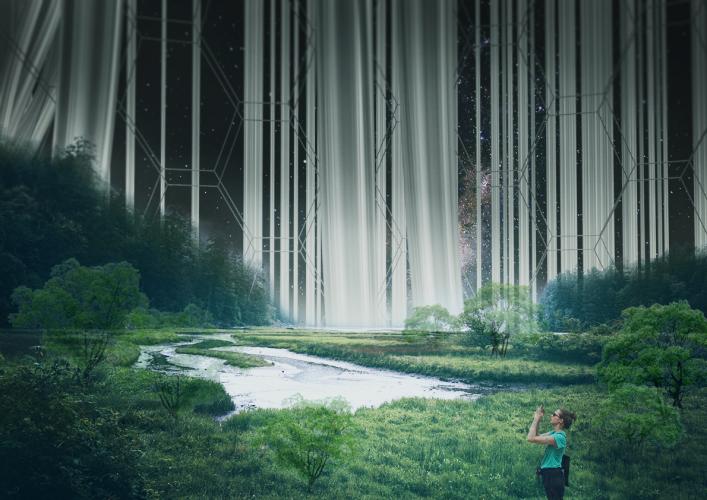