The Aegean Sea is a site of territorial contestation, huge areas exist that are international waters but Greek airspace. In these zones of duality, I have sited my project; the island of demokratia. The island is a man-made assemblage of floating barges and towers made as a place for the Greek people to learn, test and critique alternative democratic systems for the ultimate betterment of their own. The project uses models of alterity in democratic thought to contextualize the activities of the island and provide a testing ground as beneficial as possible for its citizens. Political Theorist Chantal Mouffeâ€™s model of agonism is used as the primary catalyst for all activity. Agonism, derived from the Greek agon (meaning struggle), seeks to restructure the friend/enemy relationship of modern democracies to one of mutual respect that utilizes differences in opinion to its advantage. Through the island these ideas are then integrated into both Greek life and its political system. The siting of the project in disputed waters allows themes of sovereignty, legality and hence bioethical sciences to further contribute to participation there. The obscurity of the site is lessened by its inherent accessibility through the intricate Greek national ferry routes. Bioethical issues such as mutated aquatic plants (macrophytes) and cultured pearl farming are programmatic devices that support the activities of the island as well encourage an air of controversy and mystery about demokratia. This seeks to attract opposing mindsets from the Greek populous for which the island provides an arena and system for the discussion of such issues.

Descriptive of Author : An Island for Democracy 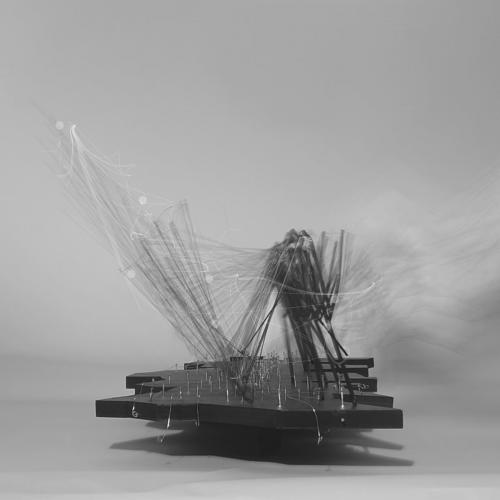 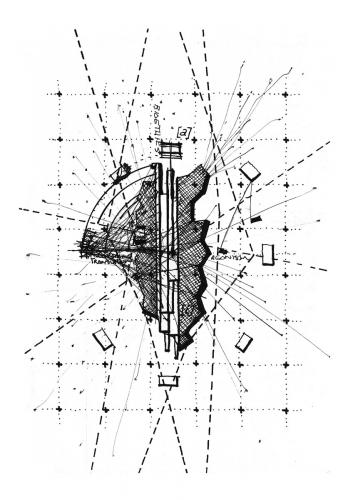 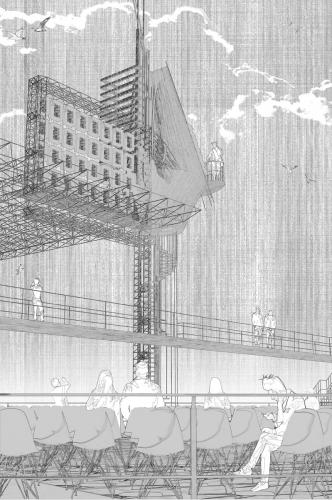 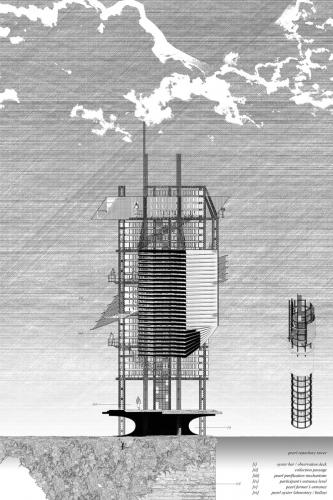 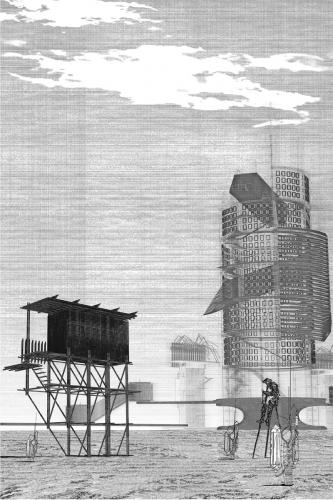