Can we imagine what the earth will look like in the next few years ? Either the land and the seas, both can be destroyed by the garbage. On land, garbage can be buried, but we need an alternative. Ocean Eyes is an incredible project to handle the garbage issue in the ocean. The project proposes a strategy which takes on the issue of a new environment on the ocean that can finish the waste/ garbage issue on the ocean. This Proposal also represents another issue. The issue is about the demand of an environment/ a city/ a community that can fulfill their own needs of habitat, power, water, and the waste management in a single building. Through the use of a functional bottom layer, we are able to collect the garbage and contaminated saline water from the ocean and turn it into a recycled garbage, electricity and pure water resource. It is a self-sufficient city. Here are four programs that will be applied in the project 1. Collect the Garbage There is a twisted garbage Collector at the bottom layer. To draw the garbage and contaminated saline water, also as an electricity resource from kinetic power. 2. Sorting & Purify The most important thing in waste recycle process is the sorting process of garbage based on the material. Organics, Non-Organics, and Minerals 3. Recycling Contaminated salt water is desalinated and purified to produce fresh water suitable for human consumption and irrigation. Recyclable garbage converts into new usable products. 4. Garbage Launching Un-recyclable garbage is pressed and processed to be launched with space shuttle air ballon to Garbage Space Station. This is a space station as a final place to put the un-recyclable garbage that orbiting the earth. Garbage is packed with round capsule and then the capsules are tied to each other like a web. People will hold a festival that originally celebrated to launch the garbage to the space. But the festival also focuses on gatherings the peoples of the city to know each other more. 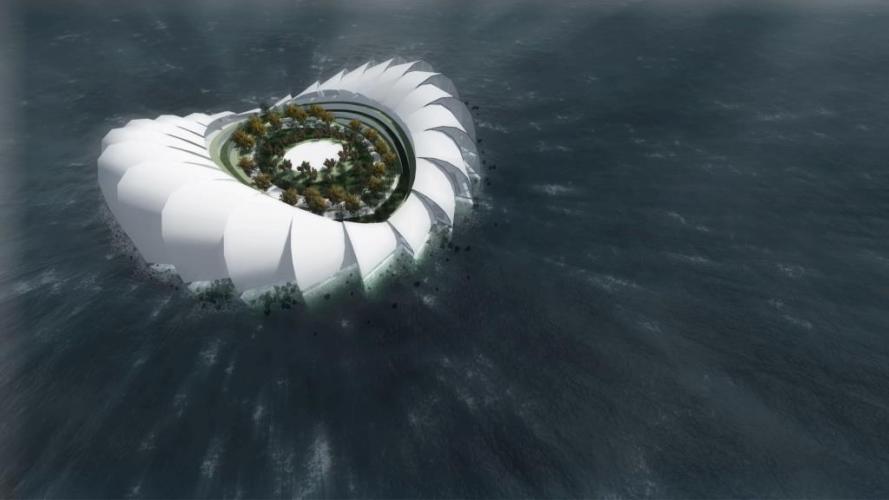 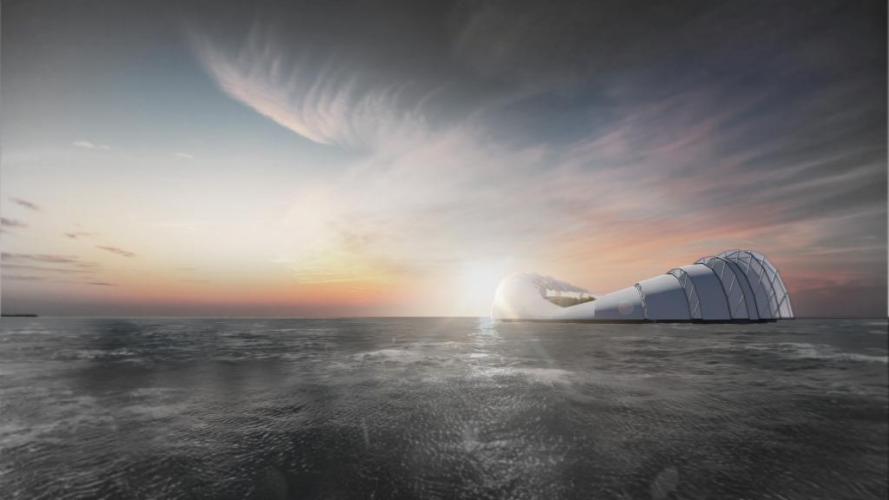 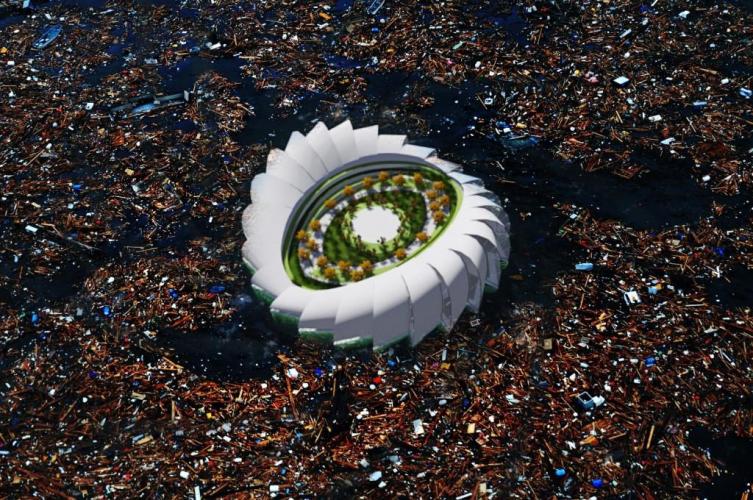